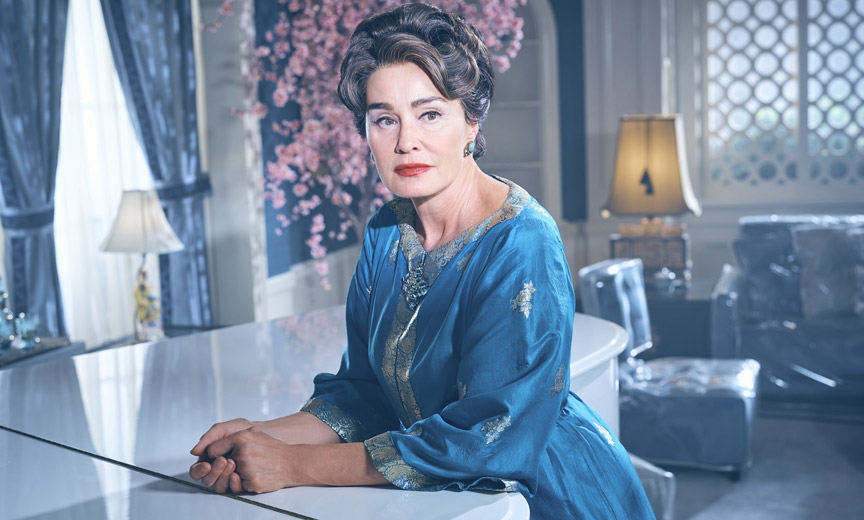 Is it better to have a bad mother or no mother at all? The jury is still out. But when it comes to entertainment, bad mothers can be a blast. So – in honor of mothers everywhere – here are some of the worst pop culture mothers we love to hate:

In this Hulu series based on a true story, a mother with Munchhausen Syndrome derives satisfaction from having a sick daughter. The only problem? Her daughter is perfectly healthy. Not to be deterred, this mother (Patricia Arquette) shaves the daughter’s head and subjects her to endless medical treatments. But there is a surprise ending to the unendurable suffering.

When a teen daughter’s sexuality is revealed, the truth of how her parents really see her comes out. Though her father is cool, her mother (Kim Wayans) dishes out physical violence and shouting matches. This is one of those situations where it’s almost harder to tell which lands harder – all out screaming or nasty things said in a quiet tone.

This sports drama was based on real events in a documentary called High on Crack Street: Lost Lives in Lowell. The mother (Melissa Leo) manages her son’s promising boxing career, but she and her other son are only too ready to kick him down the stairs for a little cash. It’s the ultimate lesson in what can happen when a mother cares more about money than her own children.

Some mothers are bad. But Mary Jones (Mo’Nique) is one of the nastiest to ever appear on camera. Unquestionably, this violently temperamental mother needs to check her attitude before she leaves her titular daughter with nothing but abuse to remember her by.

The story of a con woman and his oh so cruel mother (Anjelica Huston). She a grand scheme to have her son’s girlfriend murdered and then attempts to steal from him to boot. Spoiler Alert: she almost gets away with it.

Love for one’s child, particularly when that love is contaminated with fear, can push mothers into some pretty spooky territory. Memorably, this mother (Angela Lansbury in the original, Meryl Streep in the remake) cooperates with the evilest of evil plans. She puts her boy through mind control, even turning him into an assassin in hopes that it may give him an edge.

In the mood for hear endless insults that invoke the name of God Almighty? Watch what happens when one mother (Barbara Lassiter) deals with her daughter coming s out as a lesbian. In the end, she may not be the ugliest mother on the list, but she’s an anvil around her daughter’s neck all the same.

Watch out for a tough as nails mother (Regina Torné) who keeps everyone’s stomach in a knot. Most importantly, Mamá Elena believes she has every right to control her youngest daughter’s life completely – essentially enslaving her. Mom even ends up throwing her daughter into a mad house – which ironically saves the daughter’s life.

Having an A-list celebrity for a mom is not all it’s cracked up to be. Particularly when mama fliest into one of her many rages. Ruthlessly ambitious, when she wasn’t busy attacking her kids, Joan Crawford (Faye Dunaway) reportedly even blackmailed longtime FBI kingpin and cross-dresser J. Edgar Hoover. Don’t f**k with her, fellas! (Extra kudos to Faye Dunaway for continuing to showcase Crawford’s questionable parenting skills in FX’s Feud: Bette and Joan.)

Beware the overly religious, angry mother (Piper Laurie). Other horror films may have more gore, but the climax of this film gets twisted as this tormented mother vows to “spread the gospel of salvation through Christ’s blood” – and blood just keeps on filling the screen.

While Gertrude (Julie Christie) in many ways seems to care for her titular son, she falls down on the job in many ways. She seems less-than-interested in the murder of Hamlet’s father or the usurping of his throne. And – though it’s a directorial choice – most productions show Gertrude’s interest in her son may border on the incestuous.

Disney’s Queen Grimhilde (Lucille La Verne), better known as the Evil Queen, was poor Snow White’s real mother in the original fairy-tale. The beautiful mother is consumed with jealousy for her daughter and plans to do away with her. Whether it’s easier to swallow her as a stepmother (as studio execs thought) very much depends on your personal experience with mothers.

Want more entertainment as seen through the LGBTQ lens? Sign up for MetroEspresso. 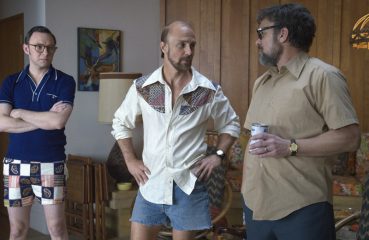 Bob had a breakdown! Gwen sang! And even though the skies were gray, the cast was radiant in the wake of Judith’s passing in Fosse/Verdon Episode 5 “Where Am I... 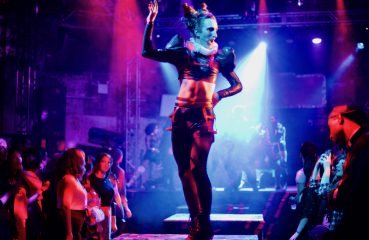 Let’s face it: If we’re all gonna go up in a flash of light underneath a mushroom cloud, Oscar at the Crown suggests a pretty sweet way to kiss the day goodbye. The...