These 3 Movies Will Make You Laugh, Cry and Think 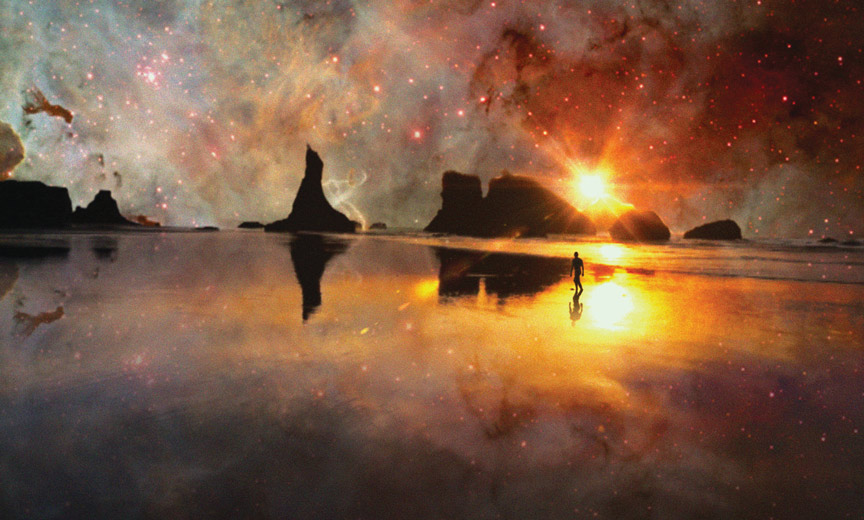 A woman named Brittany decides to run for her life. Jeff Goldblum plays a lobotomist with eerie charisma. And a hunky soccer player perceives more than meets the eye.

This is a campy, gender-bending, Portuguese frolic. It intertwines international soccer, mad science, government conspiracy, refugee crises and stampedes of mammoth, fluffy puppies. If that sentence doesn’t make you want to see this flick, then you probably shouldn’t. But if you do, you’ll have fun time watching the titular Diamantino (Carloto Cotta – Tabu) playing a sort of burlesque version of Cristiano Ronaldo.

He’s the world’s most famous soccer player, a man as chiseled as he is childlike. The secret of his genius on the soccer field, he tells us, is the gigantic lap dogs that he perceives running with him through fields of pink mist. However, after a day of pleasure boating with his elderly father/coach and his two bossy/busty sisters ends in Diamantino rescuing a raft of desperate refugees from Africa, everything changes. As when young Siddhartha first learned there was suffering in the world, so the princely Diamantino cannot get the event out of his mind.

Quickly this distraction leads to him blowing the final game of the World Cup and retiring in disgrace. Yet Diamantino has a new purpose now, to help the “‘fugees” and hopefully adopt one for himself. Here the plot gets really thick as government agents investigating him for money laundering use his bleeding heart as an undercover way into his home.

Meanwhile his wicked materialist sisters make a secret deal with forces seeking to spark a nationalist surge to leave the EU using a team of Diamantino clones! Also: the mad science involved may cause Diamantino develop breasts. The Word: This wild romp isn’t high art, but does make good points about global politics and the dire need for more fluffy puppies. Coming to: Theaters 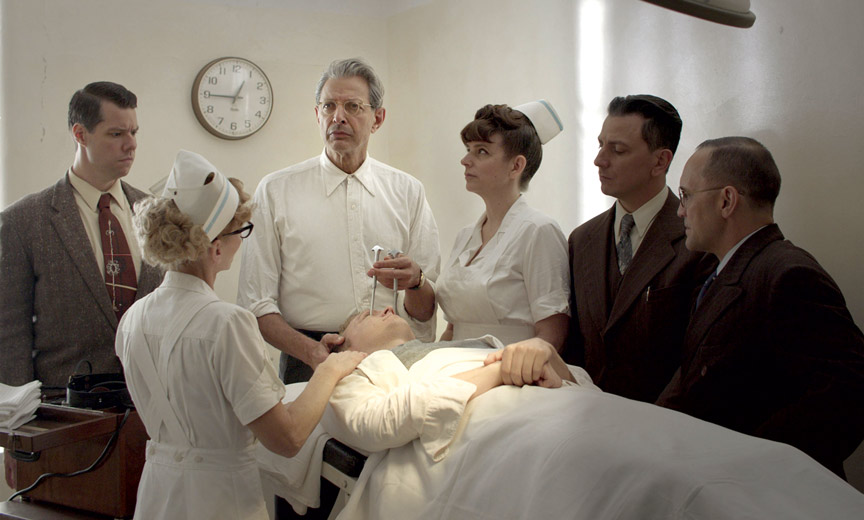 Jeff Goldblum glows with a dark and eerie charisma against the stark backdrop of director Rick Alverson’s The Mountain. When Andy loses his father (Udo Kier), he ends up working for the man who years ago lobotomized his mother. Dr. Wallace Fiennes (Goldblum) travels the United States hammering metal spikes around the eyes and into the frontal lobes of anyone whose doctors and family will pay him for it. Meanwhile, Andy hefts the luggage and takes their patients’ pictures afterwards.

Goldblum’s powers are on full display here as somehow his considerable charms seem not much diminished by the loathsome labors of his character. In fact he seems like a pretty nice guy, giving a job to the lost puppy of a man he helped to orphan. Andy witnesses the good doctor chisel the spirit out of patients, mostly powerless women, who range from the manic to the simply depressed. However, he lacks the will to do anything about it. Goldblum’s character is based on an actual doctor who pushed lobotomies on the ignorant long after medicine had begun to widely question the practice. As a reminder of this not-so-long ago era (the 1950s), The Mountain is both fascinating and haunting.

But beneath the insidious mutilations we see on screen lies an even deeper layer of horror in the story. Audiences will surely feel its desolation and promise of a broken future. Young Andy is played by Tye Sheridan (Mud, Tree of Life) who co-starred in Alverson’s anti-comedy Entertainment. Dynamic French actor Denis Levant (Holy Motors, Beau Travail) is thrown into the mix as a desperate father who offers up his wild-eyed daughter (Hannah Gross – Mindhunter) to the doctor for his savage cure-all. The Word: Alverson’s films are certainly an acquired taste, and the pacing will test many viewers. But if you can make it up the mountain (Goldblum’s presence really helps), there is singular vista awaiting at the summit. Coming to: Theaters

Read Next | Let These Divas Make Your Playlist for Summer 2019 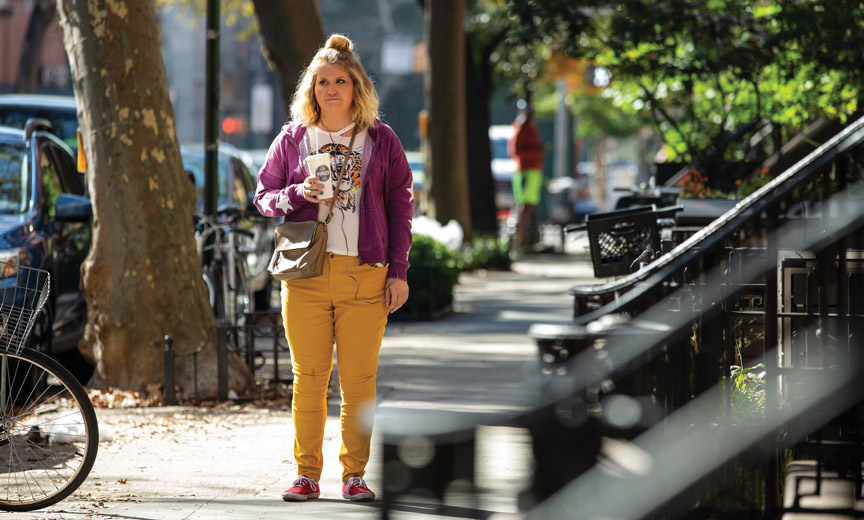 This is a film that’s much funnier and fresher than its title and premise might suggest. Brittany is fabulous, funny, friendly, fat and pretty much makes sure that she is always the life of any party. But when she visits a doctor in the hope of scoring some Adderall, she gets slapped with a prescription that she never wanted. At the tender age of 27, her late night adventures and early morning walks-of-shame are starting to catch up with her, and it’s time to shape up. Thus Brittany (Jillian Bell – Rough Night, 22 Jump Street, Workaholics) begins a long trek towards self-improvement.

She risks losing some old friends in the process, like her instagram obsessed roommate (Alice Lee – Wish Upon). But she will also gain some unexpected new ones amongst her new running crowd, (Michaela Watkins – Casual, In A World; Micah Stock – Escape at Dannemora). Brittany also needs to focus on her non-existent career. And soon, working as a professional house/dog sitter, she ends up in an awkward state of cohabitation with her co-worker, Jern (Utkarsh Ambudkar – Pitch Perfect), after they both illegally move into the fancy New York apartment they’re taking care of. What makes this film by award-winning playwright Paul Downs Colaizzo (making his directorial debut) substantial is that the story rings true in so many ways.

There’s a predictable dip into self-doubt and self-destruction just as Brittany is starting to make things work. It’s a necessary counter-beat that’s been known to slow many other stories, but here it’s meaningful and well done. However, what really makes this film worthwhile is Jillian Bell, who – whether fat or fit – is very, very funny. The same can be said of all the actors named in this review, in addition to Lil Rel (Get Out) who plays Brittany’s brother-in-law. The Word: Brittany may learn to have a life, instead of just a succession of wild nights, but it’s still wicked fun. Coming to: Theaters 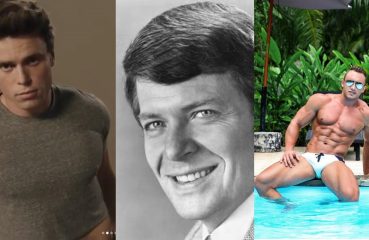 Metrosource wants to put you at the center of LGBTQ culture, with a wide array of features that cover topics that range from politics to entertainment, celebrity and personal... 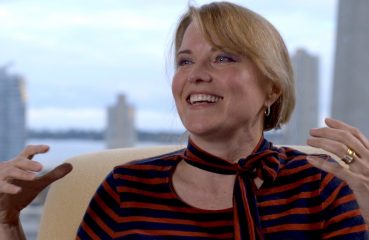 As the Outfest films roll out in LA this week, Queering the Script is sure to sharpen the festival’s focus. In its 93 minutes, this Canadian documentary written and directed...