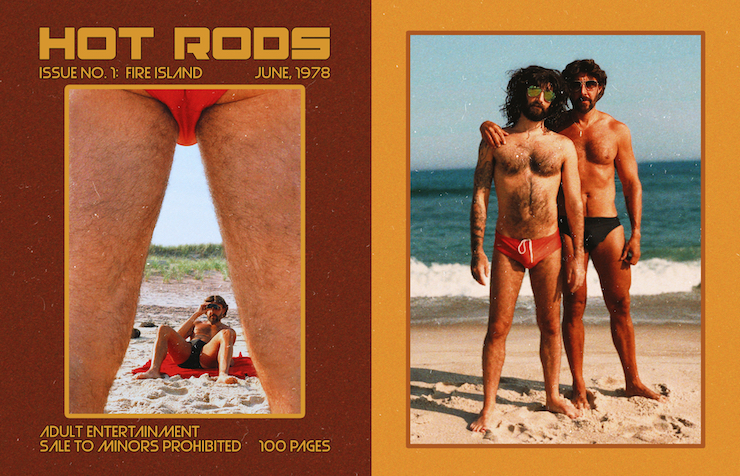 It was my plan to shoot two more editions of Hot Rods set in 1983 and 1996, so I made @markmackillop play dress up yesterday for a “test shoot” aka “let’s put on outfits after this next drink.” Link in bio for Hot Rods 78.

Learn it and learn it well: Real friends support you by buying your books and then posting insanely hot thirst traps all over social media like @markmackillop has been doing for me lately. Thank you so much, Mark! Means so much!!!

Hot Rods ostensibly evokes an era of free love and Fresca, but the grand irony is that we now look back longingly on events that occurred just a year ago. In the golden haze of gays gone by, we could hug, we could kiss, and we could fondle with furious abandon. Ah, the hirsute history!

Some pics from Saturday’s outdoor book signing for Hot Rods at FIG in Cherry Grove featuring so many friends who came down to meet “Rock Hanson” and have their books signed, including Sonny Shores. Special shout out to @gmessina121 for overseeing each of the sales and taking most of these pics and to FIG for hosting. Link in bio if you’d like a copy of Hot Rods.

Scarnici has a gay old time conjuring up the sins of the past as a skewed storyteller and general emcee of perversion. Hot Rods is just the latest title in his library of lascivious comedy writing, which includes Sex in Drag, I Hope My Mother Doesn’t Read This, and Dungeons and Drag Queens.

TBT to finally relaxing on Sunday and then realizing SPF30 sucks donkey dong, back to SPF15 I’m still pale AF.

The camera loves his stubble-specked mug, as you can witness in Scarnici’s on-camera work. He appeared in his own directorial debut, Glam-Trash, he played Gay Man #2 on a classic episode of 30 Rock, and he even popped up in the Lady Gaga incarnation of A Star Is Born.

Don’t tell @paul_regan_bk, but I’ve been hooking up in the shower with this guy every afternoon.

But now, Scarnici is ditching the mainstream fare and immersing readers in an X-rated wonderland of sweaty studs and misguided hairstyles. As we search for a happy ending from the viral misery infecting our present tense, we reminisce about the past with yearning and nostalgia… and plenty of ChapStick.

So I’ll be doing a book signing at FIG on Fire Island Saturday, August 22nd betweeen 4-6PM for my latest book, Hot Rods. I’ll be outside signing books and playing disco, so swing by to say hey if you’re in town! Hot Rods is also available via my website. Link in bio. 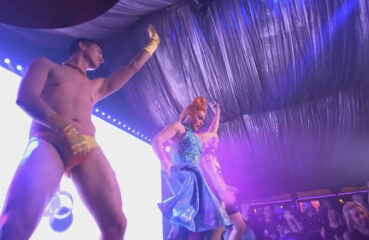 Hold onto your britches! The queens from Drag Race UK are back for a brand new docu-series, God Shave the Queens. Days after we watched The Vivienne become the UK’s first Drag... 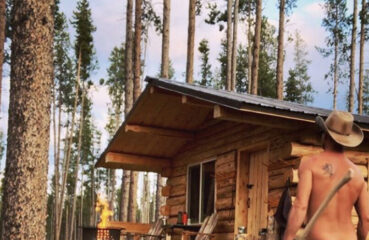 In the past few days, various “hard news” stories “popped up” about a “naked rancher” (ok, enough with the air quotes). Our interest was immediately piqued and our...