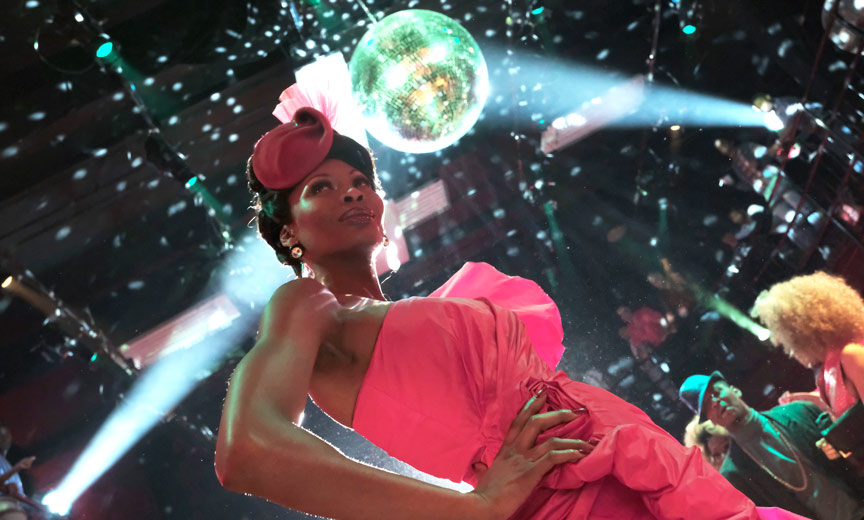 What are we hoping for Blanca, Angel, Elektra, Pray Tell and company when FX’s diverse drama Pose returns in 2019?

Spoiler Alert: This article contains references to plot developments you may not want to know before you finish Pose Season One. If you haven’t, you may read on, but don’t say Mother didn’t warn you.

The final ball has been walked and the trophies have all been snatched, but don’t worry, darlings: FX’s Pose will be returning for a second season. If you haven’t been watching, you’d best get to streaming; Pose is one of the best queer shows on television right now — with a groundbreaking cast and creative team telling fantastic stories. But, while we get our outfits together for the next round of balls, here are a few things we hope to see more of in the upcoming season.

Pose has done an amazing job of showing us the ball culture when it comes to the world of its family units and their turns on the ballroom floor, so in season two we would love to see the show venture further into the streets of 1980s New York. There was so much going on at this time in NYC — from how nightlife glitterati reacted to the death of Andy Warhol to the community protesting the policies of the Reagan administration. This is an ideal opportunity to return to a time when the downtown queer scene hadn’t been “cleaned up,” when artistry and expression ran free on Christopher Street and beyond. We’ve gotten glimpses of what life looked like then, but we hope to see more — including more areas of the city. Pose hasn’t backed down from the challenge of showing us some of the gritty realities of prostitution and the AIDS crisis during the era; we hope Ryan Murphy, Brad Falchuk and Steven Canals will continue to seek out more of the city’s queer history.

Though Pose is, in many ways, about life with one’s chosen family, we hope that Season Two will offer more opportunities to see how its characters came to grace the ballroom floor. This could include taking us into the life of Angel before she joined the House of Abundance or showing us how Ricky ended up on the streets. Though almost all the characters on the show have rich identities, there is still plenty of room to add texture to their characters and give the audience a greater understanding of where their favorite ballroom legends began.

When we were first introduced to Damon, he was being kicked out of his biological family’s house and ultimately onto the streets of New York City. Though it would not be long before he ended up finding a new family in the House of Evangelista, we hope to eventually see Damon look back to his family and explore the relationship between him and his parents — whether or not he is able to get back on good terms with them. Even in today’s world, these kinds of family rifts are still faced by many queer people, and if there’s anything at which Pose excels, it’s exploring non-traditional family dynamics.

2. Angel Getting Ready to Be House Mother

Angel Evangelista has been one of the most consistently absorbing characters throughout the first season, and the finale left us with a taste of what her future may hold. It was still a heart-wrenching moment when Blanca told Angel about her HIV status and that Angel will have to face the reality of being next in line to be mother to the House of Evangelista. Though it may seem a daunting task, Angel showed us her potential to take it on when she chose her adopted family over Stan, and we hope to see her fully develop into a strong, fierce mother in the future.

1. The Evolution of Elektra

Elektra has been a fan favorite, giving us iconic, quotable dialogue and unforgettable fashion moments at nearly every ball, but her character development in the finale forces us to ask the question, “Where do we go from here?” We saw Elektra on a high when she led a life of a luxury and ruled over a legendary house. We saw her brought low when it was all taken away. And we saw signs of hope as her relationship with daughter Blanca came full circle and she joined the house of Evangelista. Will she be able to adapt to life with her new family? Will she make another attempt at amends with her former sugardaddy (Chris Meloni) or seek out a new one? Or will her dominion over the door at Indochine bring about a whole new life? We can’t wait for Season Two to show us what her new category is…

What do you hope to see more (or less) of in Season Two of Pose? More music? More history? Even more diversity? Let us know in the comments below. Or keep the ball going with essential cultural references you may have missed in Season One or some thoughts on 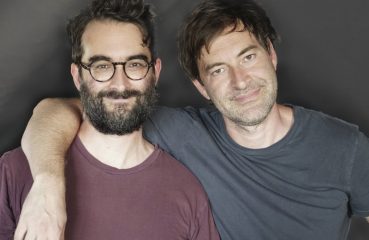 From the Cohens to the Wachowskis, Hollywood loves a pair of creative siblings, but what do the Duplass Brothers offer in their recent memoir that goes beyond what they share on...

The Go-Go’s musical, Head Over Heels, isn’t likely to challenge Othello or Death of A Salesman for great insights into the human condition. It’s certainly not...