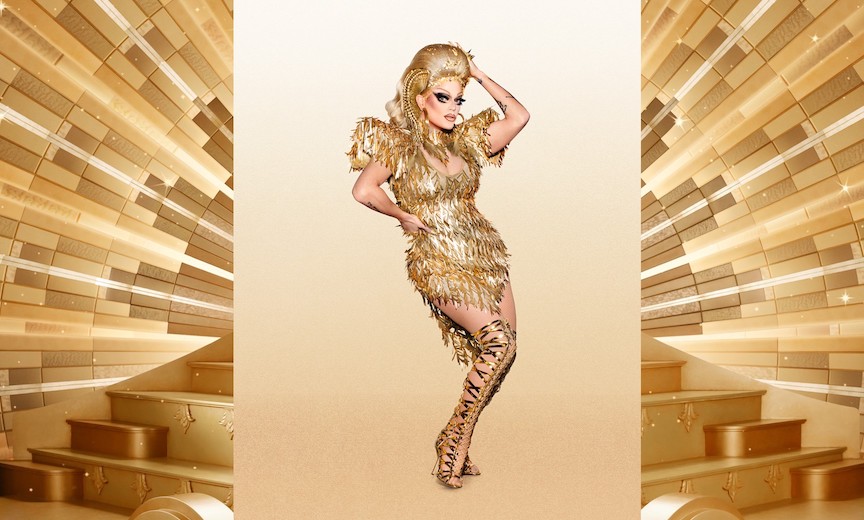 There she goes again, as Drag Race All-Stars: says another goodbye to Morgan McMichaels.

We caught up with Morgan among all the queens on display (a drag buffet, if you will) on the eve of the new season.  We had to know: What went through her head the first time she stepped out of the house dressed as a woman? Her answer will no doubt tickle you where you need it most.

Yes, our hearts are heavy to say buh-bye to 38-year-old Thomas White whose hometown is listed on the RuPaul site as Loch Lomond, Scotland. Of course, he’ll be back in his current home of Ontario California for a hot minute until the heels and wig come out.  Then, Morgan will be back entertaining the masses at nightclubs at home and abroad.

We’ll miss Morgan, who’s become a familiarly made-up face to Drag Race fans.  She is known on the show for her punk/rock and roll style drag, her outfits on the runway and her lip-sync and performance skills. She also won hearts in demonstrating her love for her relationship with long-time bestie, Raven.

A Name Fit for a Queen

To answer the question drag queens hear most often, Thomas chose the name Morgan from Morgan le Fay, the queen of the fairies in Arthurian legend. (In addition, Morgan can also be a name for a boy or girl.) McMichaels came later from her drag mother Chad Michaels and drag father Adam Magee (Chad’s partner), but she wanted to keep it Scottish so she spelled it as McMichaels by simply dropping an “a.”

For those unfamiliar, Morgan McMichaels was eliminated during the 5th episode of Season 2 of RuPaul’s Drag Race.

According to the official site:

“The main challenge of the episode was to create a wedding between the queen’s male side and female persona, and to create their own bride gowns for the photoshoot and runway presentations. The queens had to pose for separate pictures, first dressing up as a groom in a full-on tuxedo, which Morgan put a twist on. He wanted to look separate from the other groom photos, going for a punk-rock look.Morgan described his groom look as: ‘He just probably rolled out of bed and threw on a leather jacket and a tie and came to the chapel.’Morgan’s bride dress was critiqued as looking too much like a costume, and her bride and groom photo didn’t wow the judges.”

Check out our Events page to see if Morgan is coming to your town any time soon. 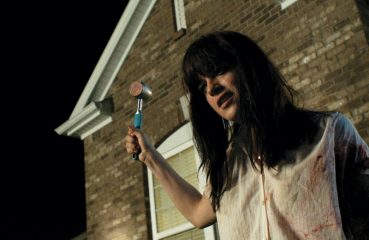 Some films only have a good premise going for them and most need far more than that to succeed. However, the perfectly titled Mom and Dad might be one of those few that gets by on... 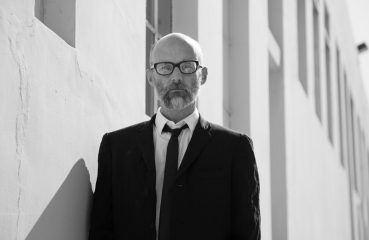 Moby Everything Was Beautiful, and Nothing Hurt (Mute Records) By turns Haunting and filled with despair, the latest release from Moby beautifully tackles the brokenness of...