Hollywood History Awaits When You Stay at the Hotel Bel-Air 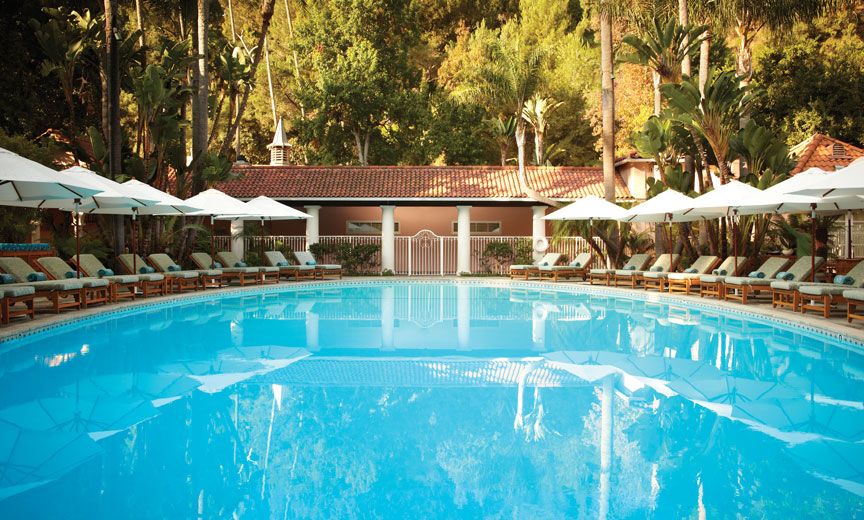 Is there such a thing as too much pampering? If you’re lucky enough to be staying at the Hotel Bel-Air, the answer is a resounding no. Hotel Bel-Air is the stuff of legend. Royalty, heads of state and stars of the silver screen have been dropping in for decades: Marilyn Monroe, Grace Kelly, Montgomery Clift, the Beatles and Judy Garland are just a few of the luminaries who have sought the refuge of this storied escape.  And so it was with great anticipation that I arrived on a beautiful picture postcard day in late September. Nestled in the canyons just above Sunset Blvd., the Hotel Bel-Air is an oasis of calm with lush vegetation and impeccable accommodations. Set on 12 acres with 103 guest rooms (58 rooms and 45 suites), the ambience is a balm for melting away stress and soothing frazzled nerves. The staff is courteous, warm and welcoming, making the check-in process as smooth a transition as I’ve seen. My deluxe guest room with its own private patio was lovely and immaculate.

The Lay of the Land

As I had a spa treatment scheduled in two hours, I explored the grounds a bit, following the meandering footpaths that lead to the pond where majestic swans drift past the eye. They also serve as a trademark of the hotel – the silhouettes repeat on pool towels, guest room soaps and there’s even an oversized inflatable swan bobbing in the pool (available on request). But any thought of the hotel’s many amenities quickly faded with my first star sighting within an hour of my arrival. I couldn’t take my eyes off the stunning , strapping gentleman with the piercing gaze lingering outside the hotel restaurant. Why did he look so familiar? Then it clicked. He appeared on my radar as a much-buzzed about new star of Grey’s Anatomy (rumored to be playing the show’s first openly gay male surgeon). I tried not to stare, but failed miserably. Due to the hotel’s privacy policy, I cannot confirm the accuracy of my celeb sighting. So you’ll have to take my word for it when I say that his matinee idol looks and glass-cutting cheekbones left little doubt in my mind.

That mystery solved, I made my way to the pool for a swim. The weather couldn’t have been better. It was a perfect day – just like in the movies. I selected a chaise lounge in the shade to unwind while a pool waitress offered samples of the day’s smoothie. I went in for a dip and was actually able to get in a decent workout — even though it’s not a traditional lap pool. And I was surprised to see that the area around the pool was not populated with the hipster crowd you might find at the trendier hotels in and around Hollywood, which suited me fine. After all, I was there to unwind, relax and restore.


After a not terribly taxing swim, I made my way to the spa. I was early, allowing for a little Zen time in the relaxation lounge. I settled into the comfy couch and absently stared out the window while sipping Egyptian chamomile tea with honey, listening to soothing spa music and drifting into a state of nirvana. I resisted the urge to take a selfie and let the moment soak in.

Before I knew it, it was time for my facial. The aesthetician greeted me cordially and welcomed me to our appointment. I settled into the treatment bed, which was heated like a cocoon of warmth and serenity. For the next 50 minutes, she worked her magic, massaging and extracting, steaming and applying mists of scented spray and soft soothing masks and creams. I was in heaven.

I left the hotel grounds to meet a friend for dinner, but was soon back at the hotel and ready for bed. I slipped under the satiny-soft sheets and slept like I didn’t have a care in the world. 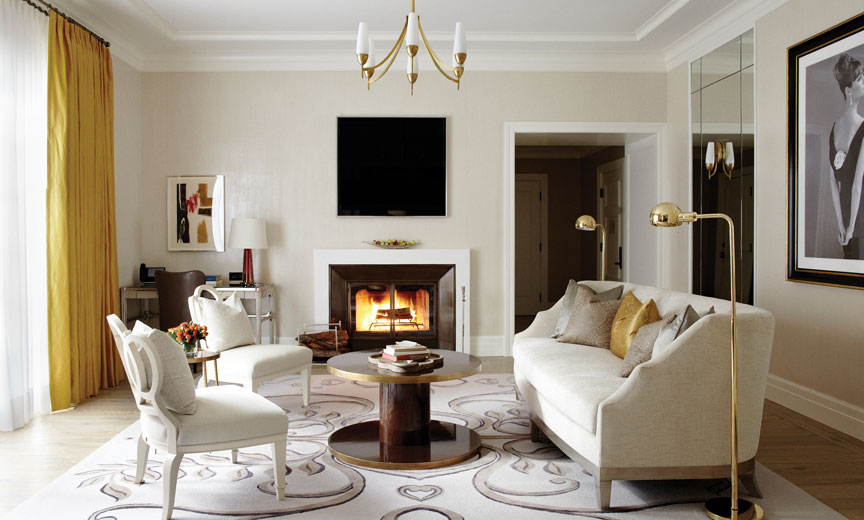 Relax, Don’t Do It

One of my biggest hotel pet peeves is noise. But I found my room to be pin-drop quiet, just the way I like it. The next morning, I took advantage of the spacious bathtub while watching MSNBC on the in-bathroom television, just enough reality to satisfy my leftist liberal media news fix. I enjoyed a leisurely breakfast in a part of the hotel that transported me back to another time as vintage Sinatra and Bobby Darin tunes played over the sound system. I started with a refreshing custom juice blend of cantaloupe and cucumber. Then came the entrée, a custom vegetable omelet with microbasil, a side of berries and not one, but two mocha lattes dusted with cinnamon.

Checkout was at noon, but I wasn’t ready to leave. So I packed up my things (which the hotel graciously held), allowing me to squeeze in a few more hours of leisure at the pool and spa. Parting is such sweet sorrow when you’re living large at a five-star hotel. 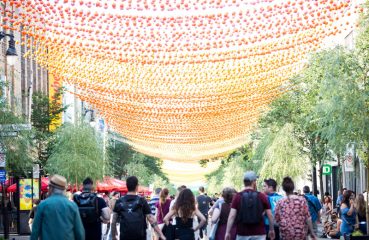 Say a Gay “I Do” in Québec, Montréal: The Most French City in the Americas

The largest city of the Canadian province of Québec, Montréal is both an alluring and idyllic destination for a honeymoon that can be as extravagant or economical as you wish.... 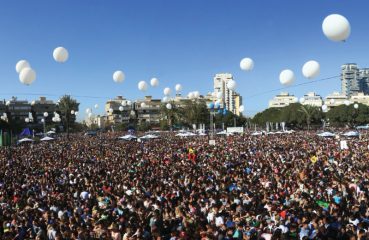 If you’re an LGBTQ traveler who constantly craves the costumes of Halloween and the street parties of Mardi Gras, Israel hosts a holiday where you’ll feel right at home. For...