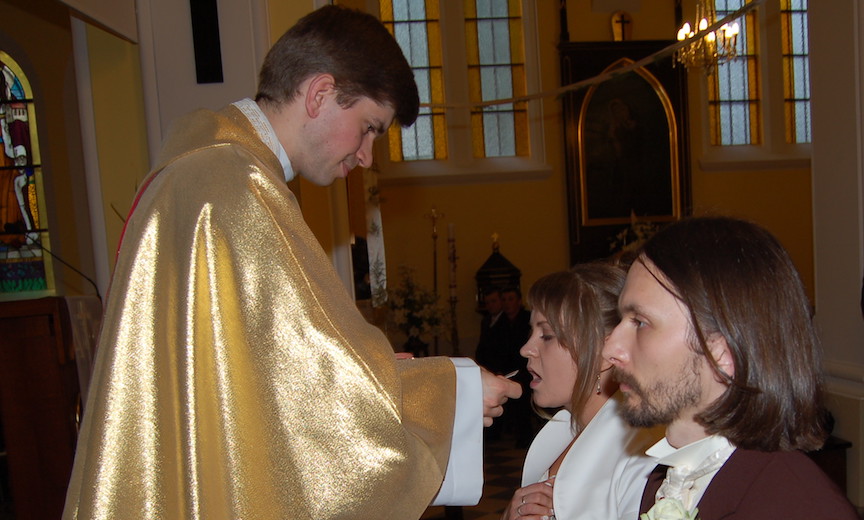 Can you outrun your childhood?

Possibly not, I realized after a brief tryst in Louisville. There on a press trip, I bumped into the cutest guy I’d seen in quite some time. Red hair, eyes of a cerulean summer sky, and a smile that would make sunshine jealous. We sat by the crackle of hotel lobby firelight and laughed, told stories, and shared secrets until I invited him up.

Being Catholic was one of the things that saved me as a boy. Not “saved” in the everlasting sense, mind you. But saved from spending time with my mother and ogre of a step-father. Once I became an altar boy, I had a free pass from the anarchic drama my parents called “home.” I’d do my chores, but then scamper off into the comforting arms of my savior, and my parents couldn’t have any objection. Who could carp about service to the Lord?

That was one of the topics Brian and I landed on when we started chatting, and neither of us could say enough about how it had shaped us. Loving the security, loving the traditions, loving the serenity had clearly intoxicated us both. That the Holy Church railed against homosexuality was almost incidental, as we both acknowledged: the Church said one thing in its dogma, while the brothers and the priests and the rest of the Catholic hierarchy did what they pleased with a wink and a nod — and maybe a few extra Hail Marys for good luck.


As the next morning wore on, we had another go around and then cleaned up to depart. I asked to see him again. He said he’d like nothing more, but didn’t think it was a good idea.

I was gobsmacked. I had just several times helped a Man of the Cloth violate his vows and was hoping to do so many times more. I asked him how, if he was set in his beliefs, he could do that — and why he didn’t tell me the whole truth from jump street.

He shrugged. “I’m a sinner. We all are. The best we can do is try to live by God’s law and ask forgiveness when we can’t.”

I was overcome with sorrow and shame. I couldn’t deny my attraction, or our connection. But I also couldn’t conscience how someone could so casually sidestep his own code of ethics for romps with randoms.

At that point, we parted company and I was left thinking that although I had left Catholicism — and indeed, Christianity — for something that felt more spiritual and less hypocritical, I still felt an excruciating pang of what the faithful call “Catholic guilt.” I never contacted the priest again. I never heard another word from him either, even though we had exchanged phone numbers the night before.

I wouldn’t reach out to him for another night of passion, another drink by the firelight, or another moment of camaraderie. Every time I wondered whether he might be the One Who Got Away, my mind would bounce to those serene hours in the Church, what they meant for me, and how one man took my trust in him and my former faith, put them in a blender with his own insensitivities and set them swirling together on high.

I was never abused as an altar boy, as so many have been. But this one man reopened old wounds, poured salt in them and ambled out of that hotel with a conscience clear as any spring morning. 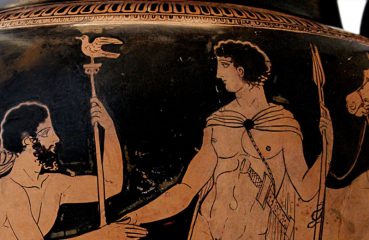 How to Be a Gay Daddy 101 – Part 1: Know Yourself, What You Seek and Who’s Looking for You

Being a gay Daddy has its perks, but also presents a set of challenges that make it perfect for some and undoable for others. So let’s talk about the assumptions, the... 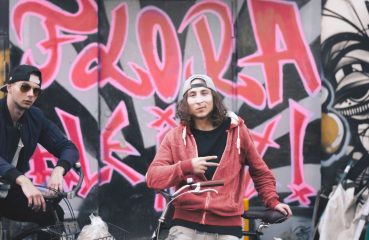 As I approach my 40th birthday as an out-and-proud gay man, I find myself thinking about the years I spent as a closeted teen, including some of the ridiculous things I did to fit...