It’s regularly said that hurt people hurt people, but oftentimes it’s forgotten how those hurt the most by others venture down self-destructive paths that inflict long-lasting trauma. Such is the tale of Jonathan Agassi Saved My Life, an impartial study in morality, or the lack thereof, that premiered at last night’s NewFest.

This gritty documentary opens in a celebratory tone, applauding the rise to pornographic stardom of Agassi, a once-lauded adult industry superstar who ascended to fame through his passionate performances, global escorting and an affectionate embrace of gender-bending experimentation.

Yet not is all as it seems, as the tone quickly shifts from jovial frivolity to an exploration of the family trauma that brought Mr. Agassi to his chosen path.

This is where the film truly starts to hit home (pun intended), as the initially flat characterization of Mr. Agassi we are presented with gives way to a new layer of unexpected depth. His journey into exploring relationships with his parents becomes unhinged, as the audience is forced to grapple with his self-imposed downward spiral into severe drug abuse while the director stands by. Barring a somewhat half-sincere attempt at intervening, the audience is left pondering the ethical responsibilities the filmmaker sidesteps in not actually attempting to stop his leading man from injecting himself with a potential overdose.

Nonetheless by the film’s conclusion we’re assured all is headed in the right direction and Agassi is working on cleaning up his life. While that’s welcome news, it still begs the question: shouldn’t someone have done something sooner? Why do we as a community allow people to reach rock bottom under the pretense that we can’t help them? Can’t we do better to look out for each other?

Metrosource rating: 2 out of 4 snaps.

Jonathan Agassi Saved My Life was directed by Tomer Heymann. 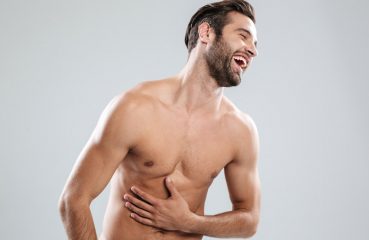 There’s never been a better time to be LGBTQ in comedy. Kate McKinnon and Bowen Yang are representing us on SNL. Tituss Burgess and Ryan O’Connell became breakout stars as gay... 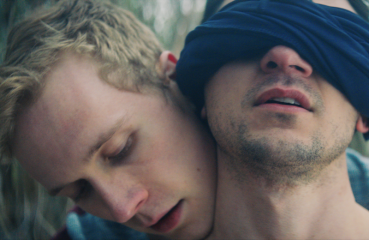 Spending 86 minutes watching Last Ferry, which just made its New York premiere at this year’s NewFest, is a noble exercise in multicultural casting that somehow derails itself...