Let Jake Shears, Kylie Minogue and Nile Rodgers Rock You Into the Weekend!

Written by Metrosource Editor| May 20, 2016| Miscellaneous

Taken from Nervo’s debut album Collateral, “The Other Boys” didn’t make a big enough splash upon release a few months back. Tastemakers that we are, we thought we should use it to launch you into your weekend. 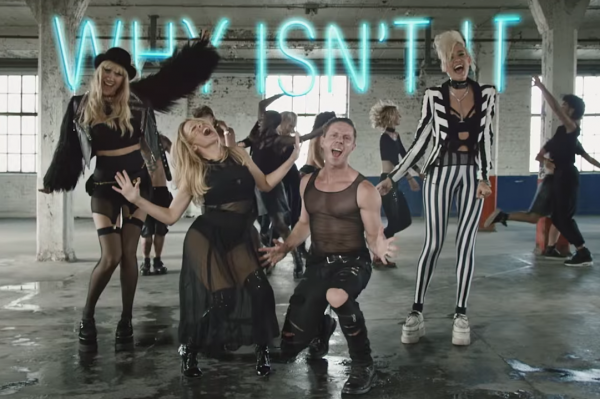 Jake of The Scissor Sisters, Kylie of . . . well, every Aussie gayboy’s dream date, and Nile Rodgers, the man who not only produced “Material Girl” for Madonna and “Let’s Dance” for David Bowie, but also composed “We Are Family,” “Le Freak” and Diana Ross’ “I’m Comin’ Out”. That was his disco-tinged guitar in the mix of Daft Punk’s “Get Lucky” a few summers back, too. Dance around your place to this while getting ready for a night on the town!