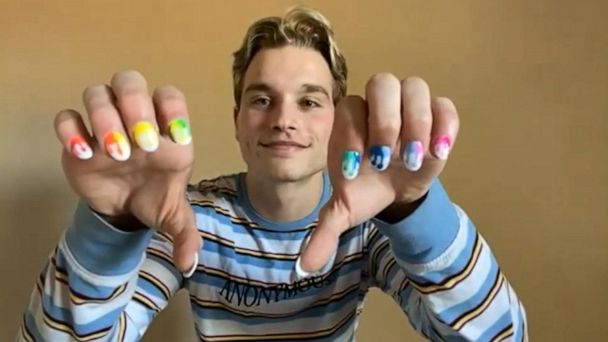 Every generation carves a place for itself in history. From bellbottoms to parachute pants to skinny jeans, the fashion world has always had a leg up on innovation, and the queer community is eternally on the forefront of each evolution.

The administration was colored unimpressed, ordering Trevor to “correct the problem at school” or else he would face further disciplinary action.

Hell to the no, responded Trevor (we’re paraphrasing). Instead, the 17 year old opted for a fresh coat of rainbow-hued attitude, which he sported on Good Morning America. “I am a gay male, so I kind of went for a Pride theme,” he told the popular morning show.

The school responded by issuing an in-school suspension, or ISS. Trevor was royally pISSed off, so he took to the most logical place to air his digital grievances: Twitter.

imagine your school not allowing boys to paint their nails and giving boys iss for it. and the whole administration being okay with it, homophobic and sexist? welcome to west texas🤠

His tweet went viral, so Trevor dug his nails into the momentum of the movement he had just created. He started a petition on change.org to voice his fierceness and flash those killer claws anew.

And the world is responding with a massive thumbs-up. To date, the petition has earned approximately 160,000 signatures, cementing Trevor’s status as an influencer with his finger(s) on the pulse of true transformation.

“I would not change who I am for the world,” declares Trevor. “I’m learning to fully love myself and be comfortable in my own skin and sexuality, and I think that is an amazing thing.”

We think so too, Trevor. Wave hello to the spotlight, say goodbye to oppression, and give the finger to conventional thinking. You go, guy! 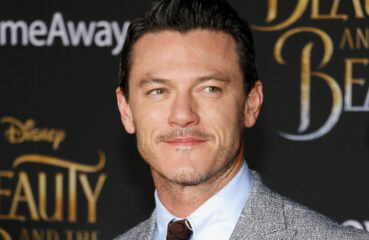 Fans may recognize Luke Evans as the mighty Apollo from Clash of the Titans or the virile Zeus from Immortals. Given this mythical cinematic lineage, the openly gay actor’s...