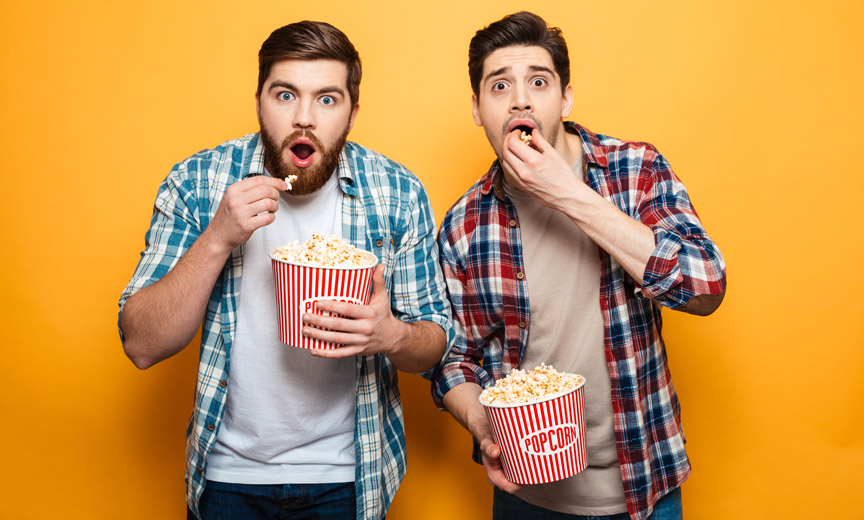 Young Lawrence figures out how to show his true self to his straight best friend – with a little help from Harvey Fierstein.

Kevin Was “That Guy”

For the teenage, closeted me, Kevin was “that guy” — the straight best friend I’d known and crushed on since childhood but was way too scared to tell that I was gay in case he might freak out and never speak to me again.

Our friendship’s hallmark was a love of the arts. Music was his passion, film was mine, and we influenced each other’s tastes. He turned me on to bands like The Police. I exposed him to directors such as David Cronenberg.

One afternoon in 1988, at age 18, we went to see the movie Torch Song Trilogy. Adapted from Harvey Fierstein’s Tony-winning Broadway play, it follows a drag queen named Arnold (played by Fierstein). He navigates relationships with a flaky bisexual, the love of his life (a young Matthew Broderick); an adopted teenage son; and a stubbornly homophobic mother (Anne Bancroft in a spectacularly over-the-top performance).

Riotously funny yet also heartbreaking and poignant, Torch Song Trilogy is one of the 1980s’ best, most important LGBT films. It tackled the complexities of sexual identity and gay parenting long before they were mainstream issues, homophobic violence, and having the strength to stand up to parents who won’t accept you. Oh, and there’s the added perk of Matthew Broderick engaged in man-on-man intimacy (FUN FACT: In the original off-Broadway stage production, Broderick played the adopted son, while Golden Girl Estelle Getty portrayed Arnold’s mother).

I can’t recall how Kevin and I ended up seeing this film that day. Maybe something else had sold out. Maybe it was the only thing playing at a convenient time. It’s also possible that I secretly wanted Kevin to see a “gay movie” and engineered the whole thing. However, I was fiercely closeted at the time, especially to Kevin. This was despite the fact that we both attended to Stagedoor Manor, a theater summer camp with a roster of famous alumni like Robert Downey Jr. and Josh Charles. Many of the campers and staff members there were very comfortably gay.

For me, the two hours Kevin and I spent in the movie theater that afternoon represented a turning point. I was touched, amused, and changed by these characters. I also kept tabs on Kevin’s response to the film. How was he reacting to the gay kissing? Did the death of a certain character affect him? Had the depiction of a gay-parent-led family unit may have altered what he previously imagined was possible? By the time we left, I felt that Kevin had finally seen gay people as three-dimensional human beings.

It gave me hope that I could come out to Kevin and that he would be able to see me, just as he had seen Arnold. Nevertheless, when I did come out, Kevin was genuinely surprised. “I thought you were just a nerd,” he explained. Bbut also accepting. It might never have been possible without our shared viewing experience.

In the coming years, LGBTQ cinema would exert a profound influence on my life, offering both representations with which I could identify and also broadening my vision of what gay people could be: nerds, rock musicians, angry punks, talented jocks, computer geniuses, committed lovers, tortured artists.

Ultimately, I became determined to help others share in this kind of cinema. For example, I began curating LGBTQ film festivals and series, like Philadelphia’s QFest and NYC’s New Queer Filmmakers at Anthology Film Archives. I also wrote my own screenplays, which would bring to theaters portraits of the kinds people and situations that I had encountered during my years as part of this community.

Sometimes I will hear from a young person who has just watched a film I’ve written. He might tell me how he was reassured to see himself reflected in it. Or he might reveal how who he’s been worried nobody else thought and felt like he does. He might tell me that he plans to share the film with his own friends in the hopes that he can be better understood. And each time I’m able to do for a young LGBTQ person what Torch Song Trilogy did for me, I feel like I owe Harvey Fierstein a thank you.

Lawrence Ferber is co-writer of the film BearCity and author of its novelization. Follow him on twitter @LawrenceFerber.

Find out what happened when Lawrence complained he was sick of travel one too many times:

Share a story about coming out to your straight best friend in the comments below: 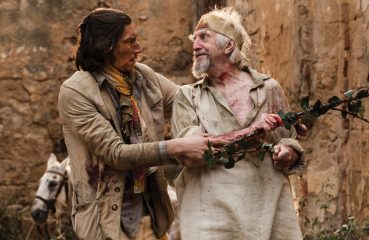 Terry Gilliam went from Monty Python member to maker of such wonderfully weird films as Brazil and The Fisher King. Gilliam has been famously trying to make a film about Don... 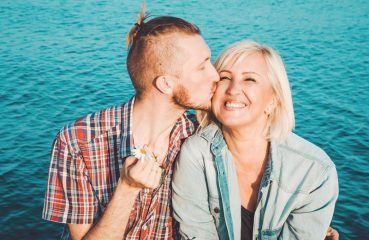 After coming out to his parents, Wade thought he might never see them again — until his mother unexpectedly called from a bus stop. “I’m on a Greyhound bus, I’m callin’...