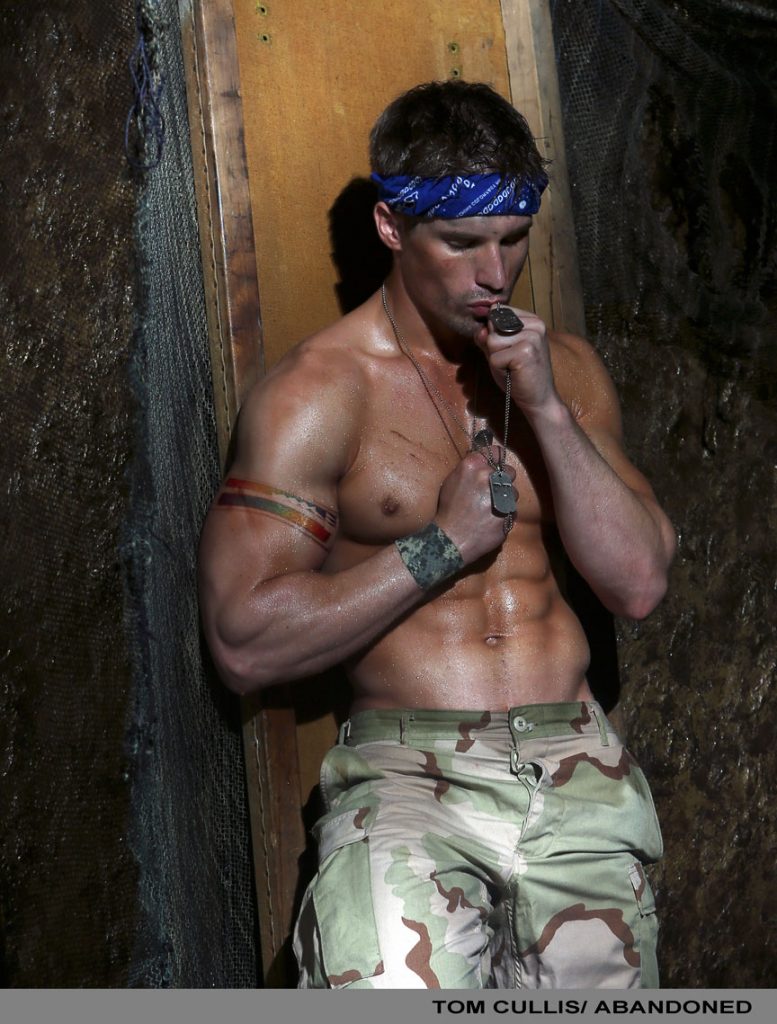 Tom Cullis –Photographer-Art Director-Commercial Film Scout Tom Cullis is a Los Angeles/Orange County based photographer with a focus on both commercial and fine art male photography. His college degree as a Physical Therapist with a minor in photography resulted in a 25-year career treating high-level athletes as well as creating stunning images featuring top male models, actors and athletes. Over the past 25 years, Toms work with commercial fashion, athletes and celebrities has been celebrated on numerous magazine covers ranging from fashion to fitness. His discovery of veteran amputee Alex Minsky was celebrated on the Today Show, Good Morning America, The Today Show, Jay Leno, The View and The Talk. Tom was also the photographer to launch Steven Grand the openly gay singer with a steamy DNA cover and editorial layout. Books featuring Tom’s work include Blue, Turn On, DNA, Trunk Show and Man to Man as well as novel covers and calendars for several foreign and domestic major press organizations.

Here’s what he has to say about his work:

The title of my piece “Abandoned” comes from my years of contact with both active and retired members of the armed forces. Throughout history the US Military had an inconsistent policy when it came to gays in the military. Prior to World War II, there was no written policy barring gays from serving in the military.

Gays have served and many have sacrificed their life and limb throughout the many wars following World War II. Over 13,000 servicemen and women were discharged for being gay while the don’t ask, don’t tell policy was in effect. Gay marriage was also not recognized until 2013 barring gays in the military to the same benefits as heterosexuals.

Today we now face a crisis with the estimated 15,000 transgender military personal who serve bravely for a country that cannot decide if they deserve the same rights as the heterosexual population. Are they protecting a country that has abandoned them?

Check out the artist’s answer to the question“What Does Pride Mean to You?”

Learn more about Reclaiming My Pride