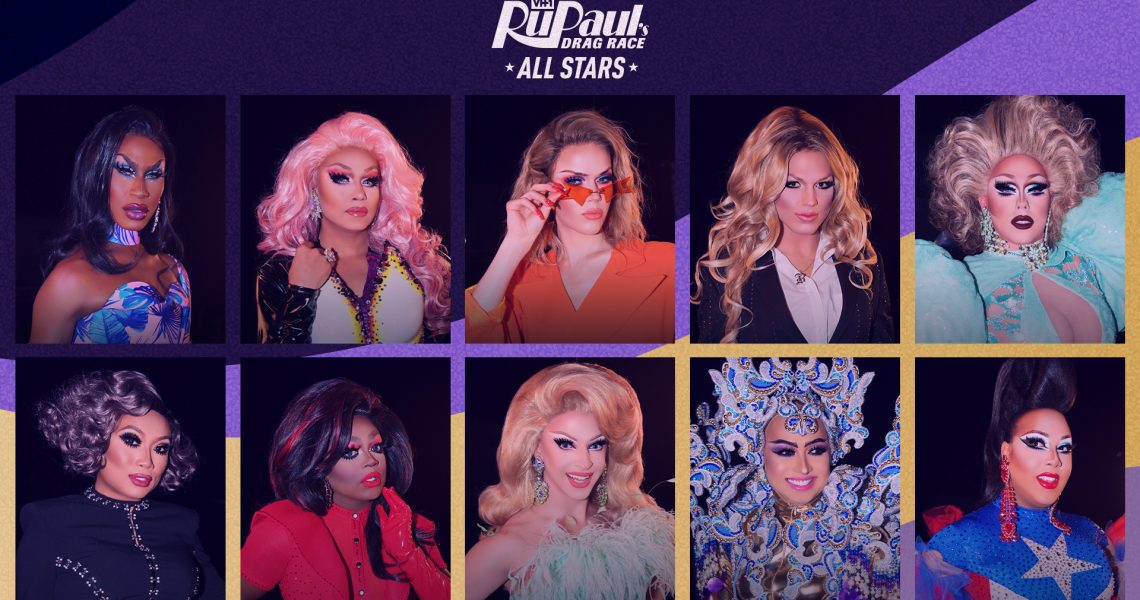 VH1 “ru-vealed” the queens sashaying back to the runway to compete in the fifth season of “RuPaul’s Drag Race All Stars.”  Viewers will get a chance to see their favorites act, sing, dance, sew, and lip sync for their legacy. The last queen standing will waltz away with the “All Stars” crown, a spot in the “Drag Race Hall of Fame” and a cash prize of $100,000.  “RuPaul’s Drag Race All Stars” premieres Friday, June 5th at 8PM ET/PT on VH1.

Due to the impact of COVID-19 that resulted in various scheduling and programming adjustments, “RuPaul’s Drag Race All Stars,” initially slated to air on SHOWTIME, will now premiere on VH1.

“For All Stars 5, we’ve come up with a new twist that is so twisted it’s guaranteed to twist your twisted minds,” said four-time Emmy® Award-winning host and executive producer RuPaul.

The 10 queens returning to the runway to claim their spot in the “Drag Race Hall of Fame” are:

BAM! Alexis Mateo came to season three and made it to the top three before being eliminated. She got her second chance competing in a team on “All Stars” 1, but again fell short of the crown. Now the jig is up! Alexis is back for “All Stars” 5 to secure her spot in the “Drag Race Hall of Fame!” Sickening, no?

She do declare! It’s Blair St. Clair! Since season 10, this young queen has really grown and “glown-up,” and now she’s ready to be your star! Will she shine bright enough to take the “All Stars” crown?

It’s Derrick, B*tch! On season eight, Derrick Barry struggled to show she’s more than just a Britney Spears impersonator. Derrick is back on “All Stars” 5 to prove she is stronger than yesterday! She is ready to display the full spectrum of her drag and snatch her spot in the “Drag Race Hall of Fame.”

India came into season three with over-the-top glam looks, but was critiqued for having an under-the-radar personality. She’s gone down in herstory for being picked up by another queen during a lip sync for her life. On “All Stars” 5, this high-kicking queen is ready to pick up where she left off and remind everyone that Drag is not a contact sport!

Jujubee first dazzled the world with her humor, heart and beauty on season two and then again on All Stars season one. But despite her efforts, Jujubee has never made it to the top. What about her?! What about Jujubee?! Is “All Stars” 5 her chance to prove the third time really is the charm?

On season three, Mariah, aka Mariah Paris Balenciaga, aka Mariah Successful, was known for her beauty, grace, and mug 4 dayz! She was eliminated after underperforming in Snatch Game, but now Mariah is back on “All Stars” 5 to show the world that this versatile ball queen is ready to take the grand prize!

The drama is here! Mayhem Miller crashed the “Drag Race” party on season 10! She started strong, winning the very first challenge, but a peck of pickle problem put her in the bottom, and she sashayed away too soon. Now this L.A. favorite is back to stake her claim on the Hall of Fame. Is it finally Miller time?

“Okay, it’s time for Cracker!” Season 10’s self-described Jewish Barbie brought smarts and sass to the game – even as she struggled to get out of her head. Now this blonde, beloved New Yorker is back to take a crack at the “All Stars” crown!

On season one, Ongina captured the hearts of millions with her charisma, uniqueness, nerve, talent and beautiful bald head! Now this high energy Queen is back for “All Stars” 5! Will she make up for lost time and take her spot in the “Drag Race Hall of Fame?”

Chicago in the house! Shea Couleé came to season nine to SLAY not PLAY! And “slay” she did, snatching four wins on her way to the Grand Finale, before a shocking shower of rose petals sent her packin’. Equal parts bougie and banjie, this polished powerhouse now has her eyes on the “All Stars” prize! 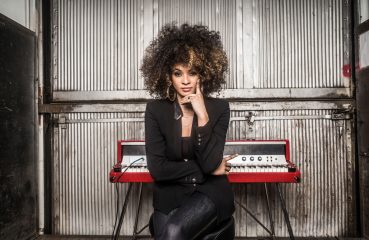 7 Reasons Kandace Springs should be on your Gaydar By Steve Gottfried Kandace Springs is a soulful jazz singer who is one to watch. With two albums under her belt and a third... 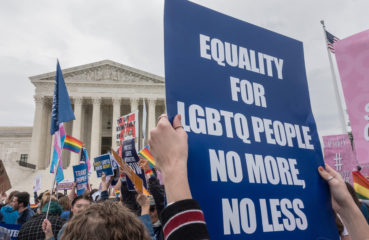 Pride Month 2020 Will Go Down In History

After landmark ruling for LGBTQ workers is made The news has been quite dreary lately, but that all changed today June 15th during Pride Month when the Supreme Court said that...