This Is How Technology Helped Save My Relationship 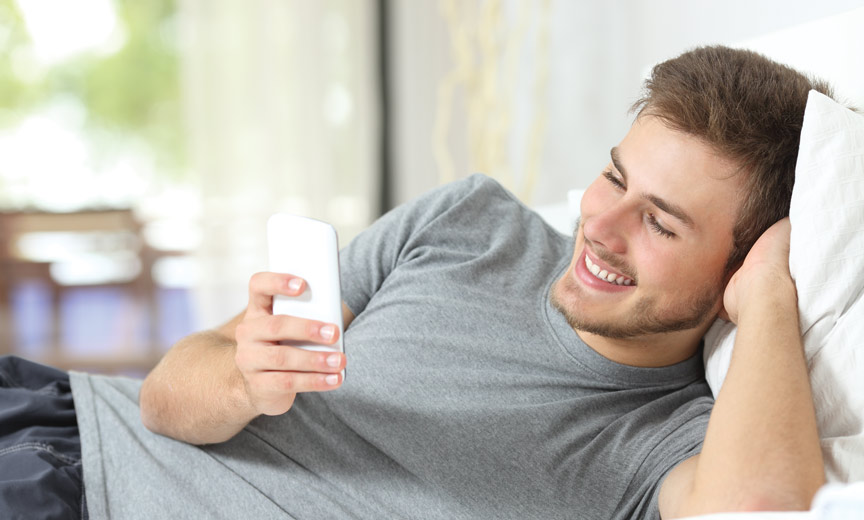 People complain that the internet is ruining the way gay men connect, but when I look back, I see all the ways it helped make me the gay man I am today.

The first person I ever told I was gay was a stranger in an AOL chatroom.

It was the late 1990s and I was a sophomore in high school. I’d just gotten internet service and was poking around and happened upon a M4M chatroom. At the time, my sexuality was barely a pre-conscious thought. Yet sitting in my bedroom, I stumbled across the threshold of a community I didn’t know existed and had no idea I wanted to be a part of — until I found it.

In the current age of marriage equality and PrEP, our collective memory seems to have faded about how the 1990s were a pretty scary time for gay people. Matthew Shepard was beaten and left for dead tied to a fence in a field in Wyoming. We knew how to effectively prevent HIV/AIDS, but not how to treat it. I was too young to witness its destruction firsthand, but not young enough to escape the fear that a diagnosis might bring.

Yet in that climate of fear and isolation, the internet’s anonymity allowed us a surprising level of trust. Our digital footprints consisted solely of a clever screen name and a short text profile. Photos were rare and blurry. It was the perfect environment to assume whatever identity you liked — but it also offered the freedom to be ourselves to many who considered real life the place we actually did the most pretending.

I was one of the first students in my high school to own a cell phone. It was one of those clunky Motorola phones that I paid for with my summer and after school jobs. I got it so I could talk to the guys I met in the chatrooms without fear of someone listening in on the landline extension or having my parents answer a call from an internet stranger.

Once I got to college, I spent less and less time online. I started my freshman year outing myself by checking out one roommate’s ass and ended the year by hooking up with the other one. I had no idea when I applied, but I’d inadvertently picked one of the gayest colleges in one of America’s gayest cities. Gay men were everywhere, and I found a real-life version of the community I’d once only had virtually before. I also reached an age where I could go out to actual gay bars and clubs, and soon I was rarely turning to the internet for convenient, anonymous hookups.

Then along came Facebook, where I was outed to my parents on by a drunken relative late one night. By that point, I was mostly-but-not-all-the-way out. All my friends and some of my family knew, but I hadn’t yet come out to my immediate family. The reaction that my parents had to the news was dwarfed by the anger they directed at the cousin who made that post. But truth be told, gross as being involuntarily outed is in principle, in practice it was a huge relief. That post provided the final shove out of the closet that I’d never worked up the courage to take myself.


A few years after that, I turned a hookup from a gay dating app into a long-term relationship. That was 14 years ago and I thought then that technology was done meddling in my life, but there was one surprise left: Things between my partner and I got really bad a few years ago, and since we’re both conflict averse and stubborn, I wanted to end the relationship. We were making arrangements to move out of our shared place and go our separate ways. Then one night, I was digging around in my computer files and stumbled on something I’d totally forgotten about.

About 18 years ago, I’d turned on the “save messages” feature in my iChat (which later became Messages) which is still used by iPhones today. Because of that, my computer has been saving every IM and text message I ever sent into a hidden folder. I found the very first message I ever sent my boyfriend on September 8, 2005. I stayed up until 4:00 AM reading the entire story of us, from the very beginning in our own words. It reminded me why I had fallen in love with him, and that I still loved him. Emotionally and physically exhausted, I climbed into bed where he’d been for hours. I thought about how we found each other, how close we had come to losing it, how lucky I was that I still had it, and how I didn’t want to abandon it now.

I hugged him extra tight and drifted off to sleep and couldn’t help but wonder: had I been born a few years earlier or later, would I be where I was or even who I was? At the most critical points in my life, technology gave me exactly what I needed to transform from a scared kid hiding alone in his bedroom into a man with a life full of friends, love and pride. 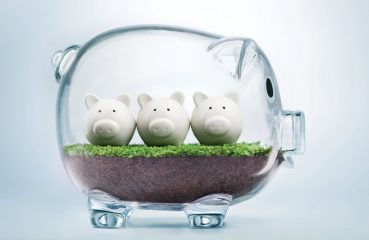 Life insurance can be a tough topic to discuss – for LGBTQ people and everyone else. After all, the subject inherently requires facing own deaths, and who really wants to think... 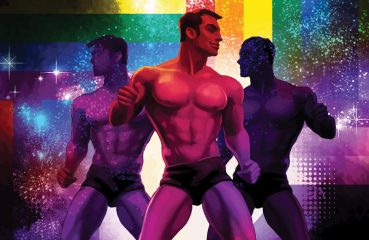 There’s plenty to look forward to this Independence Day, and what better to spend the Fourth of July than with hundreds of drag queens? Through July 7, Fire Island Pines will...