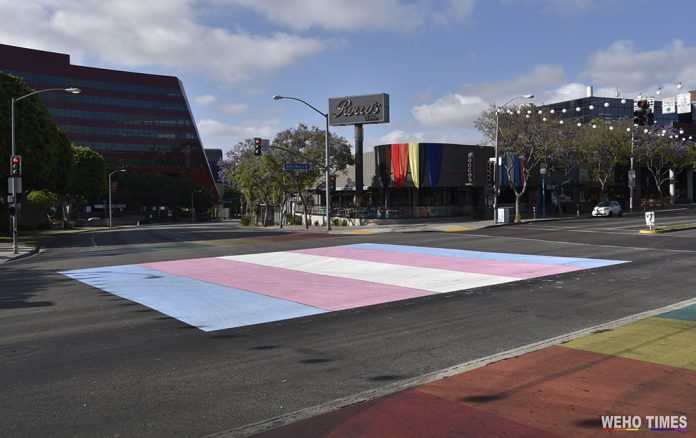 As gay people, we must chart our own paths through life. While it may seem difficult at times, we are grateful to trailblazers who removed some of our greatest obstacles in years gone by. Now, we strive to break down even more barriers and usher forth a new dawn of safety and compassion.

And what better way to symbolize this harmonious convergence than crosswalks that literally guide the way?

West Hollywood, California has announced the expansion of their iconic rainbow-hued intersection program. The city’s landscape will soon feature the trans flag at one crossing and the diverse Pride flag, which includes Black and Brown stripes, at existing crosswalks.

Councilmember Sepi Shyne explained the need for an expansion of both our exterior design and our collective consciousness. “It is incumbent upon us as the progressive city that we are to do everything that we can to recognize Black and Brown lives.”

“Queer Black and Brown representation is who we are,” added Amber Hikes, the creator of the updated rainbow flag. “Black and Brown trans lives are precious and ought to be celebrated.”

To gain further perspective on the symbolism of each respective pattern, we unfurled the following quote from Monica Helms, designer of the trans flag. “I say the rainbow flag is like the American flag: everybody’s underneath that, but each group, like each state, has their own individual flag.”

Helms often refers to her creation as her “baby” due to the fact that legacy was on her mind as she was sewing the prototype. “The stripes at the top and bottom are light blue, the traditional color for baby boys. The stripes next to them are pink, the traditional color for baby girls. The stripe in the middle is white, for those who are intersex, transitioning, or consider themselves having a neutral or undefined gender. The pattern is such that no matter which way you fly it, it is always correct, signifying us finding correctness in our lives.”

The inspiring pastel shimmer of Helms’ work is not only going to grace the streets of WeHo in the near future; it is also a permanent fixture at the Smithsonian National Museum of American History. Thanks to the contributions of Monica and her many admirers, the LGBTQ+ community will have new vistas over which we can walk, dance, and soar. Step up to sublimity. 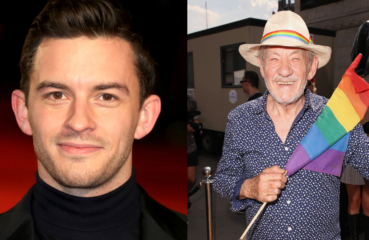 The Naked Truth with Jonathan Bailey and Ian McKellen

Anyone who has binged Bridgerton wants to bite Bailey’s britches off of his bodacious bod. All alliteration aside, Jonathan Bailey is a heartthrob for the ages, making audiences... 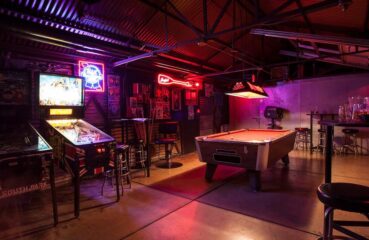 Safe spaces have never been so endangered. Much like the bird that bears its name, Eagle L.A. has faced extinction before, but it always soars above adversity to spread its wings...