I knew I was gay since I began watching the early seasons of The Power Rangers. I had a crush on almost every red and blue ranger cast for the show. During my early childhood, I honestly believed that liking other boys was natural and accepted by society. In retrospect, I noticed that I wasn’t exposed to much or any negative media. I didn’t learn about events like Columbine until many years later.

In eighth grade, my circle of friends talked me into having a girlfriend. Obviously, I didn’t want a girlfriend, but to appease everyone around me, I got one. The girl “cheated” on me with some other boy, (which I was happy about), and she left me.

High school started, and that’s when it began: Getting questioned every day about my sexuality was quite annoying. In freshman year Algebra class, two boys were very interested in whether I was gay or not. I would walk past their desks and each of them would grab my butt to try to get a reaction. In gym class, guys would even smack my butt to see if I would like it or get angry. I didn’t know what to do, so I didn’t react at all. I pretended it never happened.

A close friend of mine told most of our circle, “Chris is living in a glass closet. Everyone knows he’s gay, but he doesn’t.” I never confronted her about this interesting thought. For the longest time, I didn’t care about what these people said about me. There was much more I was worried about at home.

The out gays in my high school were the most interesting characters. Like some B-list gay movie, two gay boys teamed up to try to force me out of the closet. One of them posed as a girl from a town over and the other as himself. I am on AIM and MySpace trying to mind my business, and a new message pops up. It’s the two gays behind this fake AIM account posing as a fictitious girl.

This “girl,” we’ll call her Kiesha, explained how she was related to the other gay boy, who we’ll call John. Kiesha’s message expressed how she was in love with me and that she wanted to meet at the mall over the weekend. While entertaining this conversation, John jumps in to explain how she is in love with me but he also wants me. The messages would abruptly change between Keisha and John, and luckily I caught on to their shenanigans. These two gay boys bothered me all through high school, from secret love letters to weird Valentine’s gifts about wanting to love me, as if we all knew what love was in high school.

Read Next | Pucker Up: This is How One Gay Man Lost Control of His Fetish

A few hours later I received messages of comfort and love explaining that these friends were there for me and would be supportive of anything I did with my life. I appreciated the nice gestures, but I just wanted it to happen on my terms.

To preface this part of the story, in 2015 I came down with whooping cough, and a few weeks later I thought I was ready to go back to work. Driving the last leg of my 90-minute commute to school, a coughing fit began. The fit progressed to the point that I passed out while driving and totaled my car. After the accident, I had major panic attacks daily. One of those panic attacks occurred while driving home from work. I called my Mom to see if she could help calm me down.

Pulled over into a Dollar General parking lot, my Mom began to quiz me on my week. She asked about my car accident, my counseling sessions and why I was having panic attacks — everything that made the panic even worse. Suddenly, she stopped talking. Something was on her mind.

“Your sister called and she shared some very interesting information with me today,” she said in a stern but cautious tone.

I replied with, “Yeah, okay,” thinking it had something to do with one of her babies’ fathers or our father.

Read Next | Gay Voices: This Florida Poet Posts his Message to Us All in “Miranda”

Mom continued and said, “She said something about her brother (me) and her sister both being gay, so she might as well be gay. Is that brother you? Is she talking about you?”

I said yes and waited. Mom began to cry and explained how she had this picture-perfect life for me and wondered where she went wrong. I tried to explain how I was still the same kid she’s always had and nothing will change.

She replied, “But why did you lie to me about your entire life? Did someone touch you? What did I do wrong?” It took her a few months to get over this “lie” I held from her. To this day she still questions what went wrong with my life.

I personally never had the chance to set the date when I wanted to come out and to announce it to the entire world. Someone either announced it to the masses or forced it out of me to tell others. I think about it at times and how I missed this important milestone in my life.

It is so important for members of the LGBTQ+ community to have that special moment of coming out for themselves. It’s a moment of empowerment for that person to be at peace with who they are. If you’re an ally or wondering about someone’s sexuality or gender expression, do not force that person to talk to you about it. Give them the time and space, and when they’re ready, you will know. 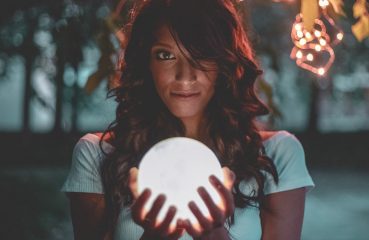 My grandparents adopted me from my biological mother – their second daughter Lisa. Lisa was diagnosed as schizophrenic at an early age. This haunted my father his entire...