When Wade begins writing fiction under a female pen name, he’s forced to consider what womanhood means to him.

Those were the whispers I heard at the first book event I did for my debut novel, The Charm Bracelet.

“For those of you expecting a woman — surprise!” I shouted in enthusiastic response as I took the stage. “But I’ll let you decide if maybe I really do have two X chromosomes after you hear me speak.”

Many readers who had yet to read the back flap of my book cover have shown up to my promotional events unaware that I’d been using a pen name — expecting to see the seemingly female author whose name was featured on the cover: Viola Shipman.

You might wonder why, after writing four memoirs under my own name, I chose to use a pen name — and a female pen name at that for my fiction. I prefer to say that the pen name chose me.

I grew up in the kitchens and sewing rooms of my grandmothers and mother. Like many Southern women, they were wonderful storytellers, spinning tales of family and faith, hopes and dreams. Together their stories created a patchwork of beautiful memories — much like the quilts they made. These women inspired me to pursue my dreams of becoming a writer, in part to fulfill the dreams they hadn’t been able to realize. My grandmothers had dreamed of being fashion designers, but spent their lives toiling in factories and church basements. My mother had dreamed of being a doctor, but didn’t have the means to make that happen in the 1950s, so she became a nurse. As I grew older, I realized I had spent my life in the company of extraordinary women. Few had taken the time or offered the respect to listen to them. But I had listened — and their voices stayed with me.

In a way, my work had always been motivated by the desire to give voice to those society was not always interested in hearing from. In my essays and memoirs, it was the voice of a gay man — a voice I had kept hidden for the first three decades of my life. In them, I attempted to use humor to teach (rather than preach) about the pain of coming out, the difficulty of feeling discrimination in the workplace and the constant battle of being demonized by so much of society, politics and religion. So I decided that with my fiction, I would attempt to use that megaphone to amplify the voices of the women in my life, unsung heroes whose sacrifices had changed the course of my journey.

Some might assume I used the pen name in the hopes that women would be more likely to buy books about women if they were written by a woman, but my intention was not to dupe anyone. Would readers have reacted differently if the cover had read “By Wade Rouse”? Perhaps. But has the response to my literary Victor/Victoria been overwhelmingly positive? Yes. How do I know? They’ve bought the books, invited me to their book clubs and turned out to greet me at events — eager to share their own stories and their family heirlooms: quilts and photo albums and jangling charm bracelets. We’ve laughed and cried together, and I learned that there is no greater joy for an author than when a reader shares as much of themselves as I’ve shared with them.

Why focus on women? I have always connected deeply to them. I have been the best friend, the go-to gay, the keeper of secrets. Women and gay men share a bond borne of persevering through challenges with strength, humanity and humility. The women in my life taught me to cherish the smallest gifts and tiniest moments. They taught me the value of caring about others unconditionally even though it can be so hard. They taught me how to bake cakes and fold fitted sheets, how to decorate a beautiful home and mix a killer cocktail. They taught me how to say, “I love you.”

Most of all, women taught me to be the person I am today. And it seems sort of perfect to me that in a world where the concept of gender as a rigid set of expectations is being rapidly replaced by definition that has more to do with figuring out and expressing who we are — that the gender of the name on my book cover isn’t a promise about who wrote it but rather an invitation to explore what’s inside.

Wade’s novels as Viola include The Charm Bracelet, The Hope Chest and the forthcoming The Recipe Box. Visit waderouse.com.

Wade Rouse Asks: If Clothes Make the Man or Woman, Can They Unmake a Vacation? 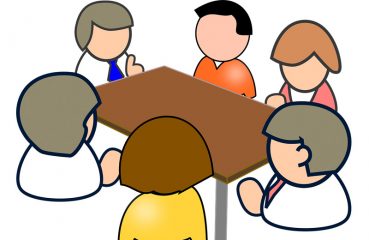 David lands on a committee to redesign a lobby, and chaos ensues. My most memorable experience working with interior designers came in the course of doing volunteer work. I’d...

When I was a freshman in high school, my then-best-friend Pete had an older sister who was (more-or-less openly) a lesbian. It was something that he and I joked about: I suppose...