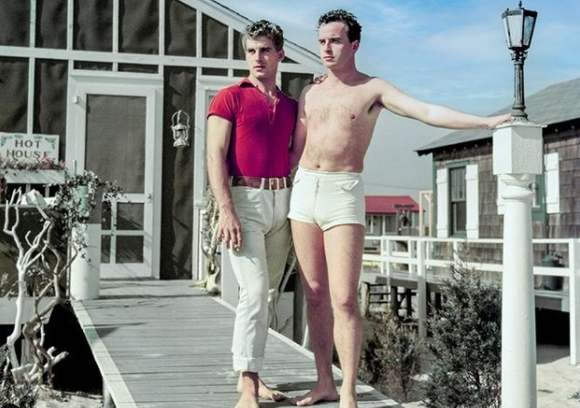 Without history, we are doomed to drift. The past is an anchor to our heritage and our humanity. No matter how much we evolve beyond the transgressions of our foremothers and fathers, we are indelibly tethered to our roots; how else can we expect to grow?

These are the themes of Safe/Haven, an outdoor exhibit celebrating the vintage Pride of days gone by. New York’s Historical Society is excavating the fabulosity of Fire Island and delving well prior to the scandals the sexual revolution… or so we thought.

Queer adventurers have migrated to the hotspot since before the Stonewall riots, and now their stories are echoing brilliantly from the vault and into the here-and-now.

“It’s more than just the photos or the old videos,” explains Parker Sargent, a curator of the exhibit. “People have a look at gay history before Stonewall. We’ve always been here.”

Residents and visitors were truly liberated in this beachside berg, despite the conformist confines of the 1950s. But what is remarkable about the Safe/Haven collection is that it all existed on camera.

“Most people didn’t share themselves in that way because they couldn’t be documented. It could be held against them legally,” declares Sargent. “And that’s revolutionary in a really quiet way,”

Since then, Fire Island has gotten decidedly louder. It is a neon bastion of unapologetic flamboyance.

The party paradise even spawned a Logo reality series populated with beefy, bitchy ne’er do wells… and we’re not mad about it.

Saturday Night Live even spoofed the show with their own Sapphic spin. But beneath the façade of frivolity, Cherry Grove has a vibrant soul that transcends trendiness. According to one contributor to the Historical Society’s exhibit, “It was an escape for everyone to be able to come out here on the weekend and be yourself. It was a safe haven. I could say to someone, ‘I’m Audrey Hartmann … and I’m gay.’”

The Safe/Haven collection will be on display through October 11th, 2021… but Audrey’s words will endure for an eternity. 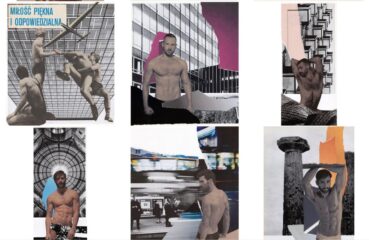 Pieces of Passion: The Art of Aaron Moth

A flicker of moonlight. The glimpse of flesh. We assemble these fractured images to stitch together our perception of a sensual rendezvous. It is not the perfect, sterilized... 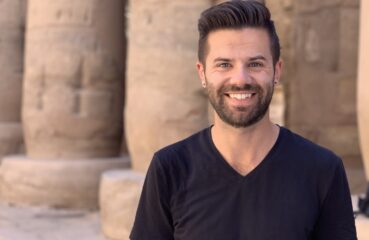 If you have been watching the History Channel over the years, you may have noticed a fresh crop of historians, scientists, and archeologists keeping things exciting. The History...