Hepatitis A: This Is Why Gays Are At Risk 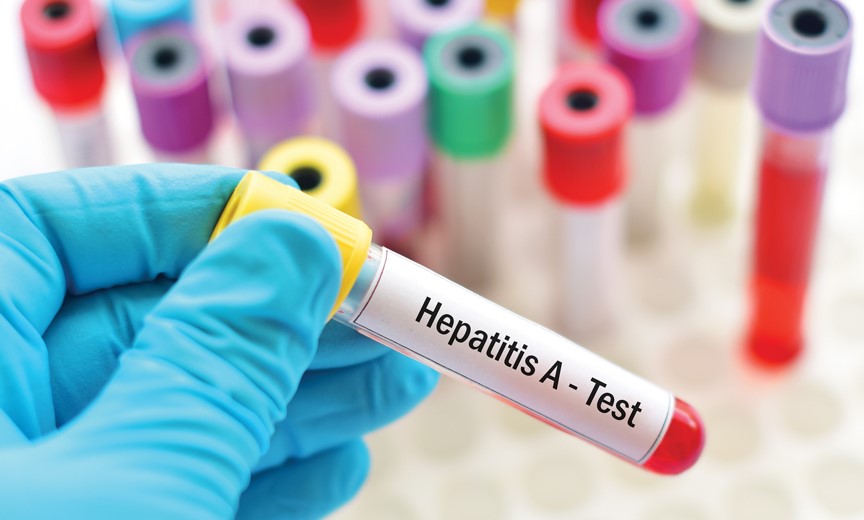 What is hepatitis A? How do you get hepatitis A? From transmission to treatment, we look at the current hepatitis outbreak, and ask why gays are at risk and is is curable?

The numbers are staggering. Four years ago, 1,390 cases of hepatitis A were reported across the United States. But since 2016, 30 states have now reported 26,276 outbreaks (with 60% of those infected being hospitalized). There have also been 268 deaths – mostly among at-risk groups including drug users and men who have sex with men.

In some regions, the volume of cases has been so extreme that officials have declared public health emergencies. The outbreak is prompting health officials to ramp up education and outreach efforts. They’ve also enlisted support from community-based organizations and smartphone apps.

How Is Hepatitis A Transmitted?

“From our standpoint, as the outbreaks continue, it’s critical to make sure that populations that are vulnerable to infection – people who use drugs or are transient, gay and bisexual men – are vaccinated,” said Dr. Monique Foster. Dr. Foster is a medical officer at the Center for Disease Control’s Division of Viral Hepatitis. “We’ve all been working together to alert all states, those having cases and not having cases, to both prevent and respond to outbreaks.”

Hepatitis A is an incredibly contagious liver infection that is caused by the hepatitis A virus. The virus which is found in the stool of infected people. It is most commonly spread through close personal contact and sex with an infected person. People who get the virus can feel sick for a few weeks to several months. While most people recover and do not have lasting liver damage, some become very sick and must be hospitalized.


How are health officials addressing a liver disease that has become an astounding 19 times more common in a matter of years?

Dr. Foster noted that people with chronic liver disease are at higher risk for complications. Healthcare experts also recently advised those with HIV or AIDS to get vaccinated as well. “Individuals living with HIV and AIDS can suffer higher morbidity and mortality rates if they are infected with the virus,” she said. The hepatitis A vaccine is the best way to prevent infection. One dose of single-antigen vaccine provides up to 95% seroprotection in healthy individuals for up to 11 years.

Is Hepatitis A Curable?

The outbreaks are spread across the country. Its steepest numbers are in regions also confronting widespread incidents involving opioids. These include Tennessee, Ohio, and West Virginia. Florida has encountered the most incidents – more than 3,000 – with 40 deaths. In encouraging news, two states – California and Utah – have already declared an end to their outbreaks.

Working with health officials, the mobile app Grindr has been alerting users about the outbreak, echoing earlier warnings about meningitis. In October 2018, the Illinois Department of Health approached Grindr about the increase in hepatitis A cases. So the social app began issuing weekly hepatitis A advisories. The alerts later expanded to reach users in other regions across the country.

“We have reached more than three million unique Grindr users with these alerts in five states, four cities and one country outside of the United States,” said Grindr’s Global Health Projects Manager, Emmett Patterson. “We don’t only want to work with health departments but community-based organizations, too.”

Patterson’s colleague, Jack Harrison adds: “We are always thinking about how we can build new features into the app to help people manage their health.” Harrison is the director of Grindr for Equality. Grindr also regularly notifies users about the importance of HIV testing, and introduced features that allow users to set up reminders to be tested.

Added Patterson, “We do have the opportunity to reach people to help them take control of their bodies and their health.”