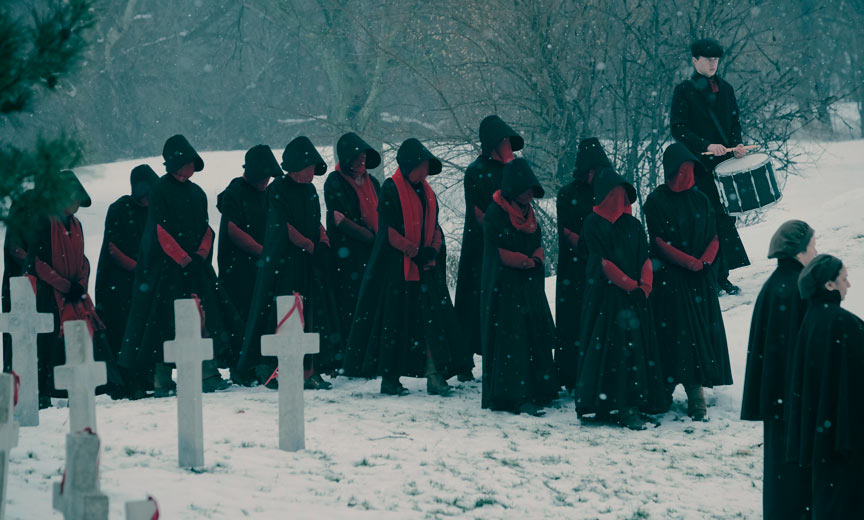 After their first season had its cast and creators dashing up and down podiums to collect awards (including Emmys for Elisabeth Moss, Ann Dowd and Alexis Bledel), Hulu’s sumptuous drama The Handmaid’s Tale returns for a second season on April 25th. Starring Moss in the title role, the series — which is based on the 1984 Margaret Atwood novel of the same name — takes place in a dystopian future America called Gilead, where women are subjugated under a theocratic patriarchy. A falling birthrate has led leaders to force the few remaining  fertile women to become“handmaids” — a third-class caste of sexual servants, tasked with repopulating society. Though the novel was originally read as a warning against the conservative politics of the Reagan era, it’s now an even more apt critique of the Trump administration, particularly as women’s rights have come under fire. Theories abound over the potential surprises in the upcoming season, which creators promise will be even darker and show us more of the world of Gilead. They’ve also hinted that we’ll see more from fan favorites Bledel and Samira Wiley. What is certain, though, is that we’re in store for another season of fantastic television. hulu.com