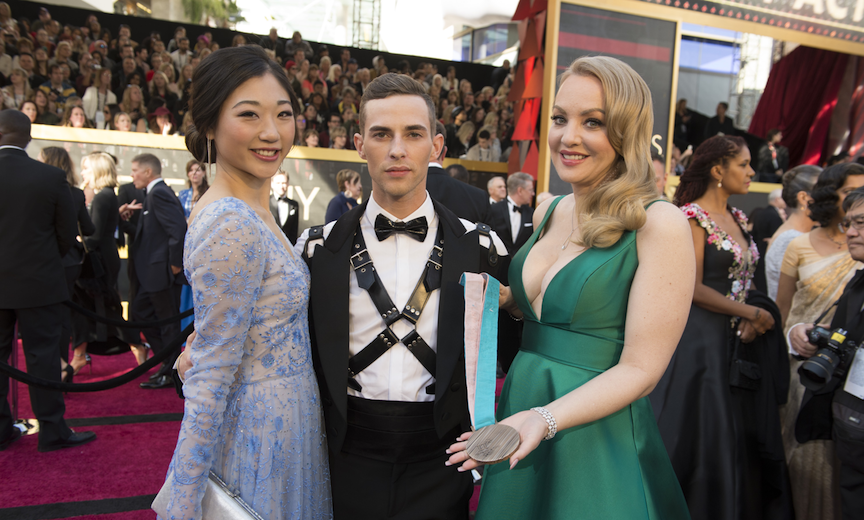 Here’s a quick rundown of all the things you’ll be talking about over happy hour drinks today:

Seen enough monkey suits and weird shades of velour tuxes at the Oscars? Apparently Olympic medalist Adam Rippon has as well, since last night he rocked a look that set the internet on fire: a black Moschino jacket with study leather accents that looked straight-off-the-rack — of the gift shop at your local Eagle night spot.

Of course the haters descended in droves on social media websites, but guess what folks: this is what inclusion looks like. Not everyone wants to dress like they just walked off the set of a 1950s sitcom. And we’re proud and delighted to see Adam just being his button-pushing self.

Or maybe we should just say “welcome to the club?” Actor Lee Pace, who recently joined the London cast of Angels In America when the production moved to Broadway has come out — albeit reluctantly.

“In a recent phone interview,” Pace texted in a series of tweets today, “I was asked questions that I wasn’t expecting and found myself momentarily at a loss for the right words. My privacy is important to me, so I protect it. When interviewed by the media, I keep the focus on my work. As a member of the queer community, I understand the importance of living openly, being counted, and happily owning who I am. That’s how I’ve always lived my life……just as it’s been important to me to portray queer characters with dignity for my entire career.”

Yes, now you too can walk around an expensive and expansive pad wearing — or not wearing — whatever you please while the French Press is steeping your morning brew.

According to press reports, singer/songwriter/SNL mainstay plunked down some $6.5 million for his crash pad at Soho Mews. Now somehow that all seems a bit cramped and quaint. Timberlake and wife Jessica Biel are flipping the old place for a swank new address at 443 Greenwich Street for a tidy $20 million, joining new neighbors Jake Gyllenhaal and Meg Ryan.

All of that to say: their old Soho crib is now on the market and listed as yours — for a paltry $7.995 million.

The penthouse is comprised of a 2,600-square-foot three-bedroom and includes 3.5 bathrooms and a wraparound terrace. By contrast, the couple’s new home in Tribeca boasts four bedrooms, four-plus bathrooms and an expansive terrace nearly as big as the apartment itself. 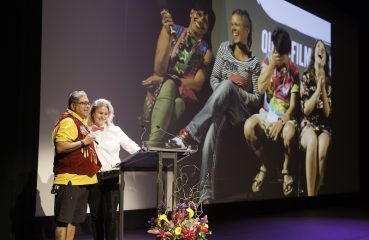 What began as a small group of queer folk screening a couple of films on a bed sheet in 1989 has become one of the most progressive LGBTQ2+ film festivals in the world and a... 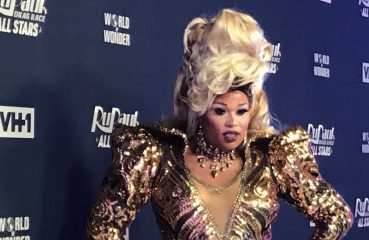 Peppermint is the highest-profile queen to announce a transition, and now RuPaul has recently said he “probably” wouldn’t allow trans contestants on Drag Race...