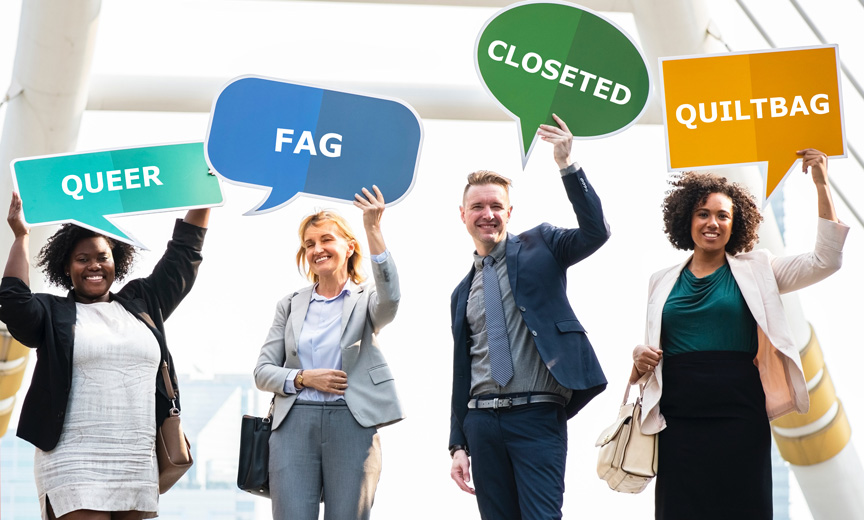 What is the right way to refer to LGBTQ people? In this ever-evolving world where the LGBTQ acronym keeps expanding and contracting and certain words go from derogatory to reclaimed to outdated, we have created this guide to what’s okay (and not okay) to say. We want your help to make sure that the terms that we’re defining are accurate, helpful and sensitive, so give it a read and then tell us what you think.

Asexual: A universal term referring to a person who does not experience sexual attraction.

Aromantic: A universal term referring to a person who does not experience romantic attraction.

Biphobia: Fear of bisexual people based on stereotypes, including inaccurate associations with infidelity, promiscuity, and transmission of sexually transmitted infections.

Bisexual or Bi: A universal term referring to a person with sexual, romantic, or emotional attraction to people of either the same or opposite gender.

Binary: The concept that there are only two gender

Cisgender: A universal term used to describe people who are not transgender. “Cis-” is a Latin prefix meaning “on the same side as,” and is therefore an antonym of “trans- “.

Closeted: A person who is not open about their sexual orientation in their personal, public, and/or professional lives. The preferred term in the LGBTQ community is not out.

Gay: A universal term referring to a person with sexual, romantic, or emotional attraction to people of the same sex

Gender Identity: A person’s internal, deeply held sense of their gender that is not visible to others.

Heterosexual: A universal term referring to a person with sexual, romantic, or emotional attraction to people of the opposite sex. Also known as straight.

Homophobia: Fear of people attracted to the same sex based on stereotypes, including inaccurate associations with infidelity, promiscuity, and transmission of sexually transmitted infections.

Intersex: A universal describing people born with reproductive or sexual anatomy and/or a chromosome pattern that can’t be classified as typically male or female. Also referred to as Differences of Sex Development (DSD.)

Lesbian: A female term referring to a woman with sexual, romantic, or emotional attraction to people of the same sex

LGBTQ: What does LGBTQ stand for? It’s an acronym for lesbian, gay, bisexual, transgender, and queer. The Q, which is sometimes seen at the end of LGBT, can also mean “questioning.” LGBT and/or GLBT are also used.

Out: A person who self-identifies as LGBTQ in their personal, public, and/or professional lives. Also known and commonly referred to as openly gay, although out is the preferred term in the LGBTQ community.

Outing: The inappropriate act of publicly declaring or revealing another person’s sexual orientation or gender identity without that person’s consent; sometimes based on rumor and/or speculation.

Preferred Pronouns: An increasingly popular way of both expressing how one wishes to be referred to and acknowledging that people are not necessarily gendered in the way their physical appearance indicates or located on either end of the gender spectrum.

Pride: An annual celebration of the LGBTQ community, often held in June in remembrance of the Stonewall Riots (June 28–July 1, 1969) which are often considered the catalyst for the modern gay rights movement. (The image at the top of this article is from the NYC Pride women’s event Femme Fatale.)

Queer: A term usually used by younger people whose sexual orientation is not exclusively heterosexual. Typically, for those who identify as queer, the terms lesbian, gay, and bisexual are perceived to be too limiting.

Sex: The classification of a person as male or female. At birth, infants are assigned a sex, usually based on the appearance of their external anatomy. Sex also consists of chromosomes, hormones, internal and external reproductive organs, and secondary sex characteristics.

Sexual Orientation: A universal term referring to a person’s physical, romantic and/ or emotional attraction to members of the same and/or opposite sex, including lesbian, gay, bisexual, and heterosexual (straight) orientations.

Transgender: A universal term for people whose gender identity and/or gender expression differs from what is associated with the sex they were assigned at birth.

Terms to Avoid/Be Mindful of When Referring to an LGBTQ Person:

Admitted Homosexual or Avowed Homosexual: These terms are considered outdated and suggest that being attracted to the same sex is shameful.

Dyke: A derogatory term for women who identify as gay.

Fag or Faggot: A derogatory term for those who identify as gay.

Gay Agenda or Homosexual Agenda: Terms used by anti-LGBTQ extremists to create panic by portraying the pursuit of equal rights for LGBTQ people as evil.

Hermaphrodite: This term is not only outdated but extremely offensive. Use “intersex” instead.

Lifestyle: (Usually preceded by “Gay”, “Homosexual”, or “Transgender”) This terms suggest that LGBTQ people are “choosing” their sexual orientation and are either physically, emotionally, and/or psychologically ill; therefore, could and should be cured.

Sex Change: While not entirely offensive, this term is inaccurate. Since altering one’s birth sex is not a one-step process and the exact number of steps varies from person to person, the word transition is preferred.

Sexual Preference: This term suggests that sexual orientation is voluntary and can be cured.

Transsexual: While not entirely offensive, this is an outdated term that originated in the medical and psychological communities and is not a universal term. It is best to use the term transgender.

Please Note: This is an evolving document. If you are confused, concerned or offended by anything you find in this list (or anything that we have left out of this list), please enlighten us in the comments or by emailing us at info@metrosource.com and we will do everything in our power to address it.

Also check out Does Your Gay Slang Knowledge Reveal Your Age? 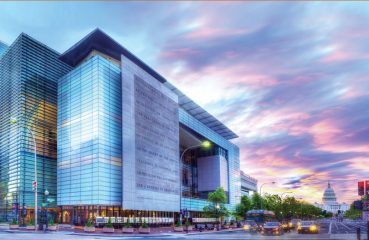 Washington, D.C.’s Newseum bills itself as the premiere interactive institution for documents and objects which chronicle free expression and our First Amendment Rights.... 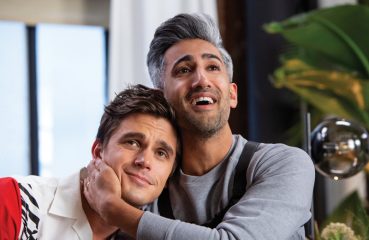 Here’s How to Help LGBTQ Political Targets across the Globe

There are still some 75 countries across the globe that criminalize or penalize LGBTQ people because of sexual orientation or gender identity. For example — and hard as it is to...