“Rocketman”: A Feast for the Eyes and Ears — with Gay Sex 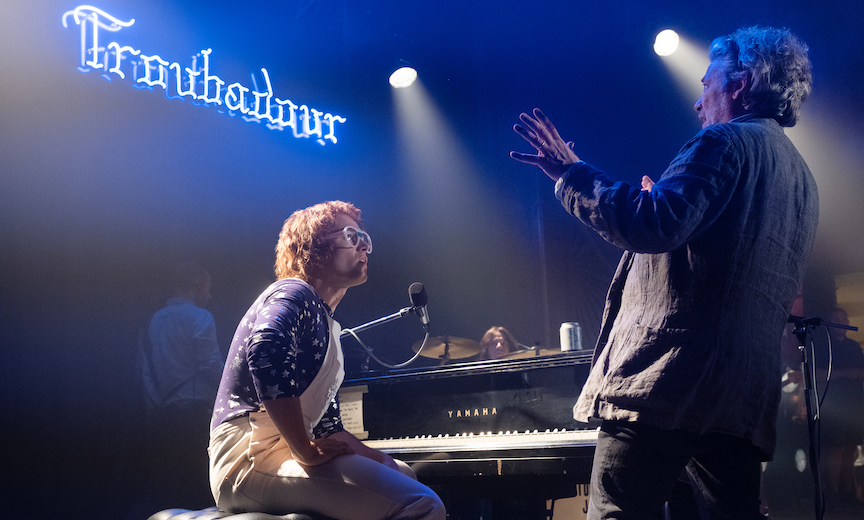 For months, there were reports that studio execs wanted to tone down the gay sex in the Elton John biopic, Rocketman. They lost, and that’s at least one of the elements that makes this movie a triumph.

Rocketman is a sumptuous and kaleidoscopic tour through Elton’s rise and tumble into personal oblivion. That he survived what surely killed several several of his hard-partying contemporaries is a bit of a miracle. But so is the story of the little fellow from Pinner, England who grew up to be the preeminent hitmaker of his generation.

What you’ll see is nothing like the messy hagiographic Freddie Mercury fable of last year’s Bohemian Rhapsody. In an odd twist, after director Bryan Singer was fired from that film, it was finished by Dexter Fletcher, the man behind the cameras of Rocketman. Perhaps from seeing all the soft-pedaling of sex and deification of Queen from there, Fletcher was ready to make something more honest. And, despite the often psychedelic nature of this film, Rocketman is a more genuine reflection of Elton John’s life than Bohemian Rhapsody ever aspired to be.

Visually, Rocketman resembles both Moulin Rouge and Across the Universe, which stitches Beatles songs into a dramatic narrative. Songs from John’s career are in nothing like chronological order, since they’re used to flesh out character rather than as mile markers in time.

Screenwriter Lee Hall sets it up with the most clever of conceits: the entire film is told through Elton’s drug and booze-fueled memory. For example, Elton (in a tour de force performance by Taron Egerton) gets to sing “The Bitch Is Back” to his younger self in the film’s opening. The pop star and lyricist Bernie Taupin (a sublime Jamie Bell) spar in song with “Goodbye, Yellow Brick Road,” and Elton and wife-to-be Renate Blauel (Celinde Schoenmaker) pour out their hearts in a duet of “Don’t Let the Sun Go Down on Me.”

However, Elton’s music is only one of three pillars that send Rocketman soaring. Taron Egerton quite simply crushes it. His investment and commitment is palpable in every scene. It’s a career-making performance, and Egerton holds nothing back.

Moreover, it’s clear this film would not have been the treat it is without director Dexter Fletcher. His camera is exceptionally nimble, his faith to the story and quest to get it right are in evidence throughout.

Perhaps the collective victory is that, while the 1970s didn’t always look like this, they certainly felt like it. And that Elton John emerged from it to sing “I’m Still Standing” as an AIDS philanthropist, gay husband/father and Oscar-winning composer is a real-life sequel no one will top anytime soon. 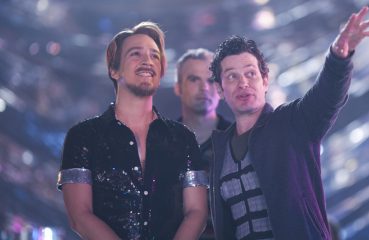 Paddy read Bob for filth and received a dancing eulogy in return. Gwen chose touring in Chicago over a chance to get away from it all, while Nicole gave some of her dad’s vices... 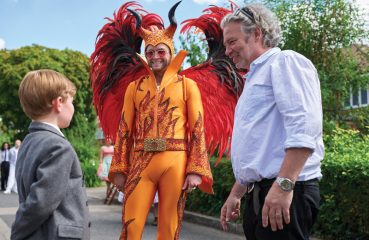 Meet the Director Who Made “Rocketman” Soar

When director Bryan Singer was fired from the Queen biopic Bohemian Rhapsody, studio execs turned to Dexter Fletcher to finish the film, which went on to win a Best Actor Oscar...