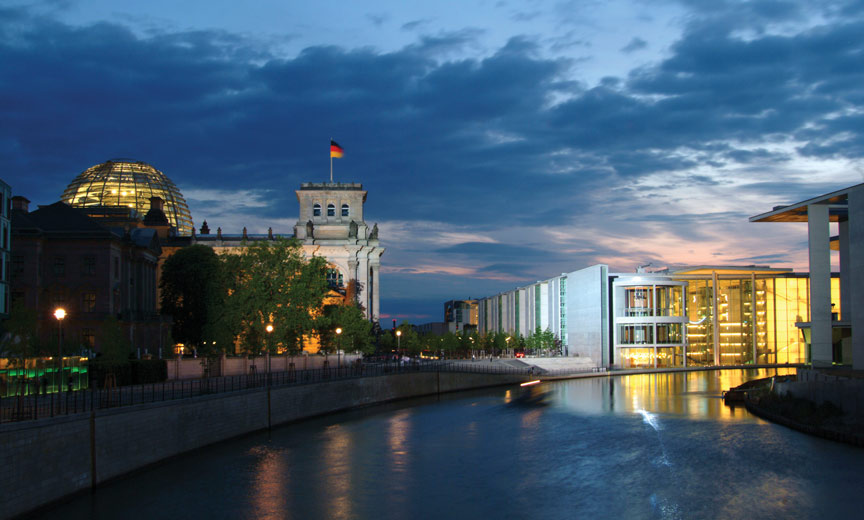 If you’re lucky enough to recall the edgy glamour of 1970s New York, when the city was bankrupt but sizzling hot and teeming with creative energy, then it’s likely you’ll feel immediately at home as soon as you set foot in Berlin.

As David Bowie once said of the city where he lived from 1976 through 1978 while writing his Berlin Trilogy of albums Low, Heroes, and Lodger, “Berlin [is] the greatest cultural extravaganza that one could imagine.”

You can’t help but feel Bowie’s legacy as you sit happily in the lobby library of Orania.Berlin, a luxury hotel in the center of gritty Kreuzberg — nearly oblivious to the fact that the lobby’s full-length windows have been smashed by neighborhood anarchists. In Berlin, it’s never entirely clear whether you are living amidst an act of destructive malice or immersed in subversive public art. Perhaps determining the difference is splitting hairs?

As Berlin’s erstwhile mayor once said, “Berlin is poor but sexy” — words which still beckon like a siren to more than 12 million annual visitors, though the phrase rang with greater veracity back in 2003 when the city’s debt seemed more insurmountable. Currently, Berlin is home to more than a dozen 5-star luxury hotels, in addition to 28 Michelin stars distributed amongst the city’s culinary wunderkinds.

Taking a Bite Out of Berlin

The Michelin-starred Golvet, for example, received its inaugural star only six months after the restaurant’s opening in a former nightclub known for its panoramic views over Potsdamer Platz. While the posh club never found a loyal audience, the restaurant has earned its plaudits from an elegantly understated dining room that keeps a sharp focus on modern European cuisine spiked with Asian influences. A potato baked in salt dough and served like a Fabergé egg is a reminder of the pleasures of simple treasures. Guests seated at the restaurant’s 40-foot bar face the open kitchen, while a terrace offers skyline views of the historic Schöneberg neighborhood where Berlin’s first gay bar opened in 1977.

For years, Schöneberg has been one of Berlin’s most colorful neighborhoods, with residents who have included Christopher Isherwood, Marlene Dietrich and Bowie, who lived there with Iggy Pop in a seven-room apartment. In 2013, one of Berlin’s most original cultural institutions, the Schwules Museum, relocated from Kreuzberg to a former printing house in Schöneberg to accommodate its vast collection of LGBTQ archival holdings.

Nearby — and equally inspiring — is Schöneberg’s Urban Nation, a museum of urban contemporary art which opened in 2017 in a turn-of-the-last-century building. For years, Urban Nation has been creating outdoor galleries on Berlin’s façades, and the brand-new museum presents an amalgam of ‘70s New York melded with 21st-century Berlin in its celebration of urban contemporary artists. Schöneberg also hosts Christopher Street Day, Berlin’s annual LGBTQ celebration of equality, as well as the leather and fetish festival known as Folsom Europe. 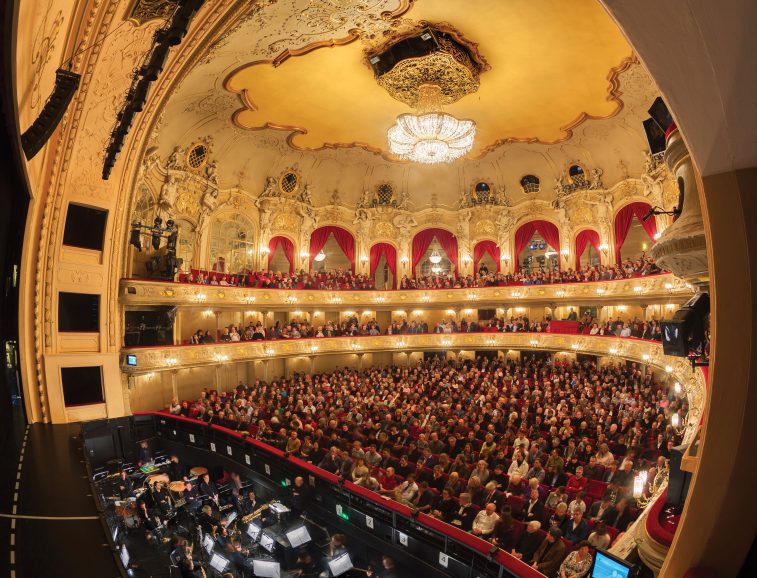 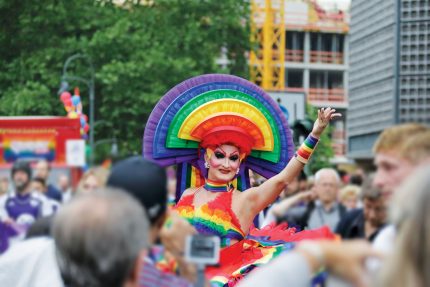 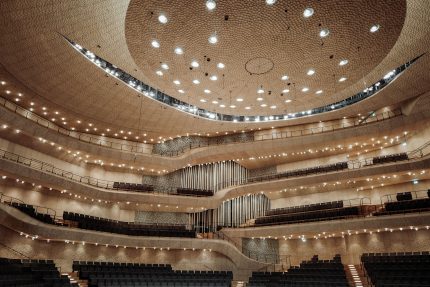 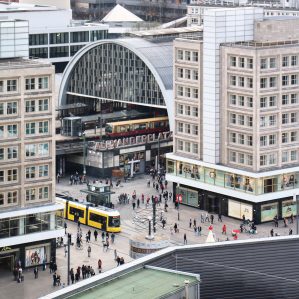 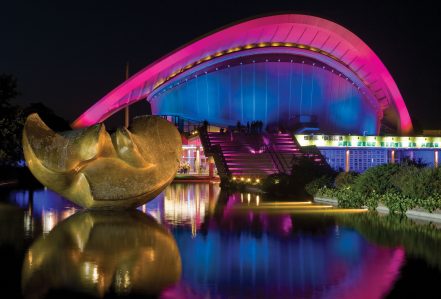 House of the World’s Cultures 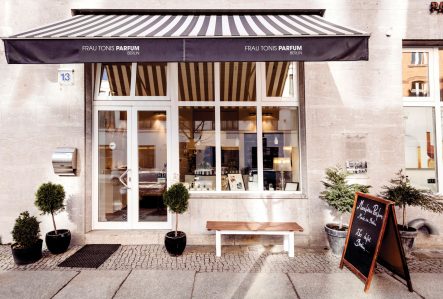 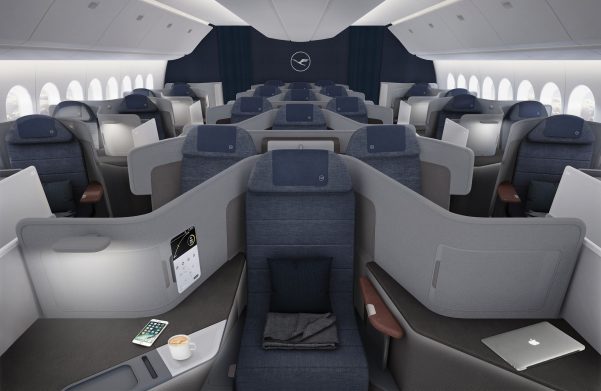 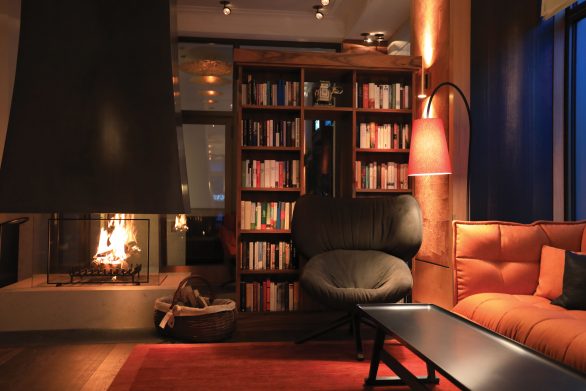 Now, imagine an attempt to capture all this creative fusion — call it “the essence of Berlin” — in a bottle; that’s what Frau Tonis Parfum has done. In a collaboration with Kaufhaus des Westens (aka KaDeWe), the Bergdorf Goodman of Berlin, the haute parfumerie released Berlin: a vibrant elixir of lemon, cedarwood and cardamom.

“I still keep a suitcase in Berlin,” sang Marlene Dietrich in an expression of her ongoing love for the city. Frau Tonis has also translated that love into a fragrance called Veilchen, a seductive interpretation of Dietrich’s signature violet blossom fragrance. As intense as Dietrich was assertive, Veilchen is a mesmerizing ode to the actress’ timeless glamour. Located near former Berlin Wall crossing spot Checkpoint Charlie, Frau Tonis also offers fragrance workshops for those seeking to create a personalized scent.

History seems to loiter around every street corner in Berlin. Across the street from Checkpoint Charlie, Die Mauer asisi Panorama Berlin still provides a 360-degree reminder of an autumn day in 1980s Berlin when the Wall still divided the city. Artist Yadegar Asisi utilizes photography, painting and stage design to recreate the haunting atmosphere of lives lived in the shadows of the Wall — including the menacing motto: “Those who do not respect the border will be greeted by bullets.”

Berlin Is Open for Business

Today, the city’s slogan is Berlin 365/24, a reference to Berlin’s ongoing openness to everyone at all times. A reflection of the citywide creative spirit, Berlin’s start-up economy numbers in excess of 2300 with more than 22 accelerators and incubators. Europe’s first 5-star airline Lufthansa established its Innovation Hub in 2014 at Hackescher Markt, the nexus of Berlin’s start-up ecosystem, to better foster partnerships with the global travel market. In November 2017, Lufthansa Group inaugurated its new JFK/Berlin route with a Business Class experience (pictured) marked by elegant lounges, onboard restaurant service and lie-flat seats that extend to nearly six feet in length. 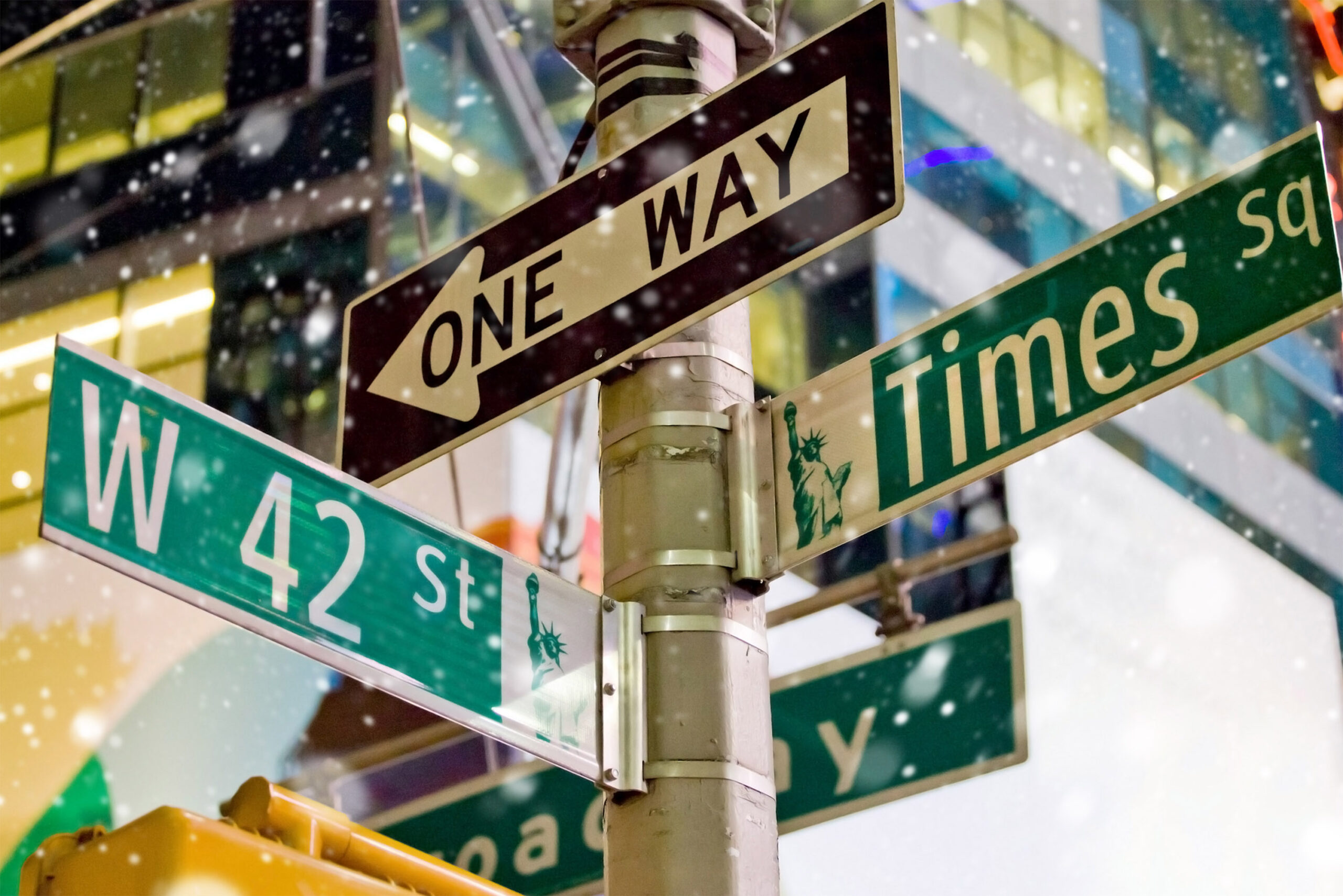 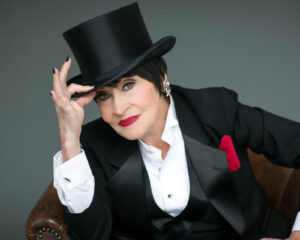 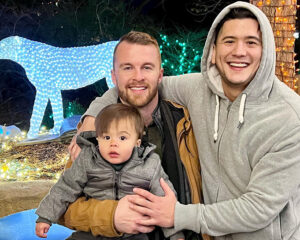 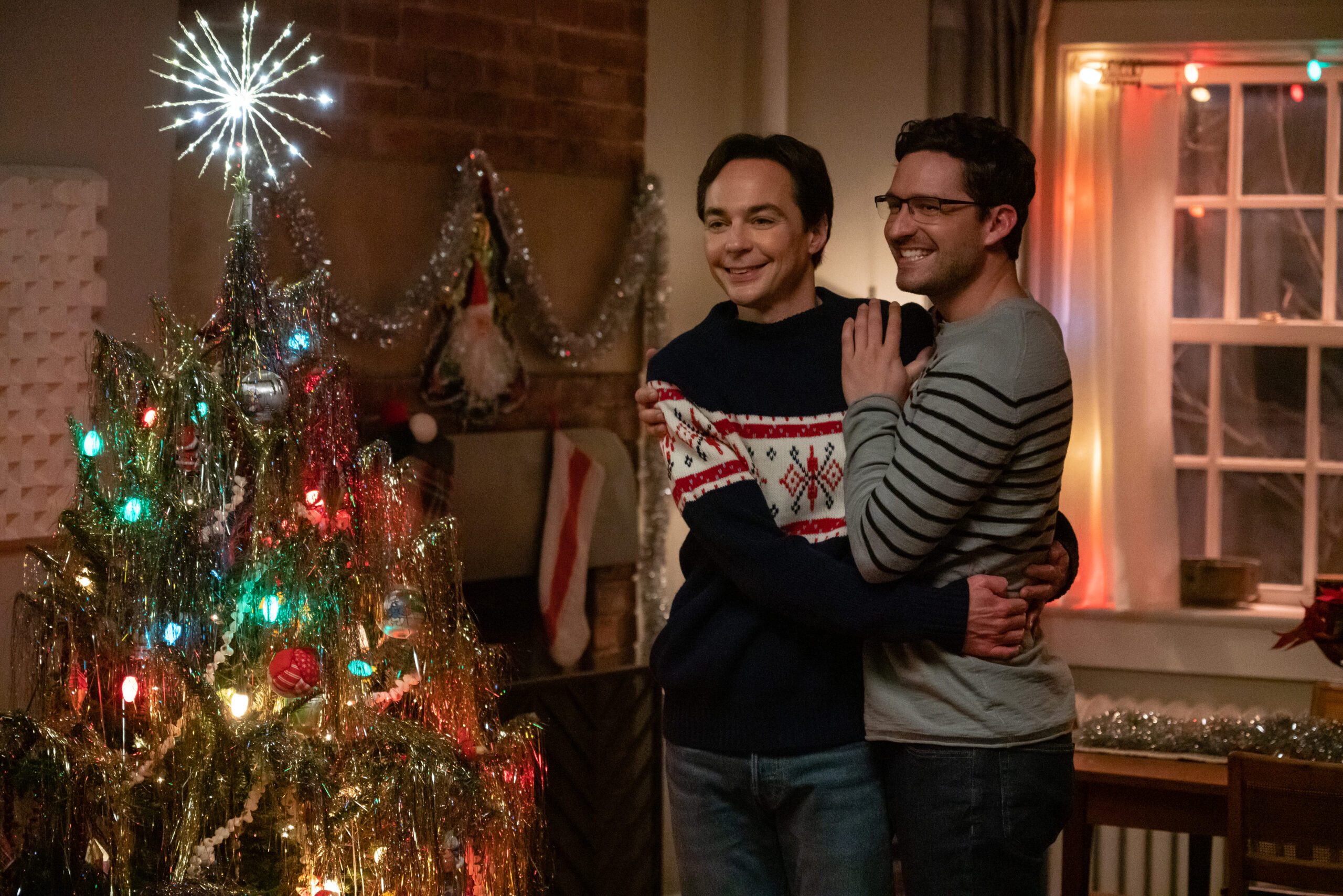 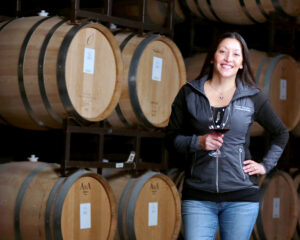 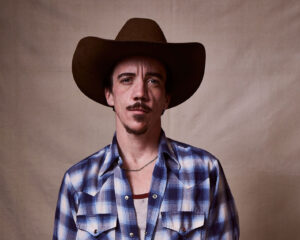 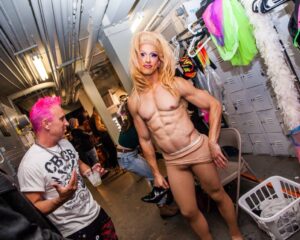 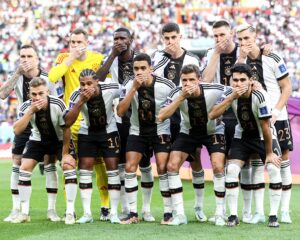 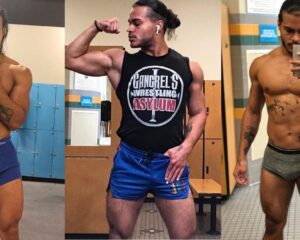 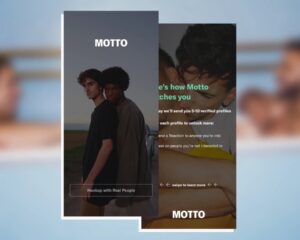 One’s arrival at Orania.Berlin offers an inside view onto the raffish charms of Kreuzberg, one of Berlin’s most vibrant neighborhoods. Imagine Haight-Ashbury in the swinging ‘60s transported to Berlin; its burgeoning cultural scene is now anchored in this luxury hotel on the corner of Oranienplatz. A member of Small Luxury Hotels of the World, Orania.Berlin opened in August 2017 with a paint-bomb benediction from the neighborhood’s raffish elements, although more benevolent Kreuzbergers are usually found with a cocktail at Orania.Bar amidst a cabaret milieu that evokes the historic building’s original 1920s café.

For decades, Kreuzberg has also been home to Berlin’s largest Turkish community, and an evening at Fes Turkish BBQ serves as a persuasive reminder that the neighborhood still offers the city’s best Turkish cuisine. Scores of plates crowd communal tables — flatbreads and meats and more than a dozen mezze spiced with cumin, sumac, red pepper, oregano, mint — and it’s here in a roomful of expats and immigrants, hipsters and Berliners, all sharing in this festival of flavorful food, that you recognize what a truly marvelous medley 21st-century Berlin really is. 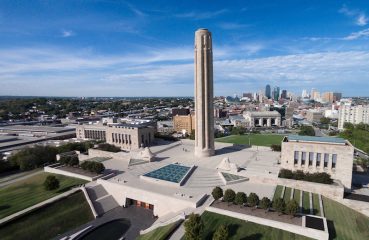 The only things I knew about Kansas City Missouri prior to visiting were its legendary tales of barbecue and the Kansas City Chiefs. I went with an open mind and few expectations.... 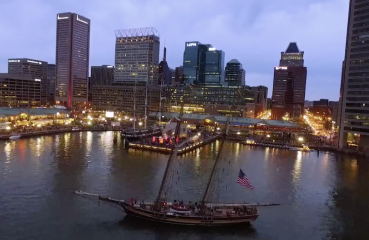 Why Should LGBTQ Tourists Visit Baltimore? We List the Reasons — and There Are Plenty

LGBTQ tourists have abundant choices on the East Coast for a long weekend. Philly is close; Boston well within range, and P-Town only a short ferry ride away from there. But...