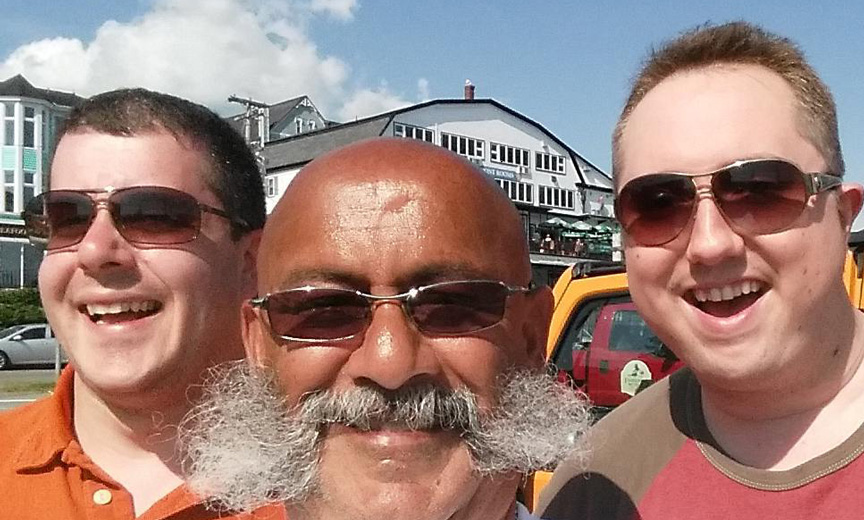 What happens when you end up in another country with a raging infection, the wrong antibiotics and enough cold medicine to anesthetize a moose? I found out.

A few summers ago, my then-boyfriend (now husband) Justin and I planned a much needed long weekend away in Nova Scotia. However as the date approached, I had a sore throat that just would not quit.

When I went to the doctor, the verdict was likely strep throat. They sent me to pick up a prescription for antibiotics at a nearby pharmacy. When I arrived, the pharmacy’s computer system had gone haywire and couldn’t process my order. With little time to catch our flight, I pleaded with the pharmacists. They took pity on me and sent me on my way with a Zpak.

We had left our schedule for the first day mostly open to get a feel for the city, but I couldn’t make myself get out of bed. I recall HGTV blaring as I slipped in and out of consciousness. With copious cold medicine, I rallied by dinner time — enough to limp my way through a walking tour of local restaurants. Though a Thai soup we encountered offered some soothing, I was still suffering and wondering when the antibiotics would kick in.


A Little Off the Top

The next day was dedicated to visiting local landmarks with “Open Top Tours” (so named for ferrying guests about in Jeeps.) Our guide sported both a jovial attitude and some truly impressive mutton chops. Justin chatted with him amiably, while I spent most of the day shivering in the back seat. Occasionally I would clamber out to look at a local landmark like the storied lighthouse at Peggy’s Cove. I tried to find a positive attitude, but I felt terrible.

After that torturous day, I was not looking forward to the next. We’d be heading even further afield on a tour of local wineries. As it was a group outing, I feared having to make small talk with fellow tourists. However, I had underestimated the miraculous effects of mixing wine and cold medicine. By the second winery, I was cracking jokes with the other couples. At our last stop, a bucolic wonderland known as “Tangled Garden,” I even posed for some rather hilarious photos. I only partially remember doing this. 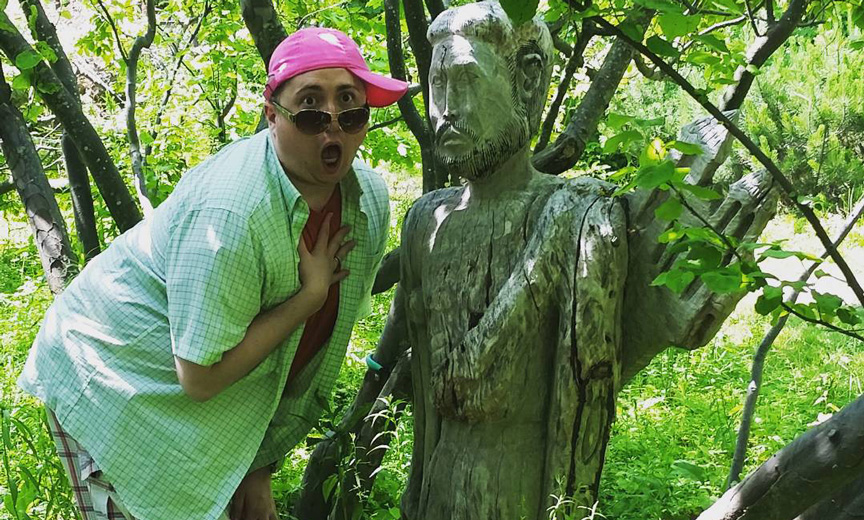 Paul Poses while Zonked on Cough Medicine at the Tangled Garden

By the time we headed out for our end-of-trip dinner that night, I was hopeful the worst of the illness was finally behind me. Yet as we made our way through the tasting menu, the potent cocktail of wine and cold medicine began wearing off. Plus, there was a new symptom: An unpleasant rumbling in my middle that seemed to be saying, “You took much medication. You pushed yourself too hard. And now you will be punished.” We informed our waitress that we’d be skipping our final course and set off for an almost entirely uphill walk back to the hotel. What can I say, reader? I almost made it back with my dinner and my dignity in tact.

Once we got back to New York, my voice was nearly non-existent and my throat was constantly on fire. I was in so much pain, I couldn’t even sleep. My doctor’s office called to see how my antibiotics were working. In response to my croaked explanation, they informed me that a Zpak is rarely effective for strep throat. I would need to be on a much stronger antibiotic immediately. It would be weeks before I felt anything close to normal.

When I think back on that trip, it’s like trying to remember a dream. Even amidst the worst of it, there were some moments that brought me joy. I remember — during that first rough day in the hotel — how every designer on HGTV seemed to be building a pergola. I’d never heard of these intriguing little garden structures before and for some reason found the word bizarrely amusing. Even as I struggled through our “Open Top Tour” day, Mr. Mutton Chops played a favorite local sea shanty called “Barrett’s Privateers”; I’ve loved it ever since.

Most importantly, what I remember is Justin’s kindness throughout. He didn’t know I was on the wrong antibiotics and getting sicker. He couldn’t feel how the cold medicine was providing so little relief while making me feel increasingly bonkers. But he listened patiently, held me through the shivers, and never complained that my illness was ruining his vacation. I don’t ascribe to the belief that some all-powerful being sends hard times to test us. But being down and out in Nova Scotia proved Justin was the travel buddy I’d always want by my side.

Wanna know when we publish more real slices of LGBTQ life? Sign up for MetroEspresso. 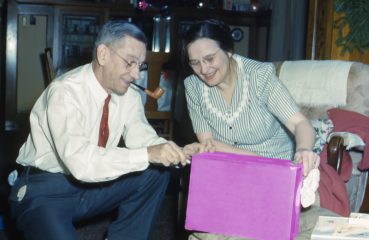 David plans a party to introduce his conservative parents to his California friends, but when the big day comes, they’re reluctant to attend. Kind, Modest, Small-town People I... 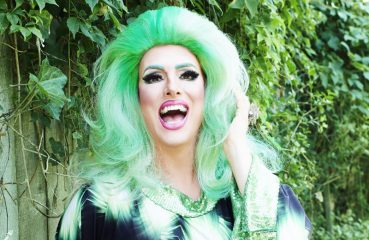 LGBTQ people often think of Pride as a place: a parade, a festival, a party. And for some of us, that energy can eventually become overwhelming. But, even as she attempted to...