This is How A Gay Wingman Crashes and Burns 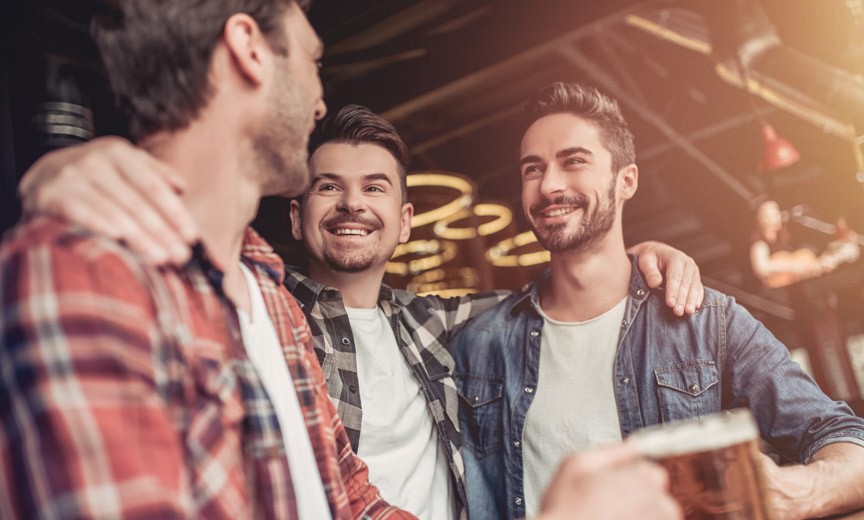 I was never the most popular guy in school. It always seemed a dubious honor at best, and one that carries far too much pressure. You have to spend time with people who share only a few of your interests and engage in a degree of brown-nosing I generally find disagreeable.

But I am a people person. And growing up in a swirl of alcohol and chaos, I envied the popular kids. They had shiny cars, letter jackets and ‘60s sitcom-perfect parents. Being a closeted gay teen, I longed to bask in the glow radiating from my neighborhood heroes, but not so evidently that I’d get clocked as a homo by anyone looking too closely.

My accidental alternative was to become besties with the most popular guys in school. Age-wise, I fell right between two brothers, one a year older, one a year younger. We met when I was nine and a friend introduced us while trading comic books — Me, Marvel. Them, DC. We were a multi-culti Jonas Brothers.

For the next ten years, we were more together than apart. We came from military families, and since they are black and I am white, we were all minorities in 80% Hispanic El Paso. We were practicing Catholics too, and served mass together as altar boys. I became more a part of their family than my own. When visitors came to their home, I was often introduced as “the white sheep of the family.”

David and Don were the coolest guys in their respective classes. I was able to dwell in the vicinity of their mojo just because I had always been there. When their fancies turned to music, I followed suit. They learned guitar; I joined the choir. They landed gigs, and I took up writing about pop artists in the school paper.

That’s where I quickly learned  that the perks of writing about entertainment included free tickets to concerts, movies, musicals, plays and after-parties. I had no car, but there was always some preppy hunk who did. It became the perfect subterfuge to date guys I found attractive without anyone knowing. Not even them.

Once out of high school and into college, I honed my craft. I became the ideal guy to hang out with at discos, nightclubs or rough joints where cowboys still two-stepped to the “Cotton-Eyed Joe”. The way I put the ladies at ease in conversation always made my buddies feel like they could focus on getting drunk and laid – secure in the fact that their girls never quite seemed to be “my type.” I wasn’t the best dancer, but I was often the most willing and always the least toasted (lest I betray the urge to kiss one of those handsome unsuspecting guys).

One night, I ended up alone with a girl I had been dating socially. With no one else to hide behind, I surrendered my Golden Gay card then and there. It was either that or out myself to a girl I knew would not deal well with the newsflash that she’d been dating a gay dude for an entire semester.

After college, I moved to Austin and slowly emerged from my straight cocoon. And over time, I outgrew the need to be in anyone’s shadow (Cue the Whitney.) For the better part of 10 years, I co-hosted a drive time radio show called “Kevin & Kevin in the Morning, from 5:30 to 9am Mondays through Fridays. We played rootsy music called “Americana” (the station is now known as “Austin City Limits Radio”), while our neighbors down the hall offered up shock jocks, classic rock and Rush Limbaugh wannabes.

On a break one day, I dashed out during a commercial break to hit the restroom and a young woman stepped out from her booth where she was spinning techno and house music for breakfast. She looked me up and down. “You’re Kevin,” she said. I nodded. “So you’re gay, right?

Unsure of where this was headed, I affirmed that indeed, I was. “Do you know any straight guys?” Bewildered and bemused, I allowed that I have many straight friends. She  said, “Oh, good. Can you fix me up? I sure could use a date.”

Some weeks passed and before long, I introduced her to a young medical intern friend of my then-husband-to-be. She seemed um, very into him during the happy hour where we handed them off to each other.

We never heard from the aspiring doctor about how their encounter went. But I did run into my female deejay co-worker, who had all but forgotten his name by that point — even though only two weeks had passed since she was in his lap, kissing him.

“You two really seemed to hit it off,” I said, sure that I had done my Wingman best. “What happened?”

She shrugged. “Two-pump chump,” was all she said before throwing all her weight against the door to her studio.

I’m pretty sure that in that moment I lost any desire to facilitate someone else’s happy hook-up, as a wingman or otherwise. I still wake up occasionally with that poor kid’s tombstone illuminated in a flash of lightning like something out of Ebenezer Scrooge’s Christmas Carol nightmare.

“Here he lies,” it says for all eternity: “Two-Pump Chump.” 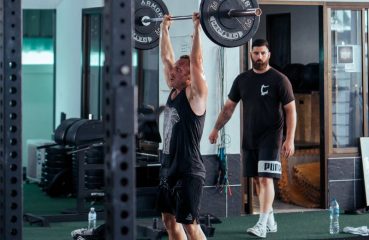 This Is How Couples Work out Working out Together

After years of embracing decidedly contrasting fitness routines, husbands Wade and Gary attempt to embrace one another’s regimens of choice. My husband Gary and I spend... 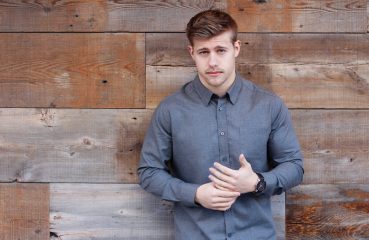 Here’s How You Can Be Short, Gay and Crush Your Look

A hundred years ago, American men were the third tallest in the world: at 5’7”. Less than four percent of the population was six feet tall or more. On average, males have...