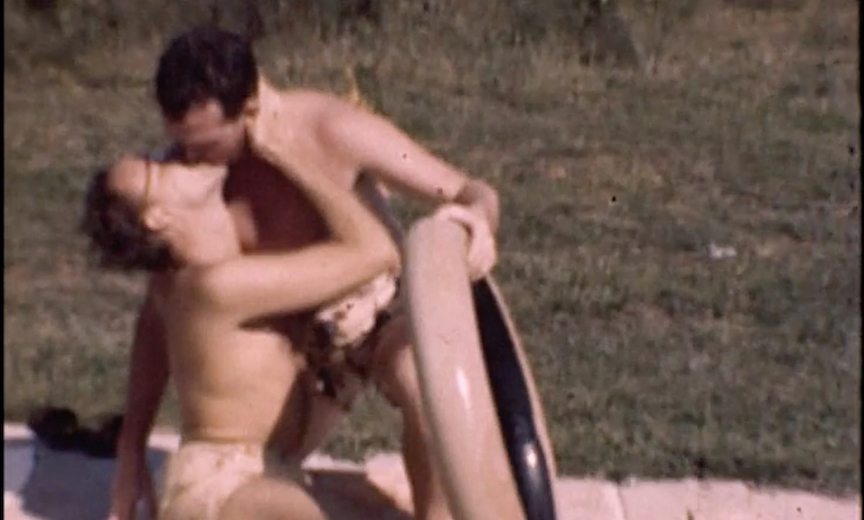 Finding footage of a gay pool party from the heartland of America during World War II was an astonishing coup for first-time director Geoff Story. Now he’s on a hunt to track down the participants or their relatives.

And he’s looking for your help.

“Back in the day, I’d go to yard sales and estate sales,” he says. “And in 1996, I went into an attic and found several reels of film. I held one up to the window and it said, ‘A Gay Party.’ I knew that had to mean one of two things, and I knew that was sort of what you’d call code back then. So I went home and put it into projector and the first thing I saw was a man in drag with a cigarette in his mouth sashaying up to the camera.”

As he sat transfixed, a wash of images rushed by. “Men kissing, swimming, nude and clothed, in uniform and not from this pool party in Hillsboro, Missouri. It was all quite taboo at the time.”
Story, now 50, had only recently come out at the time. Because his discovery was so unique, he chose not to contact those who sold him the footage for fear they’d want it back. “Sam Micotto and Buddy Walton have both passed now, and I regret that I didn’t reach out at athe time.”


After years of debating what to do with the footage, Story, a creative director in the advertising business, decided to make a documentary about what he’d found. Ultimately the footage revealed not just one event, but a string of gay happenings — all decades before the Stonewall Uprising began the LGBTQ struggle for equality.

“I knew I had something special,” Story says, “because the sense you get from watching is both immediate and nostalgic. You look at some of the faces, and they remind you of people you know or knew. And it just pulls you in that way, until suddenly you see clothing or a hairstyle or a uniform or car that reminds you of just how long ago it was.” 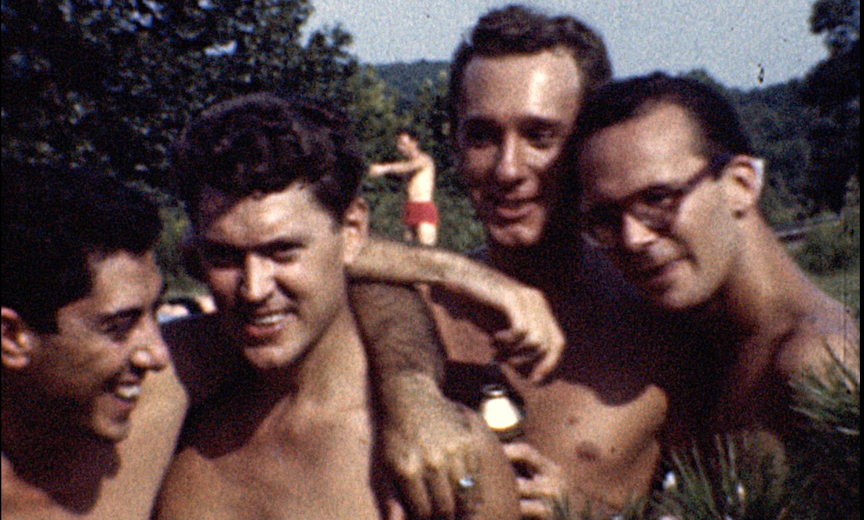 As best he can tell, the reel captures events from the early ’40s through sometime in the 1950s. “It was clearly filmed over several years, based on the cars and we zoomed in on a gas ration sticker that had to be during the war. But it’s not an exact science.”

So far, Story has found a handful of relatives who have contributed interviews to his doc-in-progress. “You’d think that at least some of them might have been embarrassed to have a relative who was gay from back then,” he muses. “But it’s funny. Nieces and nephews say that they didn’t think their uncles knew their families knew they were gay. But they did, and they loved them just the same. One was a godfather who was more of a father than the actual father they had.”

The Holy Grail of the project — finding an actual participant in one of these events — has eluded Story for the time being. “But it’s still possible,” he says. “They’d be in their upper 80s or 90s by now, but I’m holding out hope it could still happen.”

Toward that end, Story has put up a website and a phone number for those who think they might have something to contribute. “You can go to the gallery I’ve put together with my co-producer Beth Prusaczyk. And if you think you recognize someone, we’d encourage you to call, because having a phone message integrates really well into the film. We have several already.”
Clearly, the film is a labor of love, and he’s hoping to have a completed doc to enter in film festivals in the fall of 2020.

Story describes his detective work as alternately exhilarating and disheartening when a lead turns into a blind alley. “But when you find someone who had a relative who was there? It’s amazing,” he says. “In some instances it’s provided people with closure; it’s helped create a legacy, and in one case, I had a journalist contact me shortly after coming out who told me that it gave him the courage to do so. That makes it so much more worthwhile.”

If you think someone gay (the pool party is all male) might have been gay and living in the Missouri area during that period, you can check out the gallery, where the phone number is also listed, and contact Story to share whatever information or details you might have.

See the site at gayhomemovie.com or heck out the Gay Home Movie gallery. 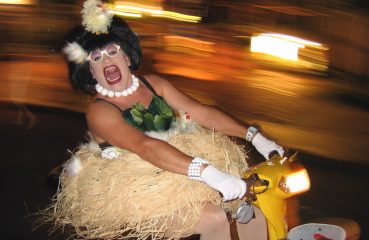 These Are the Best Shows in Provincetown This Season

Every year, we make like the Pilgrims and spend a little time where they first landed — in Provincetown, MA. Yes, it’s gayer than Disney Days. Yes, it’s not as gay... 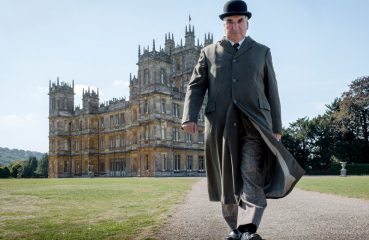 When the last episode of Downton Abbey aired in 2015, many viewers felt as if they were losing old friends. So it will be quite the lovely reunion when the Crawleys and company...