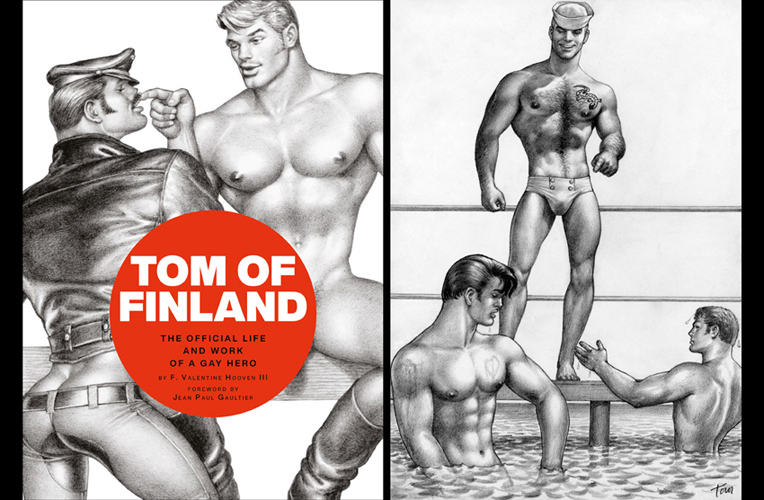 Tom of Finland (born Tuoko Laaksonen, 1920–1991), was an iconic and ground-breaking artist who rose to cult status in the international queer community and beyond for his work celebrating the male figure and masculinity during a time when being homosexual was taboo. “Although he never attended a march or waved a banner at a demonstration, in the second half of the 20th century no one did more for the furthering of gay pride than Tom did,” said F. Valentine Hooven, III. “Many may have forgotten, or never knew, the shameful stereotypes of queer people that were once damn near universally believed and which Tom deliberately combated with each stroke of his pencil.”

Created in partnership with Tom of Finland Foundation, Tom of Finland: The Official Life and Work of a Gay Hero (by F. Valentine Hooven III) is a beautifully detailed account full of never, or rarely seen, materials from his archive. The text was completed just a few months before the death of the artist and he was interviewed at length for it—making this book the only fully approved biography of the legend responsible for creating the muscled, mustachioed gay archetype of the 1960s and ’70s. “Tom and Valentine certainly had a great rapport. With both of them having so much trust in each other, and that there is so much in The Official Life and Work of a Gay Hero that is in Tom’s own words, this work truly has a personal, autobiographical feel to it. I am so pleased that we are able to release this special 2020 edition for the anniversary of Tom’s birth,” says Durk Dehner, president and cofounder, Tom of Finland Foundation. “I know Tom would be pleased, too!”

TOM OF FINLAND Tom’s Marine, 1984, graphite on paper. From The Darkroom

Avant-garde, provocative, subversive and rebellious – Tom of Finland stamped history with his recognizable artistic style. A virtuoso of drawing, he fashioned the silhouette of a new Gay man – strong, confident, joyful and assertive – fully participating in the visibility and recognition of the nascent Homosexual movement.
With text authorized by the artist himself a few months before his death, and published in partnership with Tom of Finland Foundation, this illustrated biography reveals a life of art, pleasure and liberation.

To order the book and find more, visit TOM OF FINLAND FOUNDATION.

A New Tome Takes A Tour of Tom of Finland's Home 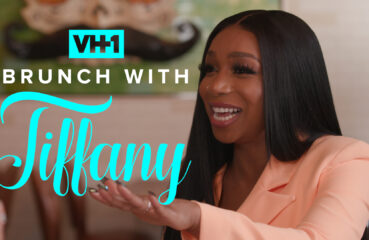 Grab a seat for the booziest brunch around as Tiffany “New York” Pollard returns to VH1, and this time she’s invited her famous friends to pull up a chair and spill the tea... 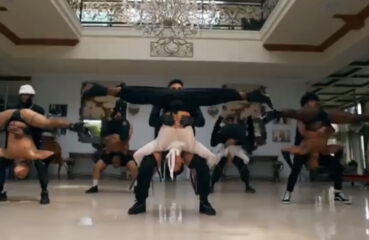 Move Over, Cardi B – WAP Gets Gay

Citizen Kane… Lawrence of Arabia… Wet-Ass Pussy. These are the benchmarks of classic entertainment, served up hot and nasty. And who understands entertainment better than the...