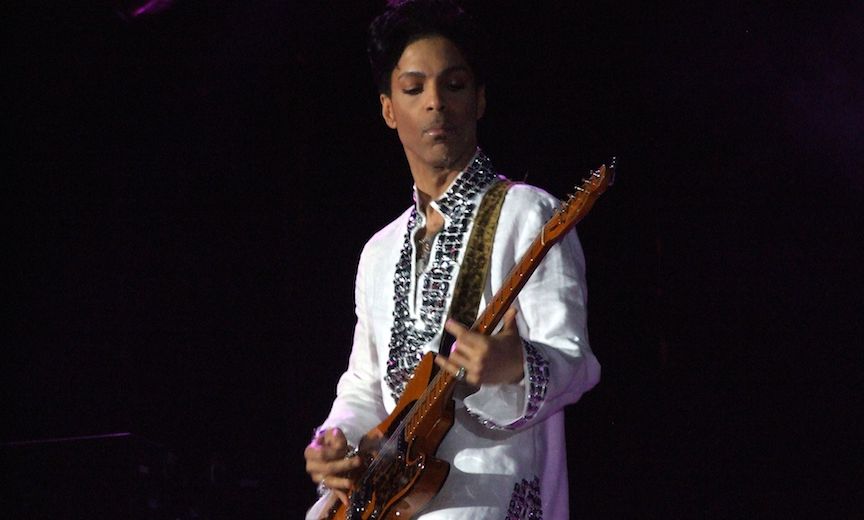 Guys with style always catch the limelight. But how do you push the envelope without feeling like you stick out? Fashion heroes always find a way.

Let’s face it: the best looking men could often look good in the shower. “We’re all born naked,” as RuPaul likes to say, “and the rest is drag.”

And I’ve always felt this way. Fashion is for people with no sense of style. If you’ve got your look together, even the decade doesn’t seem to matter so much. Just as Marlon Brando popularized the t-shirt and the motorcycle jacket he wore like a second skin in The Wild One, some garments put the male physique on display like no other. When I briefly worked at J. Crew some years back, I’d always ask customers the one question I’ve never heard anyone else pitch that seems essential to the way you want to be seen: Do you dress to fit in, or do you dress to stand out?

Here — in no particular order — is our Top 10 list of guys who did, and continue to do it their way. 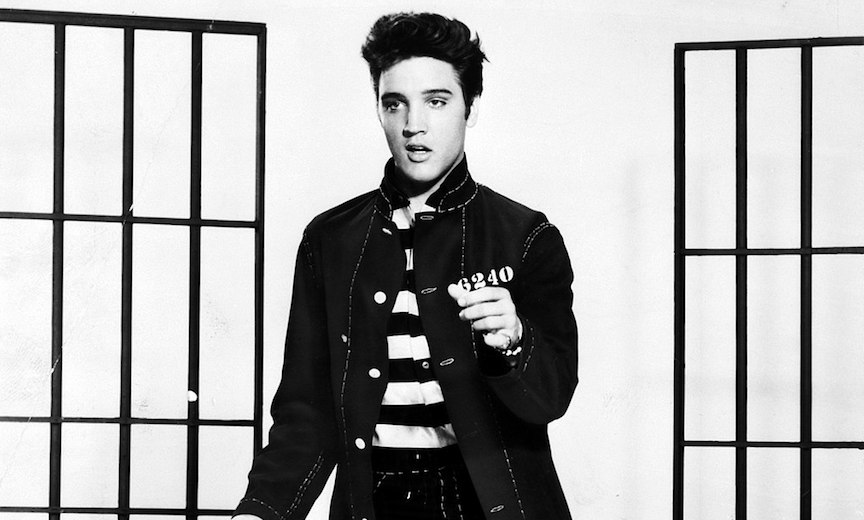 10. Elvis Presley: Yes, we all remember the jumpsuits with the 5-inch belts that look like they were won at a wrestling match. But back in the ’50s, Elvis cultivated a look so sharp and brazen that it telegraphed sex appeal from miles away. Much of what he wore back then is still on display — and available for purchase — at the legendary Lansky’s in Memphis. 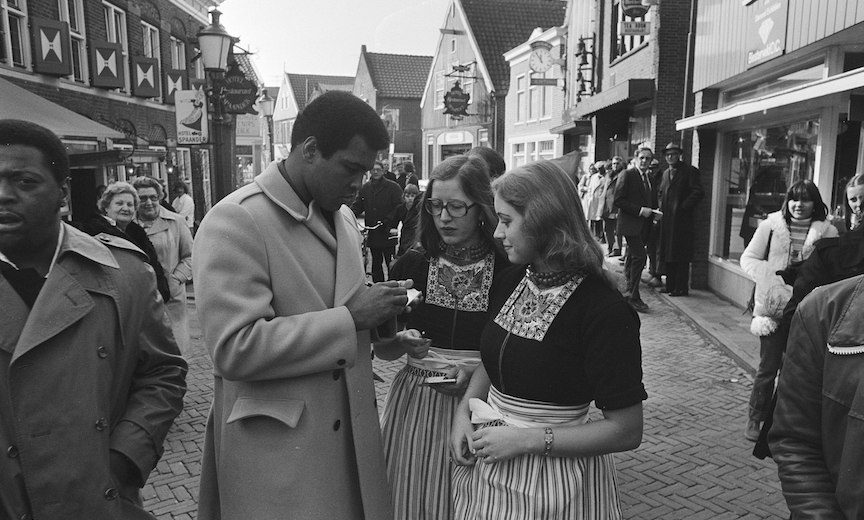 9. Muhammed Ali: The champ always looked the part, especially at the height of his fame back in the mid-60s. The sunglasses. The black leather trench coat. The sharkskin slacks. Ali had more ways to float like a butterfly and sting like a bee than he ever put forth in the ring. 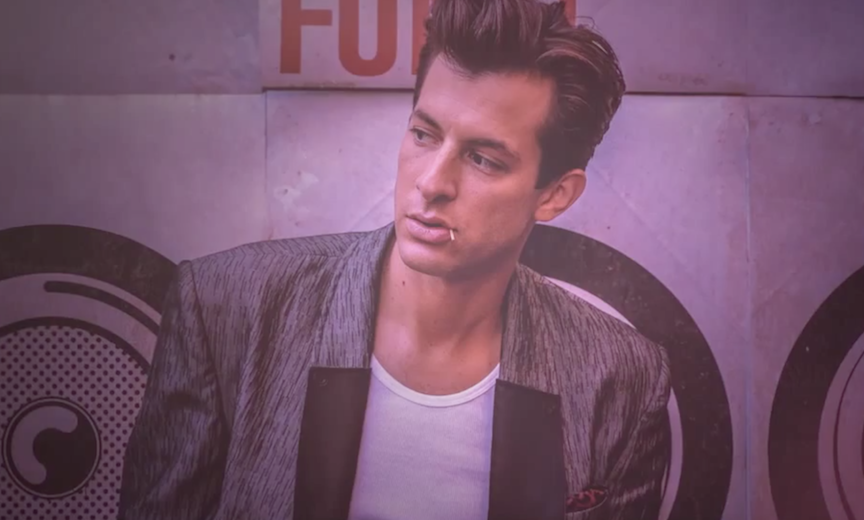 10: Mark Ronson: “The definition of style is what makes you feel good when you’re in it,” Ronson says. Edgy suits. Ben Sherman pullovers. The pompadour. Ronson discovered his own sense of style long before he discovered Amy Winehouse and produced her Back to Black masterpiece. These days, he’s writing and producing with everyone from Duran Duran to Lady Gaga and Bruno Mars (who can also rock an outfit to there and back), as well as keeping up with his career as a DJ. Watch his TED talk, or listen to his new Michael Jackson remix or check out his newest collaboration with Silk City, Dua Lipa and Diplo:

9. Cary Grant: The man who made the suit look effortless. Through the Depression to Studio 54, Grant always put the best version of Everyman — himself — front and center. There’s a reason why he’s on every list of best-dressed man ever compiled; he never took a bad picture, because he never left his home looking less than 100 per cent. 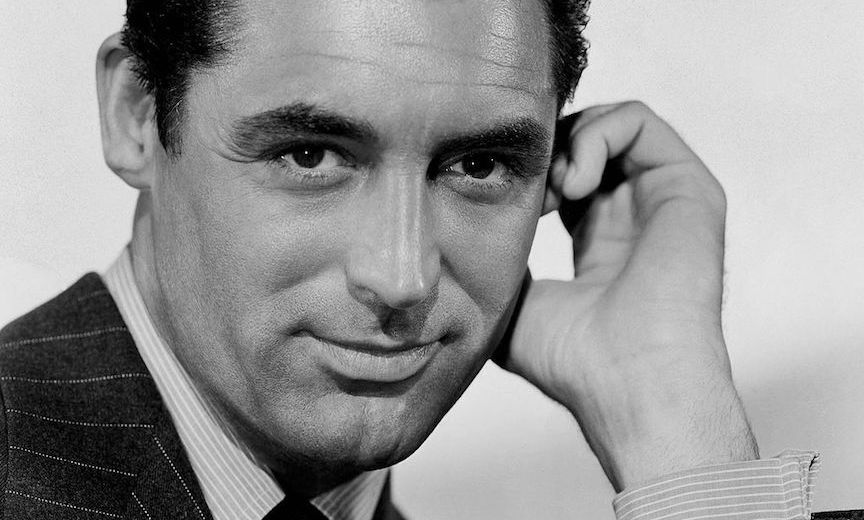 8. George Clooney: Notice that Clooney picked up where Grant left off. Yes, he’ll do scruff. Sure, he’ll wear jeans. But he’s simply working with a broader palate of choices than his predecessor had. It’s still Hollywood cool writ large, and like the matinee idol before him, he makes it look easy. Advice given by a top male designer? Dress to the nines. Look in the mirror, and then take one item off and put it away. That will always keep you from overkill. 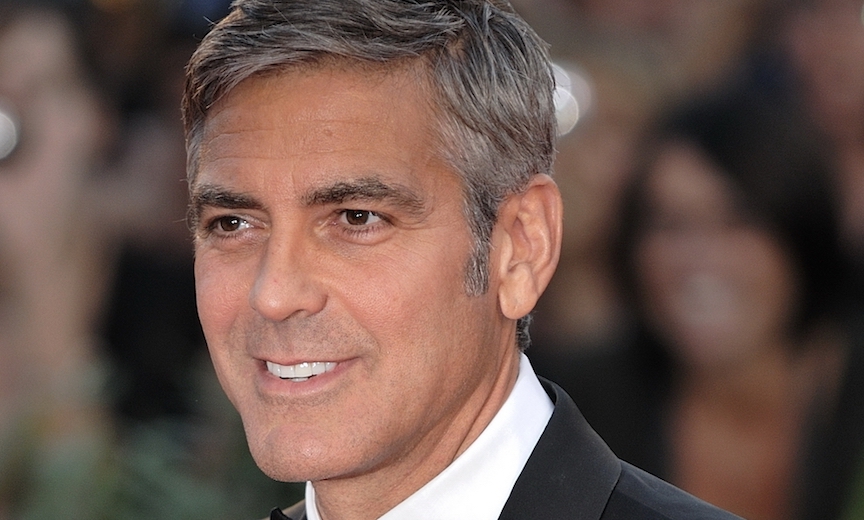 7. Prince: Who but Prince would conceive of wearing nothing but leg warmers, a black bikini and a trench coat? Prince had flash long before he had cash. Once Purple Rain made him a household name, all that changed, and nearly everything he made was custom-tailored to his 5’3″ frame. Originally inspired in equal parts by Little Richard and Jimi Hendrix — who both believed the best color was every color — Prince developed such a personalized look that he took it where none could follow, just like his music.

6. Marlon Brando: It’s a shame that younger guys mostly remember Brando as a bloated mess. In his prime, only James Dean could even sit on the same bench without looking … less than. You can thank him for the tank tee known around by the very un-PC term of “wifebeater,” based largely on Stanley Kowalski’s wearing it while doing unspeakable things to Blanche DuBois in A Streetcar Named Desire. Brando’s Kowalski was a knuckle-dragging caveman who showed no signs of class or regret about lacking it. Not a guy you’d want to date. But . . . 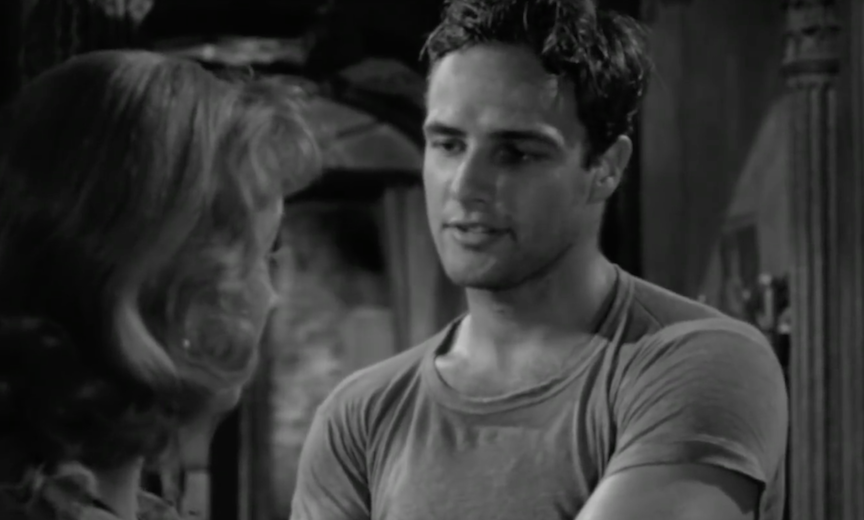 5.Harry Styles: Speaking of princes, Britain’s other favorite Harry seems to have left the cradle to go clothes shopping. His hair may be in desperate need of control, but everything he wears to complement that raging mane screams out, “Hey, I got this!” Bold patterns, bright colors, and one of our straight allies who continues to generate whispers about being gay because Harry Styles‘ choices push the envelope hard. 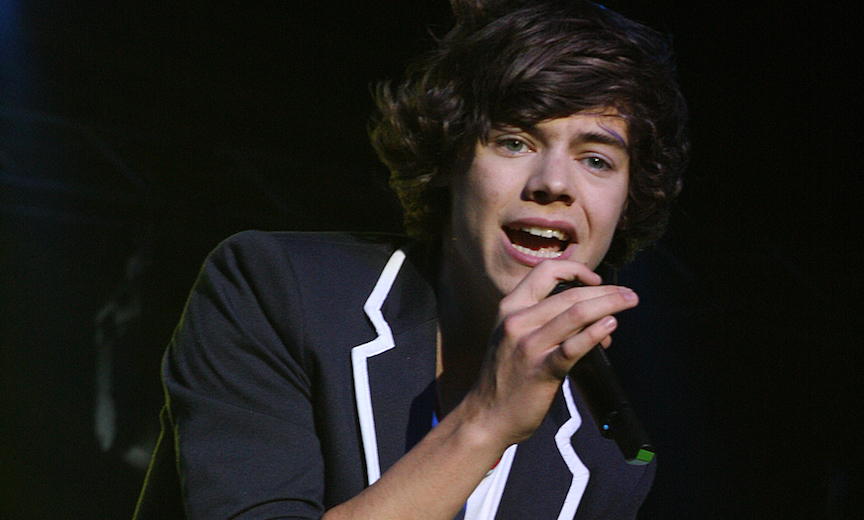 4. Steve McQueen: The quintessential American “guy” look was practically invented by Steve McQueen, with a little help from Paul Newman. The chino. The Baracuta jacket. The mock turtleneck. The corduroy jacket. The motocross windbreaker. All Steve. All the time. Not many men made the jump from pre-Rat Pack cool to post-hippie chic. McQueen did it without blinking. 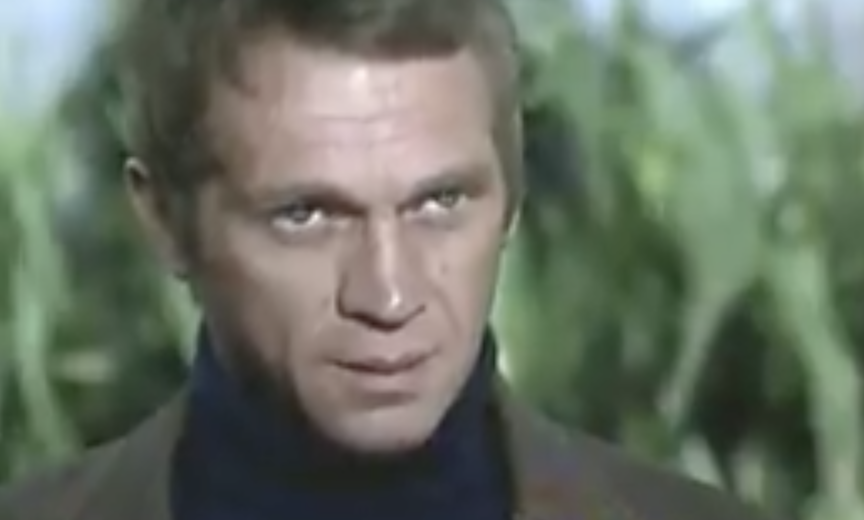 3. Ne-Yo: Get Closer, as one of the smooth R&B singer is known to croon. Here’s the man who raided only his favorite of Michael Jackson’s dance moves, pinched only what he liked about Sammy Davis Jr.’s hat collection (the undersized fedora now belongs as much to him as his style forefather), and knows that blazers are meant to blaze. Like Andre 3000 and Bruno Mars, Ne-Yo knows that you’ve gotta own a big personality to rock a loud wardrobe. He, and they, bring it. 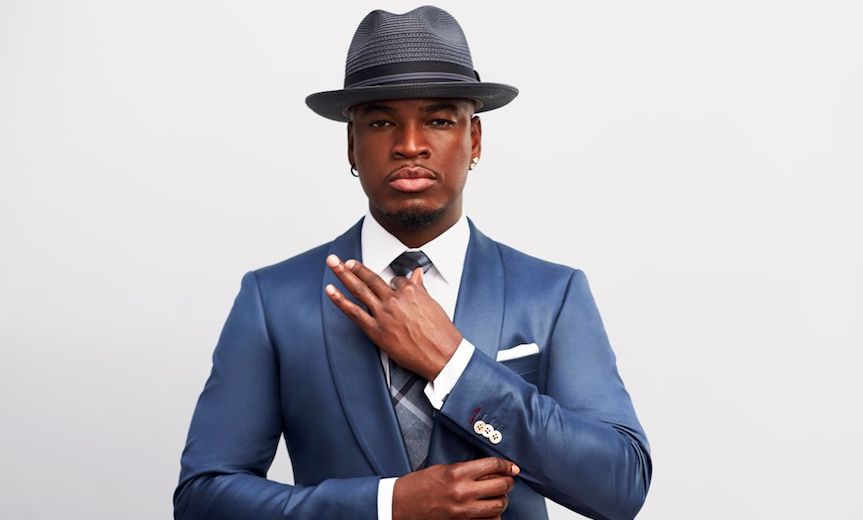 2. Ryan Gosling: Notice a trend here? None of these guys would dare be caught out of their look, which is why Gosling can tuck his handsome mug deep into a hoodie at the airport and his 50-year old distressed boots and perfectly worn-in jeans give him away faster than you can say, “I’m sorry. I’m gonna have to pat you down.” His suits? Imaginative and immaculate (much like Ronson’s). His polos? Timeless. He can even wear what looks like a pajama top at the Cannes film fest and still leave ladies and men in a lather about it. Full disclosure: After Drive hit the cinemas, I fell so deeply in love with Gosling’s Scorpion-design silk Korean jacket that I located the talented costumer who designed it — with his help. There were 13 made for the film under her supervision. I own the 14th.

1. David Bowie: The question with Bowie is, when was he not killing it? Mod. Long-haired folkie. Ziggy Stardust. Aladdin Sane. The Thin White Duke and beyond to his Second Coming with “Let’s Dance” and his years fronting Tin Machine. Bowie didn’t so much push boundaries as obliterate them. How? By ignoring that they existed in the first place. 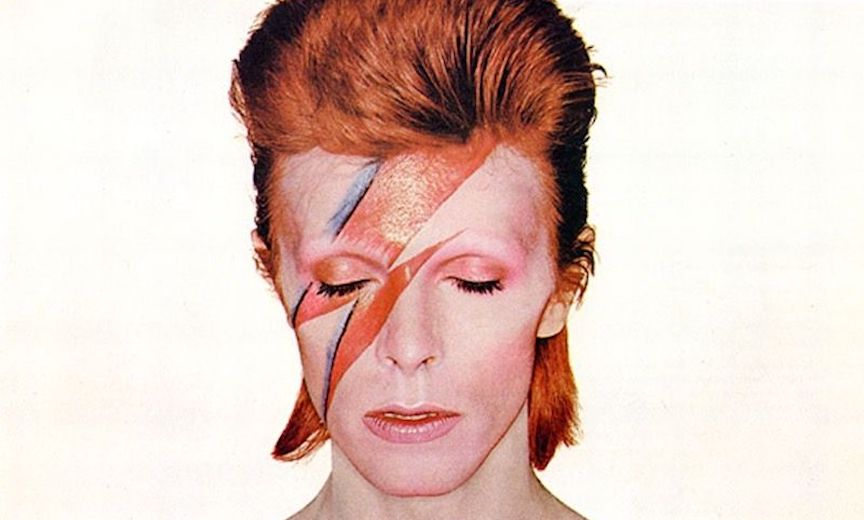 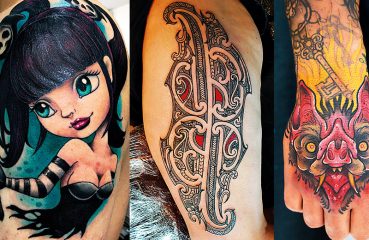 Once considered the purview of sailors and criminals, tattoos have increasingly become nearly ubiquitous in Western Culture. (There’s even a reality competition show about it... 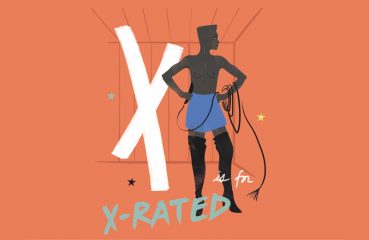 Did She Invent “Fierce?” See “Grace Jones A-Z: The Life of an Icon”

By Steve Wide with Illustrations by Babeth Lafon; Smith Street Books; $29.99 A is for Androgyny. B is for banned. C is for cowl. D is for disco. When you’re as fierce an...