This Is How Being Obsessed With Celebrities Ruins All The Fun 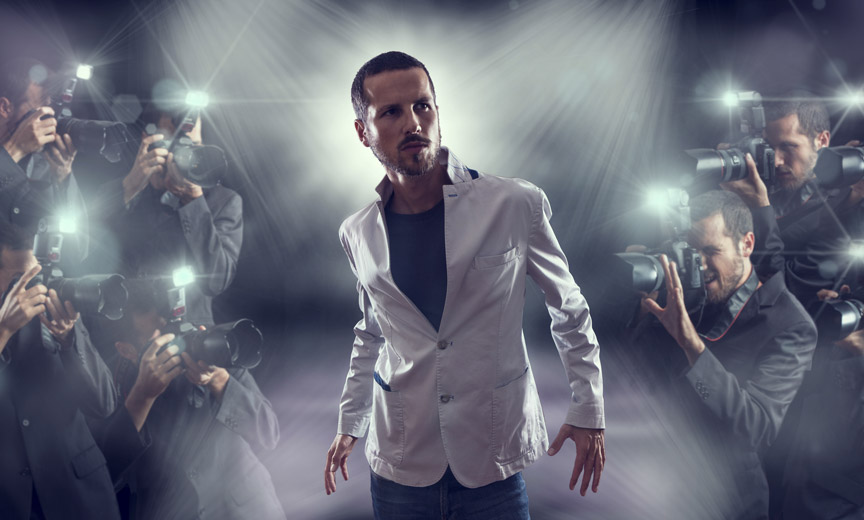 Wade remembers a childhood spent worshipping celebrities from afar, and wonders whether being closer to today’s celebrities is really a good thing.

My first celebrity triumph was Evel Knievel. My brother, a country boy who loved to ride motorcycles, was obsessed with the legendary daredevil. So one day, when he was about to wallop me for eating the last of the Count Chocula, I blurted out, “I can get you Evel Knievel’s autograph!”

I’m not sure why I said it. At the time, tracking down a celebrity (without Google or Twitter) was akin to locating Jimmy Hoffa. But somehow I managed to find a contact name and address. Next, I wrote Evel a fan letter – from my brother – and mailed it. However, I felt as confident it would reach the target as if I’d tossed a message in a bottle into the surf.

Miraculously, weeks later, my dad handed me a puffy envelope containing an autographed photo of Knievel sitting atop his motorcycle in a white leather jumpsuit emblazoned with “God Bless America” and red, white and blue stars. My brother beamed.


Getting Closer to the Stars

For my next trick, I turned to my own celebrity obsession: the heartthrob Shaun Cassidy. In short order, I’d gotten him to mail me a signed photo as well.

I accumulated quite a collection of these autographs over the years. Growing up in rural America, they were my only connection to a more glamorous universe — far, far away. At the time, there was far less to stain the image of these celebrities. They seemed as perfect and untouchable as the heirloom china my mom kept on the top shelf of our dining room cabinet.

From there, my fascination with celebrity continued to evolve. I went from the innocence of American Bandstand to the slick videos of MTV, from the goofiness of Battle of the Network Stars to the newsiness of Entertainment Tonight. Along the way, these creatures I’d once seen as untouchable became infinitely more accessible. Stars were soon daily visitors to our homes via our televisions; their thoughts, feelings and photo albums were a mere click away.

When I ended up working for People magazine, I could learn more about stars than I ever could have dreamed. I’ve written about their engagements, divorces, babies and addictions. I know what they eat for breakfast, how rigorously they work out and whether they suffer from gallstones. For most, I could tell you more about their every move than their next movies.

Eventually, I was writing about Jennifer Garner and Halle Berry’s fight to protect their children from paparazzi harassment. It made me admire them – both as mothers and celebrities. It also made me wrestle with whether I was contributing to their problem.

I’d like to think I’m just doing my job. I’m a writer, trying to contribute to our ongoing cultural conversation, and (for good or ill) celebrity has become a part of that daily dialogue. I remind myself that, though I can’t go back to a time when celebrities were out of our reach, I can be respectful with how I handle them.

Going Back to the Wisdom of Grandma

Recently, I’ve been thinking back to certain conversations I had with my grandmother as I completed my first novel (which was inspired by her). She had helped fuel my love of words over the course of many summers at our family’s log cabin, where we’d read countless books because there was no TV.

But whenever we’d head back to civilization to run errands and pick up supplies, we would stop at Grandma’s house, where she would invariably switch on the TV to watch As the World Turns.

“Why do you watch this?” I once asked.

On a commercial break, she turned to me, teary-eyed, and answered: “Because they made it.”

She didn’t want the glamorous lives of those stars, she said. But she was aware what it took for them to make it: “Sacrifice. Hard work. Dreams,” she explained. “Always remember that in your life.” I wonder if being a celebrity today now comes with too high a price. I’m sure much of what TMZ reveals about stars would make my grandmother cringe.

I don’t know what happened to that autographed photo of Shaun Cassidy, but his flawless image is forever burned in my brain. When I remember it, I can’t help but wonder what I might have written about him if he were a rising star today. And I wonder whether it would make my grandmother proud.

Read more of Wade’s essays about gay life, same-sex love and figuring out family. Check out his triumphant moment in a famous museum or how he and Gary went from fearing to loving Game of Thrones. Learn more about Wade online at waderouse.com.

Want to know when Metrosource publishes more stories of life through LGBTQ lens? Sign up for MetroEspresso. 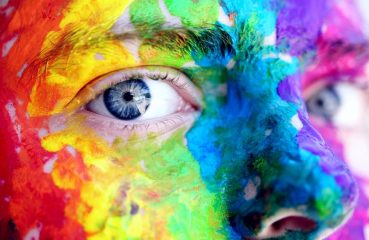 Guam was the first U.S. territory to pass marriage equality legislation. Yet, despite that seeming progress, many in America’s most distant territory in the Western Pacific...