These Are 11 Reasons Milo Yiannopoulos Is Embarrassing 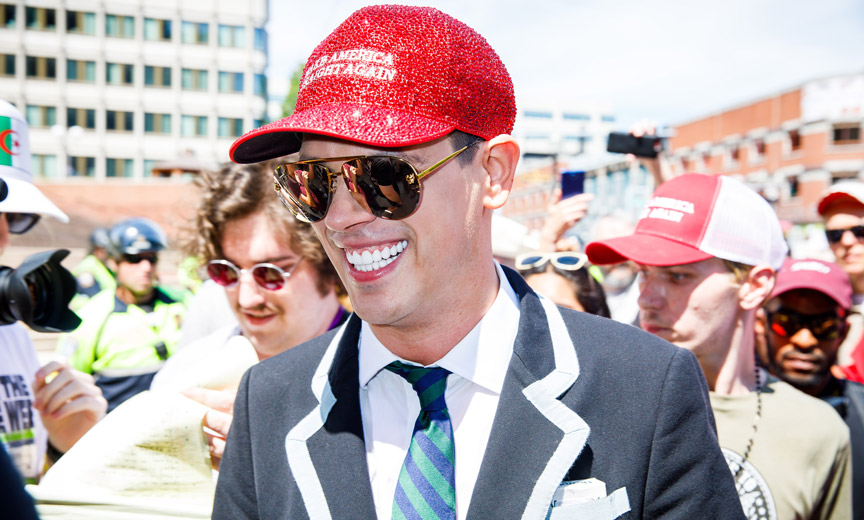 Conservative clown Milo Yiannopoulos recently let the world know that he’s broke. Apparently certain media platforms banning his special brand of hate means he can’t milk his alt-right audience for cash as efficiently as he once did. But what specifically has Yiannopoulos done to earn such ire? We gathered 11 of the most embarrassing things, so you can discuss what bothers you about him – other than “everything”.

The would-be far-right gay icon has referred to the president as “Daddy.” I’m not sure what kind of “Daddy” Yiannopoulos is seeking that the Donald should fit the bill. Perhaps he means a sugar daddy, who doles out gifts in the form of tax breaks for the wealthy?

First of all I have nothing against those who identify as Furries or are fans of the Furry community. I do, however, have something against Yiannopoulos choosing to model his furry persona after an endangered species.

Here’s why: Yiannopoulos gave credence to the idea that global warming is a hoax by promoting sham studies claiming the current climate crisis is a natural progression. Yet climate change is a danger to the snow leopards because it’s, you know, melting their snow. There’s a certain cruel irony in the fact that his ideas are helping further destroy the habitats of his FurSona’s inspiration.

Then again, there’s also a certain satisfaction in knowing Yiannopoulos was recently denied entry to a Furry convention in Chicago. “The board of Midwest Furry Fandom, consistent with our posted code of conduct, has rescinded Mr. Yiannopoulos’s registration,” the convention stated. “He is not welcome to attend this or any future Midwest FurFest event.”

Milo Was the Marshal of a “Straight Pride” Parade

On August 31 of 2019, Yiannopoulos – a gay man – led a group of people celebrating a right that has never been denied them. What’s more, he did so while sporting a look recalling young JFK, Jr. upon the solemn occasion of his father’s funeral: shorts with a tie and blazer. (Milo also sported a pair of red loafers – perhaps hoping to click them three times to escape in case of trouble.)

The group behind the event, Super Happy Fun America, seemed anxious to draw a crowd with their oxymoronic headliner. They even invited Yiannopoulos to give a speech. If the site of white, suburban, conservatives holding signs saying “Make Normalcy Normal Again” wasn’t enough to make you cringe, perhaps Milo’s words will be. They included a reference to straight people being “the most brutally oppressed minority in the western world.”

Milo Says He Is “Embarrassed” By Homosexuals

“My fellow homosexuals have been embarrassing me for decades,” Milo has said. But perhaps we are the ones who should be embarrassed by him. Consider his absurd behavior from the event discussed above:

First of all, Yiannopoulos wrote a book with the title Dangerous. However, this piece called the book more boring than dangerous.

He also launched a travesty called “The Dangerous Faggot Tour.” Yes, some gay men have found power in ‘reclaiming’ that particular f-word. However, Yiannopoulos’ use of it hardly seems to have the same vibe as – for example – Larry Kramer’s controversial 1978 book Faggots.

Yiannopoulos has also appeared with Martin Shkreli, AKA “pharma bro.” Shkreli wanted to raise the cost of an AIDS and cancer drug known as Daraprim by as much as 5,000 percent. Now, that’s what I’d call dangerous.

Milo Has Been Hostile to Women and People of Color

Yiannopoulos has called feminism a “cancer”. Twitter also booted him after he attacked comedian Leslie Jones on the platform.

Despite being banned from “lame-stream” social media platforms like Twitter and Facebook, the alt-righties of the world still have a place to turn. It’s a conservative version of Twitter called Telegram. Yiannopoulos describes himself as the “Pop Star of Hate” on the platform.

Strangely, he does not even seem particularly kind to conservatives there. “The base in America SUCKS,” he raged. “Frankly they deserve to lose their country and if by some miracle we manage to save it, it’ll be no thanks whatsoever to voters, readers, subscribers and ENTIRELY thanks to the few brave souls battling on the front lines, beyond all reason and hope.”

Despite his outsize interest in the politics of the United States, Milo is a resident alien. So, he can’t even vote for his “Daddy” Trump in federal elections. Please note, I fully support welcoming more people to benefit from the rights and privileges of being part of the United States. It’s just a lot less appealing when it’s a hateful fascist bent of changing our democracy for the worse.

Read Next | Trump Will Sacrifice Transgender Lives for Political Gain

Milo Fights Same-Sex Marriage – Despite Being in One

Yiannopoulos married his male partner in 2017. He then went to Australia to tell Australians to “Vote No” on marriage equality in their country. He also debated against gay marriage in Britain with Boy George, which you can watch here:

Hello, hypocrisy? I have Milo calling for you on line one!

Milo Has Made Light of Sexual Abuse

Not only did he suggest sexual relationships between adults and underage people were consensual. His comments were considered too extreme for the often very extreme Conservative Political Action Conference (CPAC). Yiannopoulos was removed from their roster of speakers after the comments came to light. I guess even they have their limits.

Yes, Yiannopoulos has even tossed his sparky MAGA hat into that ring. He also went on in the same interview to refer to Trump as the ideal candidate for the LGBTQ community and to reaffirm the statements which got him thrown out of CPAC.

I hope I have not embarrassed you, my LGBTQ family, by going into the bowels of the Internet to research this traitor to our community. On a happier note, at least I can also report that Yiannopoulos was also booed out of a bar by a crowd calling him a Nazi. 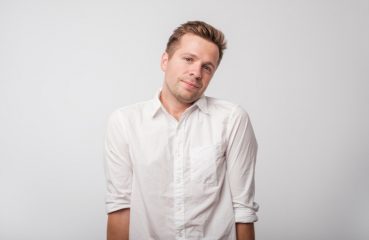 Ask Daddy: Does This Attraction Make Me a Bottom? 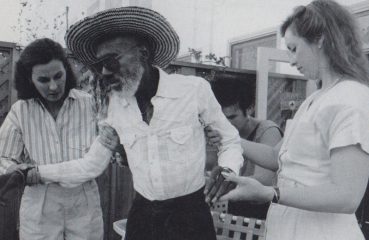 This is How Straight Women Became Heroes of the AIDS Crisis

In her new book, Victoria Noe chronicles the stories of people whose contributions to addressing the AIDS epidemic have often gone unheralded: straight women.  They are the...