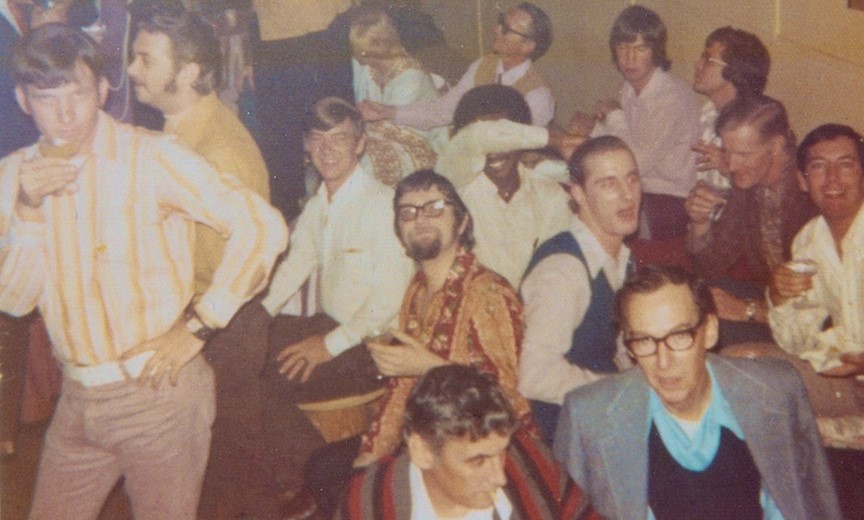 In 1973, a New Orleans gay bar called Up Stairs was set ablaze by an arsonist, and the resulting fire killed 32 people. Decades before the PULSE nightclub massacre took 49 victims, it was at the time the biggest collective loss of life in the gay community. And to this day, no one knows for certain who was responsible.

But there is now a documentary that attempts to shed light on the murders called Upstairs Inferno. It’s currently airing on Here TV. While it’s not an easy thing to watch, it is an indelible part of LGBTQ history.

What We Do Know

The attack took place at the Upstairs Lounge on June 24, 1973. The bar was situated on the second floor of a three-story building on Chartres Street in New Orleans’ famed French Quarter district. The bar was a haven for gay and gay-friendly neighborhood folk, and filled with people that night — the last Sunday of Pride week that year.

A beer bust was in progress, and members of the MCC (Metropolitan Community Church) were present as well. The venue had become a popular post-service stopover for them, since the church actually held its first services there until the congregants could raise enough money for a place of their own.

And What They Didn’t

What no one knew is that the owners had inadvertently created a firetrap. Wallpaper, curtains, padding and carpet were all in place and all it would ever take was a match to turn their stairwell into a flu, and the bar inside into a furnace. As it becomes clear in Upstairs Inferno, that’s precisely what happened — accelerated by only one small can of lighter fluid later discovered at the scene. What made matters worse: security bars were placed over the windows to keep people from falling out.


At the moment the fire began, so did a buzzer installed from downstairs that was used by taxis to let patrons know they’d arrived. But the buzzer kept ringing until a patron opened the door to witness the stairs engulfed in flames and rushing past him. Several escaped immediately from exits that were not immediately apparent to the casual eye. Those remaining flew into a blind panic. A minister’s charred corpse protruding from the security bars remains the fire’s most ghastly image.

Response was a melee. Firetrucks found themselves blocked by cars, pedestrians and onlookers. One firetruck attempted to use the sidewalk to bypass them and hit a taxi.

Once it was all over, 28 people had died at the scene of the 16-minute blaze. Another victim died en route to the hospital and another 18 suffered injuries. One of those later died.

No one was ever charged. But the documentary theorizes that a local hustler who’d been thrown out of the bar earlier for fighting with a customer was responsible. He later committed suicide.

Did he intend to cause the carnage he did? Was he even responsible? Was he mentally unwell? They’re all unanswerable questions, but Upstairs Inferno grapples with them all. No motive ever seems to justify mass murder. And yet, there’s always someone willing to do that grisly work — and it’s not always the person with the gas can in his hands. 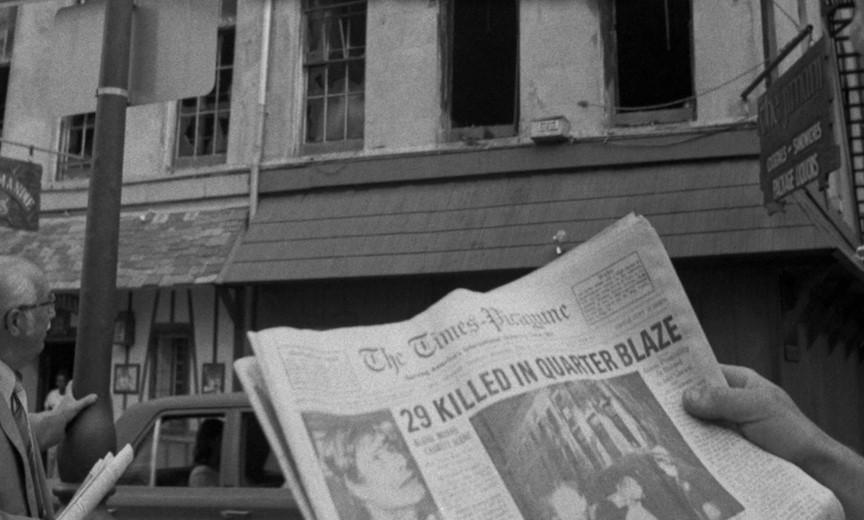 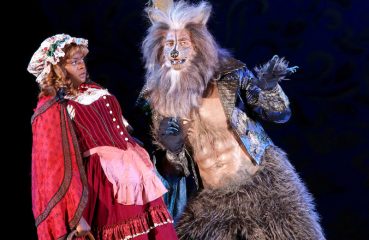 I’ve seen Into the Woods enough times to be a little wary of giving it another go. This particular Sondheim work reminds me of a soufflé: Done right, it’s an exquisite... 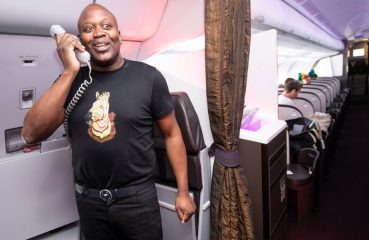 What was it like to fly from Britain to the USA with Courtney Act, Tituss Burgess and a plane full of fabulous LGBTQ celebrities? Pride Flying Adored Recently, Virgin Atlantic...