“Lepore:” Scenemaker Amanda Lepore Takes Her Music Back to the Future 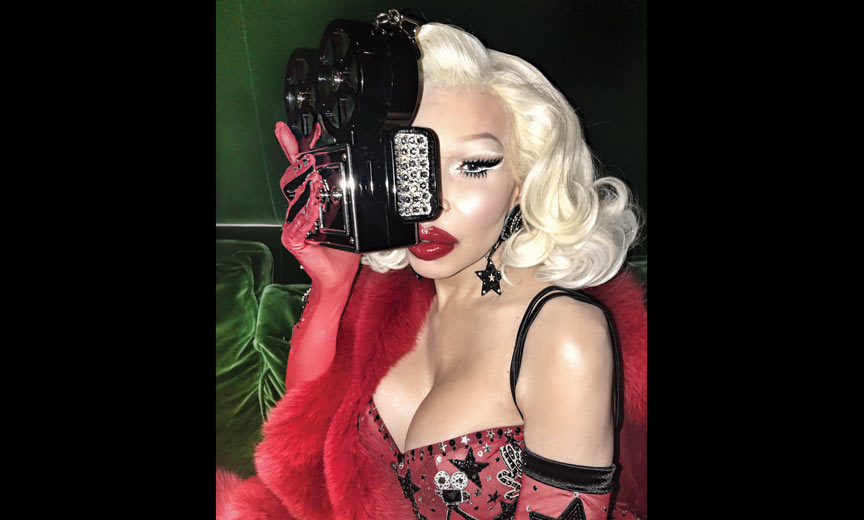 The unmistakable trans nightlife personality returns with a new EP of sexy, flirty tunes inspired by her travels around the world. Lepore plays with burlesque and retro-pop sensibilities on tracks such as “Buckle Up” and “My Panties” (which features her longtime collaborator, noted gay hip hopper, Cazwell). However, the EP’s magnetic centerpiece is a cover of David Bowie’s classic single, “The Jean Genie.” The song has long been a favorite of Lepore’s, and she decided to record it as a tribute to the artist after his death two years ago. Lepore’s producer Knifekick had this to say about the creation of the album: “We concentrated on figuring out the perfect equation that paired a sweet hook with a bouncy groove, to really showcase Amanda’s devilish side.” Lepore plans to perform these tracks all over the globe. For dates, visit AmandaLepore.net.