John O’Hurley Is the Genuine Article at Café Carlyle 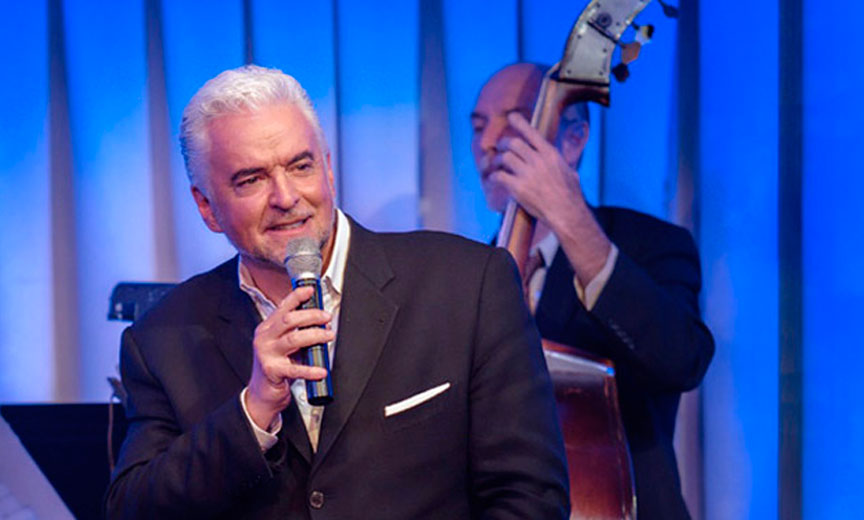 I took in a show that has me wondering whether imitation is in fact the most sincere form of flattery.

Certain performers present such a unique combination of voice, affect and style that they seem custom-made to be impersonated: think Carol Channing, Britney Spears, Cher. The flip side of this equation is that it can occasionally be easy to confuse the genuine article for an imitation, and when one first sees John O’Hurley take the stage at the Café Carlyle, you’d be forgiven for wondering – if only for a moment – whether it’s a performer doing an excellent impression of John O’Hurley.

O’Hurley – whose mellifluous speaking voice and regal bearing has led him to television stardom on shows from soap operas to Seinfeld – brings his signature style to the stage in his show, “A Man with Standards.” In addition to this being a fun pun for an evening built around selections from the American Songbook, “standards” also becomes an organizing principle for proceedings: stories about personal standards he learned from his parents, from his heroes, from his work.

For many performers who take a turn at the Café Carlyle, the evening feels built around the music, which just happens to be strung together with bits of light chat meant to sound off the cuff. But O’Hurley seems aware that his audience has shown up to hear him speak just as much as (if not more than) to hear him sing. And he’s lined up quite a collection of stories to tell between numbers. For example, recollections of the days when Mom had her “hair done” for the week and Dad took her out to “dinner and dancing” lead to a tender performance of “Moon River” — his mother’s favorite melody. In one particularly crackerjack story, O’Hurley recalls being invited to a celebrity golf outing hosted by his idol Frank Sinatra. Afterwards, the celebrities were invited to a private party where — it was made clear — that it was their turn to entertain Ol’ Blue Eyes. Don Rickles cracked jokes. Robert Goulet sang ballads to beat the band. Unsure of what to do, O’Hurley impetuously decided to sing a Sinatra classic – to Sinatra. In “A Man with Standards,” not only does the audience get to hear the tune O’Hurley chose to croon, but they are also treated to his hilarious recollection of Sinatra’s priceless reaction.

Seinfeld fans also won’t be disappointed. O’Hurley breaks out his memorably globetrotting character J. Peterman to great effect — even performing a monologue that never aired due to time constraints. And the performer hits his best vocal heights of the evening with selections from another NYC phenomenon with which he’s become synonymous — Chicago — proudly announcing that he’s played Billy Flynn in over 1500 performances of the musical, which has been celebrating the 20th Anniversary of its revival on the Great White Way.

At one point in the performance, O’Hurley defines a celebrity as “someone who gets to do things they have no business doing.” And if you only know O’Hurley as an actor or even from his triumphant run on the first season of Dancing with the Stars, you might wonder what business he has performing an intimate evening of cabaret. But if you think of his image — the velvety voice, the wry humor, the Rat Pack cool — and ask yourself whether such a person belongs behind the microphone at one of NYC’s most storied venues, the answer is most definitely: yes.

John O’Hurley is performing at the Café Carlyle now through April 8 — Tuesday to Friday at 8:45pm and Saturdays at 8:45pm and 10:45pm. Gentlemen are kindly asked to wear a jacket, but, truly, if you’re seeing John O’Hurley, would you want to show up in anything less? For tickets visit rosewoodhotels.com 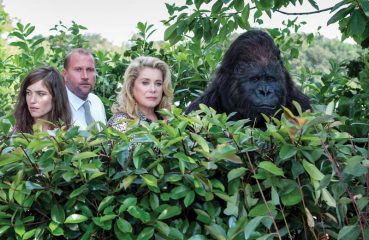 If you’re looking for high-concept cinema, you’ve come to the right place: in Brand New Testament, God exists. He lives in Belgium. He hangs out in his bathrobe all day... 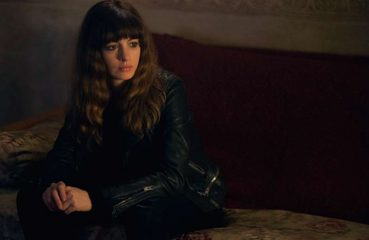 There Are No Small Parts, No Small Actors in “Colossal”

Some indie films rely on big ideas, and the one behind this film is as big as its title might suggest. Colossal is the story of a writer, played by Anne Hathaway, who can’t stop...