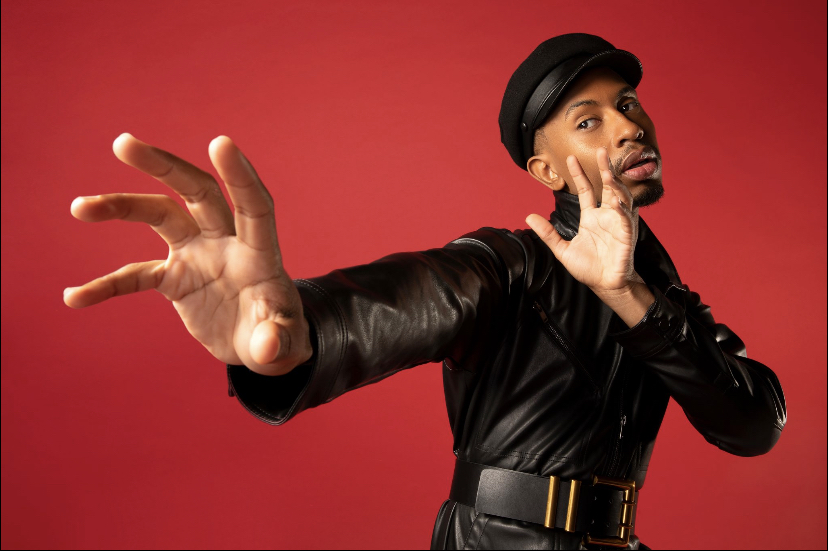 Like Dorothy before him, Kalen Allen from Kansas City literally woke up one day to a different world.  Who knew that cornbread could be so powerful? A YouTuber best known for his “Kalen Reacts” videos, posted his first video reacting to a cornbread recipe (as an inside joke with friends), and his dry humor and seemingly casual one-liners have earned him a place in social media history.  With over 6oo million views of his videos (including a home on Ellen DeGeneres’ digital hub), he has gone from food recipes to rubbing elbows with A-list celebrities, becoming a household name, and now appearing as a lead, opposite Seth Rogen, in HBO’s Max film “An American Pickle”. 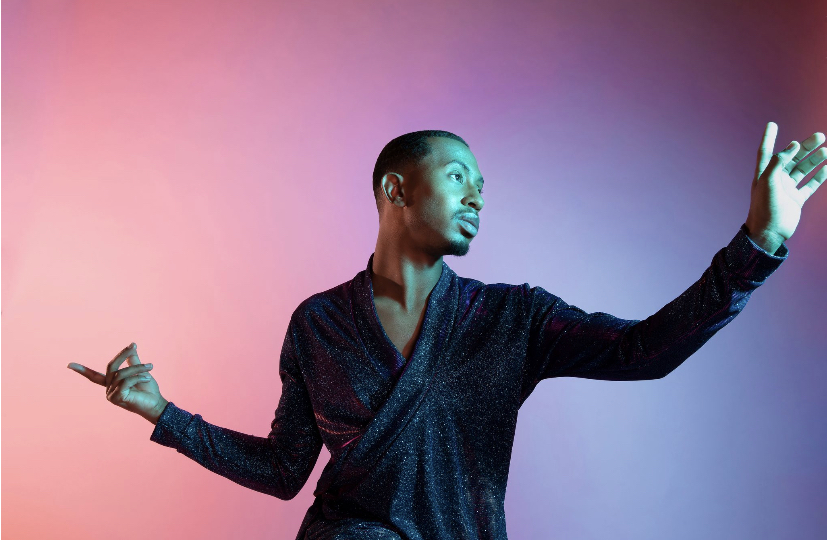 Even with his quick success, he still maintains that “aw shucks” attitude, childlike charm, and sly grin.  You knew as a kid that you wanted to be an actor, and, without a doubt, you must have been a troublemaker as a kid?

I was a very rebellious child. I didn’t get in trouble much, but if I could find loopholes, I definitely jumped through them. I also was fully against peer pressure! If everyone was doing something, I did the exact opposite. To fit in was boring to me. I always wanted to be my own individual person and never wanted to just blend in.

After his first appearance on Ellen everything started to fall into place. Kalen tells us, “I felt like Cinderella getting a fairy godmother. I was ready to go. I remember it feeling like my dreams finally coming true.”  Kalen has grown his brand past food videos and has become amazingly comfortable on the red carpet, conducting interviews at the Billboards Awards, New York Fashion Week, the Met Gala, and even the Royal Wedding.  Again, all from cornbread?

The gentrified cornbread video was the first one. I’ve learned that I can do and be so much more. Those videos were a gateway and a steppingstone to my true dreams and aspirations. The very next day, after I posted the first one. My app kept crashing. After I made three more and those all went viral too, I knew it was a thing. If it’s not broke don’t fix it!

Why are your videos so popular?

Because they are real and genuine. It isn’t a performance. I’m saying exactly what everyone is thinking at the same time. My intentions are also pure. I’m not trying to be someone I’m not.

Though he is a member of the LGBT community, his sexuality is not the focus of his videos and his fan base skews more mainstream.  Much like Ellen, whom he calls Mama E, his sexuality is part of who he is but is more of a matter of fact, rather than his videos’ purpose.  He has used his growing voice to gently incorporate more from his gay life.  His OMKalen Pride video on Ellen’s network last year gave him a fun way to introduce facts on Stonewall, the Pride flag, and LGBT legislation.

What was your coming out experience?

Well, I’ve come out many times. Each one was exhausting because I’ve always just been myself. So, it wasn’t like I started to act, talk, or walk differently. Did I lose people? Yes. But that was their choice, and no one is irreplaceable. Overall, I was accepted, but I think that’s because I didn’t give anyone any other choice. I couldn’t care less if they felt some type of way about me being gay. It’s not their life… it’s mine.

In today’s social and political climate, is there a change in the themes of Kalen’s videos?

I think I am going through a major creative shift in my life right now. With this pandemic and #BlackLivesMatter I’ve never felt more motivated to create content that not only entertains people but also empowers the world. We are entering a new era of Kalen.

Is this new era of Kalen created out pressure from the gay community?

It’s not a pressure, it’s a responsibility that I take very seriously. Not only for the LGBTQ+ community but for my Black community as well. If your queer content doesn’t include intersectionality or diversity…you can keep it! 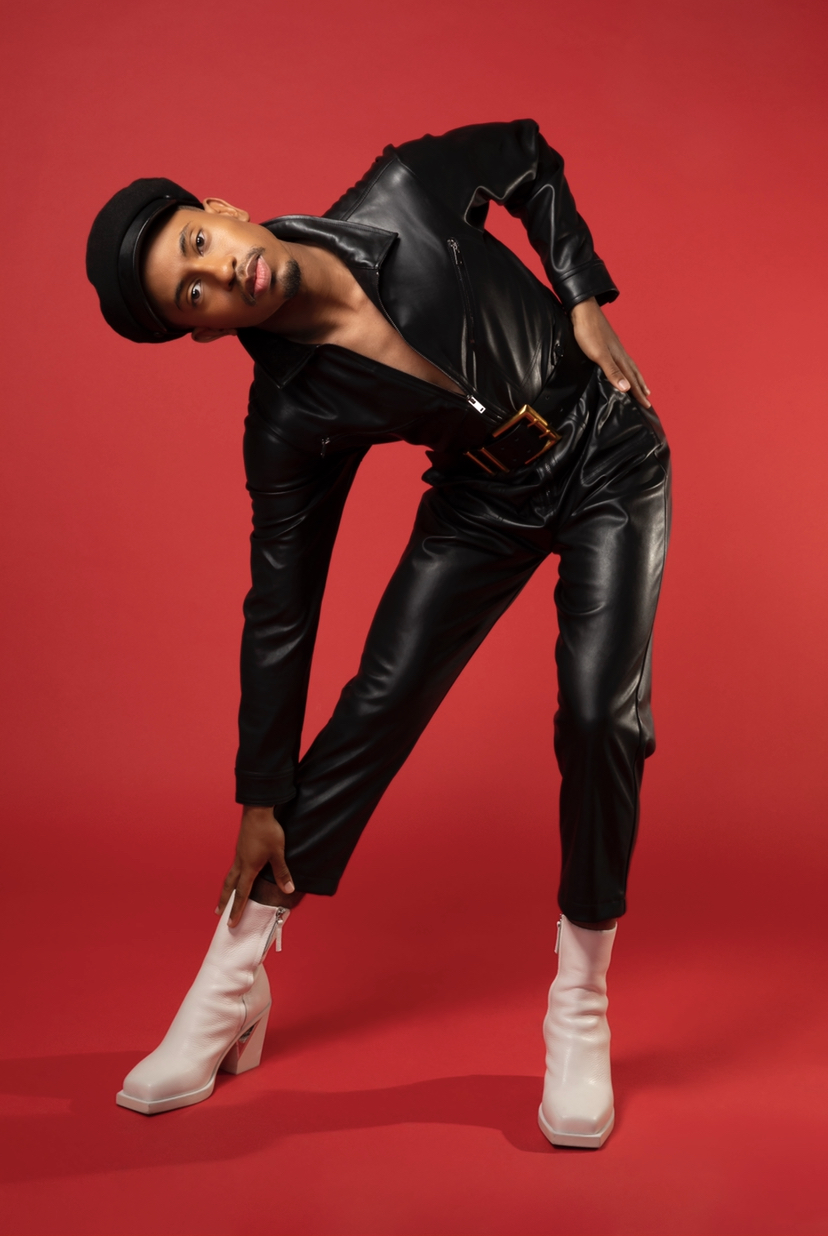 Your style of videos has been copied over and over. Is there too much content on the market?  What are current content creators doing right?  What are they doing wrong?

I honestly wouldn’t know. I don’t really get caught up in what other people are doing. The only person I can manage is myself. If what they are doing makes them happy, then that’s all that matters. Unless what makes them happy oppresses and minimizes others. I also have no time for social media haters. I don’t deal with them. Blocked.

Being a successful YouTuber can bring fame, but often at the cost of privacy.  Social media content creators are under tough scrutiny, especially in today’s climate.  Anything you say or do can mean the end of a career.  What are you learning about sharing too much?

I think sometimes I give people too much access to me. I’m still trying to find safe boundaries.  I’m not as fun as people think I am [laughs]. I can be, but I’d rather be at home. I’m like a happy medium between introvert and extrovert. There’s nothing I love more than canceled plans.

And what about dating?

I hate it. [Laughs] Dating gives me anxiety. I feel I have too much going on to be sitting around wondering if someone likes me as much as I like them. I need to know your intentions from the jump. That time I would spend wondering where are and who are you holding, could be spent working!

Kalen is continuing to saturate himself in the Hollywood lifestyle since moving to Los Angeles, and, like any Angeleno, had to hit that audition circuit.  Was stepping outside your comfort zone and auditioning for your big-screen debut in “An American Pickle” worthy of a reaction video?

I was terrible at first. [Laughs] I was so nervous. I was off book, but I kept messing up the lines. Luckily, they let me start over and then I was solid. I got the part the very next day! Nothing but God. [Laughs]

Working with a director, a script, and with cameras bigger than his iPhone, his Hollywood life had truly begun.  What was set life like?

Surprisingly, very normal. Like I didn’t really know what to expect but it just felt like going to work. It’s so much different from the stage. You get many chances to do it, so you don’t really have any time to be nervous because by the fifth take you’re just like let’s do it!  The fact that my first movie is alongside Seth Rogen… I mean, a dream! I hope that this only opens the doors for more movies and such.

What does the future hold for Kalen?  Can we anticipate more acting?

World domination. [Laughs] Just kidding. You can expect a growth full of purpose and intention. I want to change the world, how we think, and how we move through our daily lives. Hopefully, someday, I will get to film with Beyoncé.

A self-titled Beyoncé specialist, he named his hammock “Sasha”… so fierce! 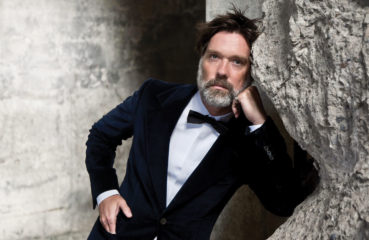 Rufus Wainwright – Unfollowing the Rules Since 1998

Rufus Wainwright has been un-following the rules since the openly gay multi-hyphenate released his first studio album in ’98, a genre-bending debut album which earned a slew of... 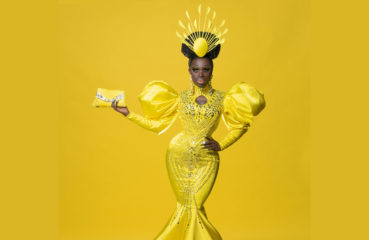 Bob the Drag Queen – An Education in Labels, Terms, and Ideas

I had wanted to spill the tea with Bob the Drag Queen about backstage shenanigans during RuPaul’s Drag Race, how heavy the winning crown is, how big his closet is, who the...