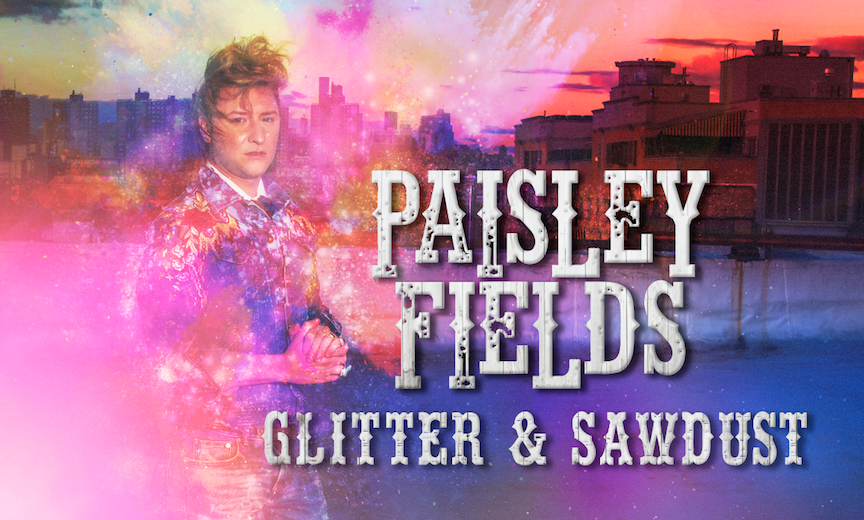 Country music has a long and not-so-proud reputation for being both racially biased and profoundly homophobic. Singer/songwriter James Wilson is looking to change that.

Wilson and his band, Paisley Fields, will soon release their first full-length album. Between gigs, Wilson stopped to talk about his attraction to country music — a genre that many LGBT listeners would have turned away from in disgust until recently.

Still, says Wilson, “there is a actually a long history of association between gay artists and country music, and the industry doesn’t really want to acknowledge that.”

Take for example a little-known group considered to be the founding fathers of gay country and western. While the Eagles were having their first chart successes bringing country rock to AM radio back in the early ’70s, frontman Patrick Haggerty was promoting his band’s self-titled debut album, “Lavender Country,” with it’s racy cornerstone track, “Crying These C%#ksucking Tears,’ and another, a twist on Gene Autry’s classic country tune “Back In the Saddle Again” called “Back in the Closet Again.”

Some believe that it’s a bit easier for audiences to accept women who come out in country (as kd lang did decades ago at the same time as the folksy Indigo Girls and the raspy rocker Melissa Etheridge), while artists like Ty Herndon waited until they’d established a career before making their orientation public. Billy Gilman, a country star who had his first hit before he was a teenager, came out the very same day as Herndon made his announcement, had this to say in a message posted to his fans: “It’s difficult for me to make this video,” he said, “not because I’m ashamed of being a gay male artist, or a gay artist, or a gay person. But it’s pretty silly to know that I’m ashamed of doing this knowing that…because I’m in a genre, in an industry that is ashamed of me for being me.”

Others, like Kevin Thornton of Indiana Queen, wonder if they made the right choice by coming out so soon in their careers. He talks in bittersweet terms about the bands that have vaulted from obscurity to stardom with reporters marveling at how they stuck it out “for five years,” when he and people like him have been doing exactly the same for three times as long.

Wilson however is relentlessly upbeat, keeping in mind that his only goal at the moment is to have people actually give his music a chance.

Having shared a stage with forebears like Haggerty and Lavender Country, Wilson says there’s something unique and universal to the music never fails to inspire. Maybe, he theorizes, it’s his midwestern Iowa upbringing or that the songs themselves are constructed as sturdily as a Shaker chair. They’re direct, simple and well-crafted stories often floridly and flawlessly embellished by some of the best players ever to take up their instruments.

While AutoTune, beats and vocal runs might dominate the airwaves on pop radio and in reality TV singing competitions, Wilson prefers the traditional approach typical in country where “the song is the boss, and you have to let the song tell you what to do with it. You’re always trying to get out of the way and act as a conduit for the song to reveal itself.”

The new album, Glitter and Sawdust, features six new Wilson originals, another trio written in collaboration and three cover tunes. After a career that began modestly with a pair of EPs and a few singles, Wilson is clearly delighted that for the first time ever, he’s had the chance to create a full-length immersive experience that takes listeners on a little journey.

“On this album, Glitter and Sawdust, the musicians all worked without a bit of ego,” he says with a smile. “Nobody said, “I need a solo here. They asked, does that work for the song? It wasn’t about anybody’s ego.”

Wilson’s goals are modest, but the Paisley Fields record is anything but shy. “I hope that people will listen, and if they give it a chance, I think with the current political climate we’re all desperate for shift and we have a need to come together as human beings. My wish for this record is that it brings some positivity beauty and hope into this spot where we are at the moment.”

So where do people who like this kind of music get to hear it played live? Well, he says there’s always the Queer Country Quarterly which happens in Brooklyn, and is organized by Karen Pittelman, who has a band of her own called Karen and the Sorrows.

“It’s a diverse and growing scene,” says Wilson. “And we’re doing everything we can to reach out to a country loving audience who has a problem with it being anti-gay. We’re creating a safe space to go and enjoy country music without being offended, or even worse, having violence perpetrated against them.”

For the most part, Wilson says that like much of America, the weight of history tilts toward justice. New converts arrive every day — while at the same time the current administration has given emboldened xenophobes, homophobes and racists.

“Oh, those incidences are very rare,” Wilson shrugs. ?Most people are welcoming and gracious, but there was one incident in South Carolina where someone refused to let us play because, to hear her tell it, she didn’t know that we were were a queer band. They canceled the show on us, and that was difficult. Of course, sometimes people walk out and you never know why, and we have had people online say things and one guy who was kind of stalker-y, but they usually go away if you don’t give them the attention they want.”

As the webpage for Gay Old Opry (the site that tracks aspiring gay country artists), “Sometimes you love a culture that doesn’t love you back.” But straight people don’t own country, and Wilson is intent on proving it.

Next month, he and a fiddle player will make their case in an acoustic set at the midtown Boxers. “We’ll be right there in Hell’s Kitchen, and I want people to know: if you think you don’t like country music, you haven’t found the right country music.” 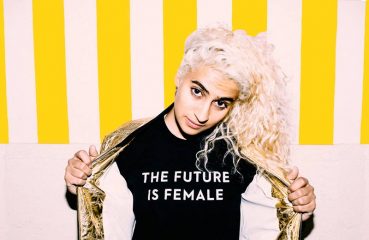 Will Outspoken Madame Gandhi Wow Audiences at the Dinah? Kiran Gandhi is better known by her stage name Madame Gandhi — and as an electronic music artist, singer, drummer and... 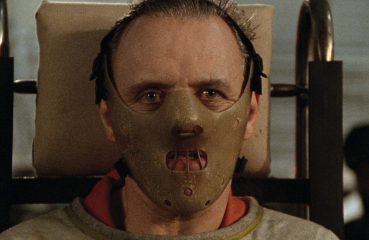 In Hindsight, is “The Silence of the Lambs” Homophobic?

A quarter century after its premiere, the Criterion Collection is releasing a special edition of The Silence of the Lambs. Starring lesbian legend Jodie Foster as FBI trainee...