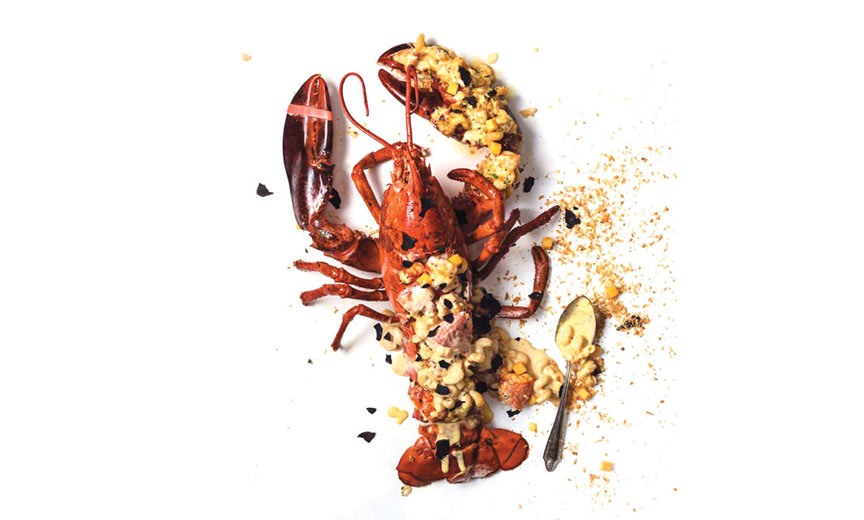 If you’re tired of run of the mill restaurants, check out one that’s redefining the expression “dinner and a show.”

Going out to dinner ought to be a spectacle.

Each moment presents the opportunity for theater — from pulling up to the valet stand to poring over the wine list with the sommelier. But where many restaurants miss chances to create theatrical moments is where BARTON G (861 N La Cienega Blvd. ; 310-388-1888; bartongtherestaurantla.com) has found its niche. The brainchild of Miami event planner and impresario Barton G. Weiss, his eponymous restaurant’s second outpost (the first is in Miami) is located on La Cienega’s restaurant row, and here dinner is the show.

“Every night we get to put on a show and make people happy,” explains Weiss.

This becomes apparent the first time you see a smoking cocktail fly by on a tray as you wait by the pink onyx bar in the front lounge. From there, make your way to one of the semi-private banquette tables (which can be separated by gauzy curtains) or to the more public booths in the main dining room’s center. Order yourself a Sabrinatini, the house signature cocktail, which is named after Weiss’s pet monkey, Sabrina. It features orange vodka, watermelon liqueur, and a nitrogen-frozen champagne swizzle stick suspended on the rim of a martini glass to add a little kick to your glass by dipping it into the drink. A chocolate monkey hangs from the lip of the glass — daring you to take another sip.

But every presentation here is delightfully over-the-top. Even the “Rake and Ho Garden” salad — a cornucopia of seasonal vegetables in a white truffle champagne vinaigrette — is served over quinoa “dirt” in a little wheelbarrow complete with a shovel and seed packets.

Don’t let their fanciful appearance fool you, though. Chef Jeff O’Neill takes food quality very seriously. “One of the biggest challenges is for the cuisine not to be overshadowed by the presentations,” explains O’Neill. “If we are respectful and selective with our ingredients, we are already halfway there.”

Among the specialties imported from the Miami outpost is the decadent “Lobster Pop Tart” starter. These pastries are made of flaky phyllo, chunks of Maine lobster and Pernod mornay sauce; side sauces of Tabasco hollandaise and tarragon aioli come in a vintage-inspired toaster. And the crispy “Laughing Bird” popcorn shrimp is actually served in a carnival-style popcorn machine with Sriracha aioli and sweet chile sesame dipping sauce.

The “Great American Steak” entree is a showstopper (the whole dining room turns to look as it’s delivered with a mammoth fork sticking up from the plate). It’s a 16-ounce bone-in filet mignon charbroiled with slow-braised oxtail and served with roasted bone marrow, truffled duck fat fries, baby carrots and asparagus, with a rich black pepper bordelaise sauce. Meanwhile, “Samurai Tuna” is served with a jauntily upright samurai sword and comes lightly seared in a rice-cracker crust with a side of spicy peanut soba noodles.

There are also several menu items created just for the LA restaurant. “Our ‘fun dining’ concept will never change, but the west coast has so much variety in terms of accessible local ingredients,” says Weiss. This includes the holiday-inspired “Mother Clucker” dish: a slow-roasted Jidori chicken for two, carved tableside and garnished with cranberry-giblet dressing, turkey figs and squash.

There was no way we were skipping dessert after we saw the signature “Let Them Eat Cake” — pink cotton candy, molded into a jaw-dropping pompadour and placed atop a bust of Marie Antoinette. Our other choice was the decadent “Chocolate Treasure,” an enormous 66% Valrhona double chocolate brownie served à la mode with Tahitian vanilla bean nitro ice cream in a mini treasure chest with graham cracker ‘sand’ and a shovel. No pirate map required.

How to Make Spaghetti without Spaghetti

Good health begins in the kitchen — often by finding healthier ways to satisfy our less healthy cravings. We all want food that excites our palates, and it really is possible to...

A new app aims to connect people with great LA home-cooking as easily as Uber can get them a ride....