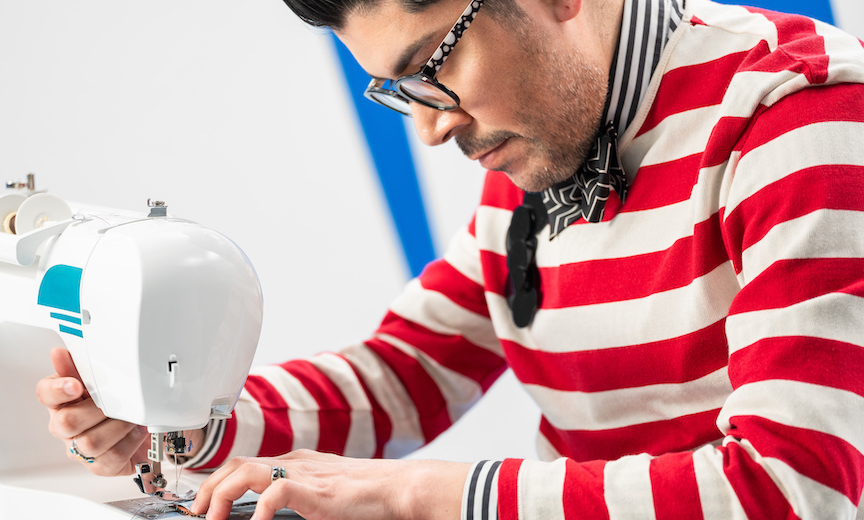 New York designer Mondo Guerra is back in the Project Runway limelight. As the host of Runway Remake, Guerra is on a new mission to make America creative again.

Consider Runway Remake a companion to the long-running design competition, now back on the Bravo network. Guerra’s spin-off runs nine episodes and airs on NBCUniversal’s state-of-the-art digital streaming service, Bluprint. In it, contestants from different walks of life create their own works inspired by the challenges of the week’s Project Runway episode.

Tonight’s episode is no exception.

At 40, the series marks Guerra’s third foray into the Runway world. He nearly won season eight, and then returned in 2012 to take top honors in the first season of Project Runway All Stars. Now he says he’s looking to pass the encouragement he received on to others.

“For me,” he says, “being in a competition makes you more vulnerable, which you have to be in order to create. But as a mentor, you’re actually trying to empower people to not be so hard on themselves. You want them to open up and not be afraid so they can grow and do their best work.”

Guerra’s show follows a cast of competitors who respond to each week’s Project Runway challenge through the lens of their own creativity. “For example,” he explains, “we had a baker create a collection of cakes based on one of the episodes. So it really highlights how there’s an abundance of talent out there and reinforces my belief that no idea is wrong. Inspiration is all around us, and it can come from anywhere.”

When execs approached him about a return, Guerra says he jumped at the opportunity for that reason alone. “Project Runway has been around a long time,” the designer reflects. “It has generated a lot of comments and a lot of blogs over the years. And in some ways, the hardest thing was reading those, because they represent such a one-sided view of what fashion is. I look at Runway Remake as a platform to endorse creativity, and that’s why I wanted to engage and be the host.”


Moreover, the show gives Guerra a chance to respond to one of the questions he’s been asked most: How do you do it? How do you manage to create what you do under all that pressure?

“And I tell people, I’m an artistic creative. But that shouldn’t intimidate anyone. You can be a banker or a crossing guard or a bus driver. We all create our lives on a daily basis — and that is absolutely creativity.”

Guerra says the show, which concludes its inaugural season May 30, has a very special installment tonight. Front and center is his own personal inspiration: His mother. “All I really want to say about it right now is that it was a very personal challenge for me, and I wanted to share it with someone who has been a true inspiration to me.”

While Project Runway has inspired a generation to take up design and execution, Bluprint is taking that idea step further. It’s encouraging the audience of Runway Remake to create things on their own. Unlike the pressure cooker of deadline challenges, viewers can take their time and create at their leisure.

“Right,” Guerra chimes in. “You can get a kit from Bluprint with different notions and things to work with, and you don’t really need any experience. It’s about opening yourself up and exploring something. And it’s a great way to challenge yourself on your own terms and time.”

As the world becomes evermore technologically complex, more and more hobbyists are looking for DIY pastimes. Music lovers are buying turntables and vinyl again. Guerra believes his show speaks to those who long to escape — if only for a while — from the suffocation of social media everywhere.

Referring to a recent study conducted by Bluprint, Guerra says, “the fact is that 77 per cent of people would rather give up their Netflix accounts to engage in a tactile activity and explore the joy of being creative. We’re so consumed with daily life, and especially with social media, and being accepted or not. Runway Remake is about breaking those boundaries. I want to help them understand that it doesn’t have to be scary and that there’s really a creative spark inside every one of us.” 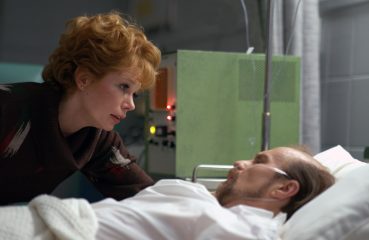 Bob went to the hospital and back to his childhood. Gwen smuggled girls to him (and got him his own damn room). And Chita got ready to serve “All that Jazz.” How did Twitter... 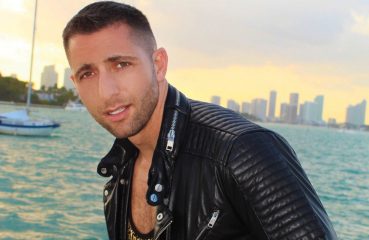 How does Jake Resnicow plan to produce what’s described as the biggest Pride music festival in history during NYC’s WorldPride? Resnicow’s WorldPride Main Event at New...