Sydney Summer: One Sure Way to Beat ‘the Seattle Freeze’

When he heads Down Under for a break from winter weather, Kevin also finds himself charmed by the sunny dispositions of his new Aussie pals.

At the end of 2008, my partner Ray and I were eager for a break from the gloomy Seattle winter, where from October to July it’s like living in a supermarket produce aisle. You’re constantly being spritzed. It’s nothing umbrella-worthy (tourists disagree), but you’re also never completely dry. The sun rises late in the morning, begins to set mid-afternoon, and even during the short hours of daylight, it’s often so densely overcast that the sky merely goes from pitch black to shades of gray and back again. Worse still, it’s home to a phenomenon that locals refer to as “the Seattle Freeze,” which describes how Seattleites can be polite, but not friendly.

I volunteered to seek out someplace sunny to escape. A few days later, I spotted a magazine emblazoned with a headline announcing “The Happiest Places on Earth.” Scanning it, I was immediately drawn to number seven: Australia! “Land of sunshine and sharks,” as the Monty Pythons liked to joke. I called the one fellow I knew on the continent — an amiable Aussie wine rep named Patrick — who reported that he and his mates were suffering through a summer heat wave. A great problem to have, I thought. We informed him we’d soon be headed his way.

The change began before we even arrived. Maybe it had to do with crossing the International Date Line — I tracked the sun as it crept across our plane cabin only to disappear and return a scant few hours later. Watching the in-flight programming switch from American to Australian was also illuminating. In the twinkling of an eye, the female TV anchors sprouted actual cleavage, leaving the impression that Aussies are a lot less Puritanical — at least when it comes to how they get their news.

Once we landed, we phoned Patrick, who declared that not having slept in 23 hours was a lame excuse not to meet him for a drink immediately. At his instruction, we met him at a “bank” — which turned out to be a “bar” because, apparently, bars are often called banks in Australia. I never learned what actual banks were called because, frankly, we spent a lot more time in bars than banks.

By the end of the evening, we’d been warmly welcomed by Patrick’s circle of friends. One declared it was time for pizza: his treat. At the restaurant, we went around the table introducing ourselves. When it was my turn, I launched into the same shopworn spiel I’d done for relatives and classrooms at home about covering celebrities. An unhappy hush fell over the table. I quickly changed the subject, and the high spirits resumed.

Patrick later explained my faux pas had everything to do with a social phenomenon in Australia called “tall poppy syndrome.” According to this mindset, it’s considered rude to act in a way that makes you appear more impressive than others, even unintentionally. Not only did I learn a valuable lesson in how to make nice-nice with my new Aussie mates, but it also proved an interesting personal challenge: to present myself as who I am, not what I do.

In the nights that followed, Patrick squired us to his favorite gay bars, including the spot where Priscilla, Queen of the Desert was filmed (where I met a lovely drag queen named Minnie Cooper). Mornings I spent people watching at a local cafe. I’ve never witnessed a more fit or better attired bunch than Sydneysiders. It’s as though the entire city prepares each day for a satellite photo shoot.

We were having a great time until we informed Patrick of our January 25 departure date. “You can’t leave, mates. The 26th is Australia Day, ” he said, explaining the holiday is equivalent to their Fourth of July. “You’ve got to come to the barbie I’m throwing!” For the first time ever, we changed our flights. Usually for us, a week away was too much. With Sydney, 10 days was still not enough.

A week later, I was back in the same Seattle gay bar I’d haunted for years — watching people chat quietly in their closed off little cliques. It dawned on me how strongly I attach to people, and how tough that can be in Seattle. I was a duct-tape person living in a Post-It city. It’s not their fault that I wasn’t one of them, but I knew I’d never fit in.

Australia taught me that in order to thrive, I needed to be someplace warmer — in every sense of the word.

Has traveling somewhere new ever made you think twice about home? share with us below.

Read more POV articles by Kevin Phinney:
What Happens When Self-Expression Turns Domineering?
The Greatest Love of All Is Not Easy to Achieve
Discovering Your Identity: The Trek from Straight Boyfriend to Gay Daddy
First on Your Travel List: Know When to Go Commando
Stand-Up Comic Bill Hicks Was Made for Stardom, and Then . . .
Kevin Phinney Finds A Meaning for Christmas All His Own
A Brief History of Exactly How Not to Lose Weight
What Happens When Self-Expression Turns Domineering? 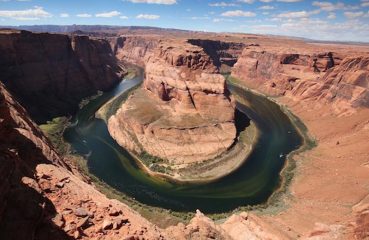 The last stop on our National Parks road trip is Page, Arizona, where we wanted to visit a few well-known attractions — Horseshoe Bend, Antelope Canyon and Lake Powell/the Glen... 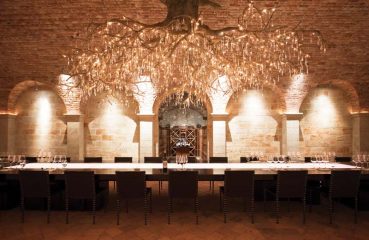 Some Wines Travel Well. Others are Worth Traveling for

We travel the globe in search of wineries worth visiting — where the art of winemaking extends well beyond anything you’ll find in a glass. The main reason to visit a winery...