Home » Departments » Entertainment » Books » The Writers Behind Metrosource Have Something to Say . . .

The Writers Behind Metrosource Have Something to Say . . .

We’re feeling especially proud of our contributors this Pride Season as two of them publish ingriguing new books.

By Matt Gurry and Paul Hagen 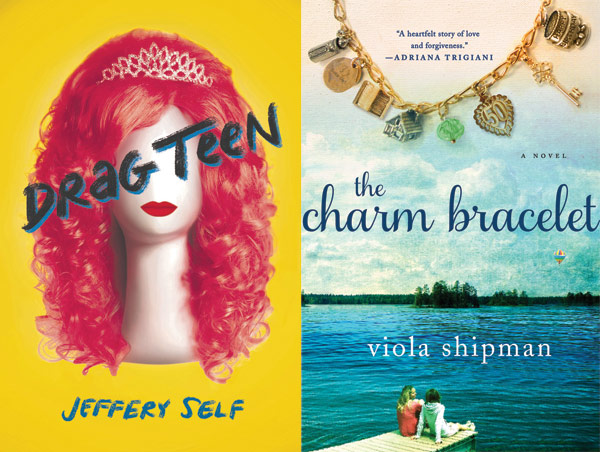 Jeffery Self makes his YA debut with Drag Teen (Scholastic; $18). The novel follows JT, an out teen in Florida who sees a dead-end life ahead of him until he enters a contest to become the next Miss Drag Teen. (Picture the opening pageant scene of To Wong Foo… but younger.) It’s written with Self’s signature mix of old-school comedy and Millennial savvy. Meanwhile, essayist Wade Rouse takes the pen name Viola Shipman — in honor of his grandmother — for his first novel The Charm Bracelet (St. Martin’s Press; $26). Like his nom de plume, the story celebrates love and life lessons passing from generation to generation. Free-spirited Grandma Lolly uses her bracelet’s charms as keys to unlock a century of family history to share with her harried daughter Arden and conflicted granddaughter Lauren in their lakeside home, where memories are stirred by the call of a loon, and new romance can show up suddenly in the arms of a burly male nurse. For more with Jeffery Self, click here.