Trump’s Trans Ban Marches On, Thanks to SCOTUS 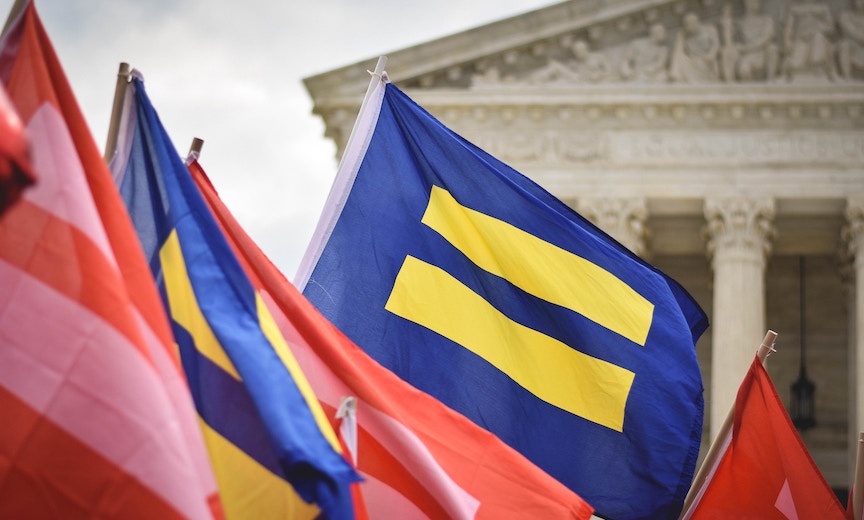 By a 5–4 vote earlier today, the Supreme Court lifted two injunctions that previously blocked Donald Trump’s ban on transgenders serving openly in the military. The decision places transgender plaintiffs in greater legal jeopardy than ever in challenging the administration’s policy, and hints that the court’s now-solid conservative majority may soon declare the ban constitutional.

Just the same, the ruling does not permit the Pentagon to begin enforcing any new rules. For the moment, the fate of trans servicemen and women hangs by a precarious thread as another nationwide injunction remains in place, although it now appears destined to fall as well.


The decision is of course a direct result of several maneuvers the GOP has been able to execute. The first was Senate majority leader Mitch McConnell’s victory in keeping President Obama’s nominee to replace Antonin Scalia, Merrick Garland, from obtaining confirmation. McConnell contested that the country should wait until after the election so the American people’s voice could be heard.

Of course, when Anthony Kennedy stepped down last year and Brett Kavanaugh’s confirmation hearings took place less than 90 days before the midterms, that argument suddenly was nowhere to be heard.

The rollback in transgender protections means that men and women in the Armed Services who are part of that community enjoyed a very brief moment of inclusivity. The Obama administration began to allow open transgender military service members only in June 2016 — after the Pentagon reached the conclusion that allowing them to serve would not adversely affect branches of the military.

In July 2017, the current Oval Office occupant attempted create policy via a single tweet, stating his desire to ban all trans people from the armed forces. He soon directed then–Secretary of Defense James Mattis to craft a plan to implement the ban, but within months four federal courts halted the policy, calling it unwarranted, arbitrary and a denial of equal protection.

But the administration pressed on. In March of last year, the White House released its own plan to put the ban in effect. With the assistance of anti-LGBTQ pressure groups, the new plan sought to sidestep constitutional protections by grandfathering in trans troops who were already serving in the open. Shrewdly, the new directive did not target transgender people by name, but instead excluded those dealing with gender dysphoria.

Once that plan went before the courts, they were swiftly rebuked and seen as a distinction without a difference from what had come before from the Trump camp. Colleen Kollar-Kotelly, a U.S. District Judge, opined that the revisions of the so-called Mattis policy were mere wordplay, because the directive still effectively implements a ban on transgender service folk by “targeting proxies of transgender status … and by requiring all service members to serve ‘in their biological sex.’ ”

The Anatomy of Persecution

Because transgender persons by definition do not identify or live aligned with the sex they were assigned at birth, the policy remains a trans ban, she concluded. Just the same, the US Court of Appeals for the District of Columbia Circuit accepted the administration’s line and lifted Kollar-Kotelly’s injunction against the ban.

Today, the Supreme Court lifted two more injunctions, both originating at the 9th US Circuit Court of Appeals. The court did not provide an explanation of its decision, but voted along ideological lines, with all four dissenting votes entered by the court’s shrinking liberal wing.

One last nationwide injunction remains — put in place by Maryland US District Judge Marvin J. Garbis. Administration officials could contend that his ruling only applies to the initial ban, not the policy as revised by Mattis. But the Garbis injunction does provide some cover, and legal experts believe it forbids discrimination against transgender troops by the Pentagon, whether that refers to the initial Trump memo or the Mattis policy directive. Since the point of the Mattis policy was simply to implement the original memo, his injunction stands. For now.

Did you miss this article: Starbucks Will Offer Transgender Employees Comprehensive Care during Reassignment

Wed in the World: An Overview of Global Marriage Equality News

For the latest overview of global marriage equality news, we look at recent happenings in Australia, England, Mexico and more. Alberta Ricardo Miranda made headlines when he... 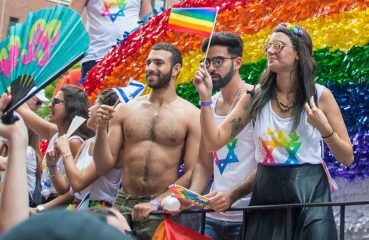 Israel is Giving Zachary Wluka a Ride at WorldPride in 2019!

Congratulations to Zachary Wluka and their guest who will ride on Israel’s float at WorldPride 2019 in NYC! If you haven’t heard, NYC was selected to host WorldPride...