What Kind of Daddy Does Gay Comedian Sam Morrison Want? 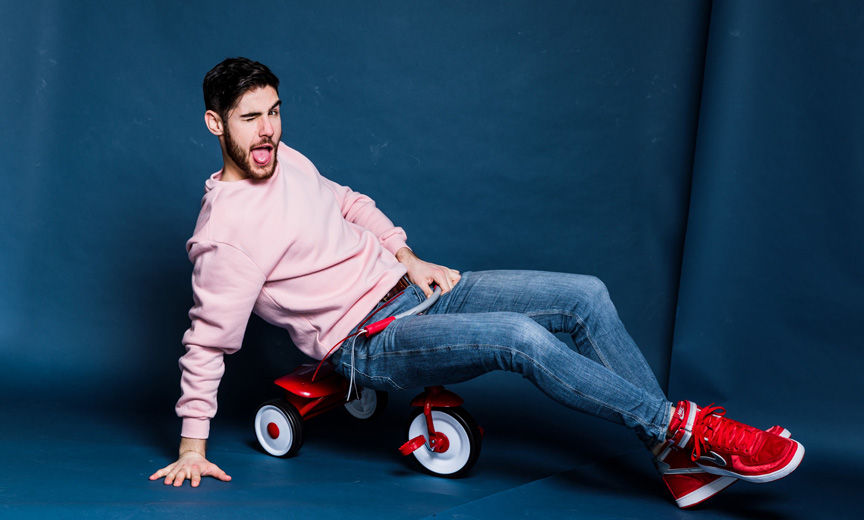 Sam Morrison is a gay comedian and an absolute delight. So, as he prepares to headline Stand Up NY on May 10, we asked him to answer a few revealing questions for us. And, boy, did he come through:

“But my first sexual experience with a woman, I went over her house, and I’m said: “I’m gay. Can we try this?” And said, “Yeah.” And then we did it. And it was fine. Like I don’t… Most gay men are traumatized by their experiences with [women]. I thought it was fine. I just, like, mostly learned a lot. I learned so much about vaginas. There’s so much going on down there that I had no idea about. You know? Like, it’s not just one line. I felt like I opened one Oreo. And then I found 19 more Oreos inside my Oreo. Does that make sense?”

Sam Tells Us What Kind of Guys He’s Into

“Metrosource wants to know what kind of guys I’m into. So I say ‘daddy.’ And most people don’t realize that when I say ‘daddy’, I mean, like, a daddy. Like, everyone thinks I’m into, like, “Oh, like a 25-year-old with, like, a baseball cap who’s bald and has a beard or whatever.” Like, I want somebody who’s confused by his iPhone. Like, my ex had size 18 to font on his phone, and that’s really the money game right there. He always had 80,000 tabs open on Safari, and they were all the same weather page. Like he had no idea what was going on. Like that kind of daddy. You know what I mean?

So that’s the whole show, actually. It’s jokes about f**king dads, and a couple about carrot jokes, but mostly about f**cking dads.

See Sam Do Stand Up

“What’s happening on May 10?” Morrison adds. “I will be headlining Stand Up New York, which is a legendary comedy club on the Upper West Side of Manhattan, and I’m so excited to do it. I’ve been working on this specific hour for years. It was just listed … as one of the best comedy events of the spring. And I’ll be bringing my best friends along. Katharyn Henson is hosting. Rufat Agayev is featuring. The same with Isabel Hagen. And it’s gonna be so much fun, and I hope you guys can make it out.”

Snatch tix to see Sam and company before they sell out here.

Interested in being the kind of daddy Sam might be into? Read our three-part series Gay Daddy 101. 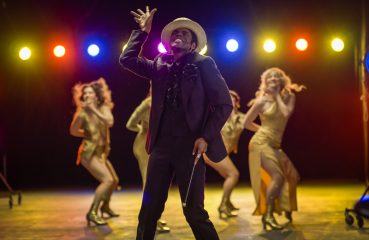 Well, Fosse/Verdon promised to go full “Pippin” this week, and they delivered. Here’s how the show’s fans and creators are flipping out over Season One... 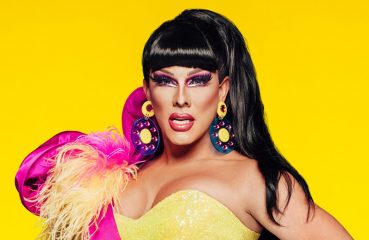 The queens had a ball with the pit crew and then had magic to do. But who said something something truly bewitching? After Last Week’s Runway Congratulating A’keria on her...