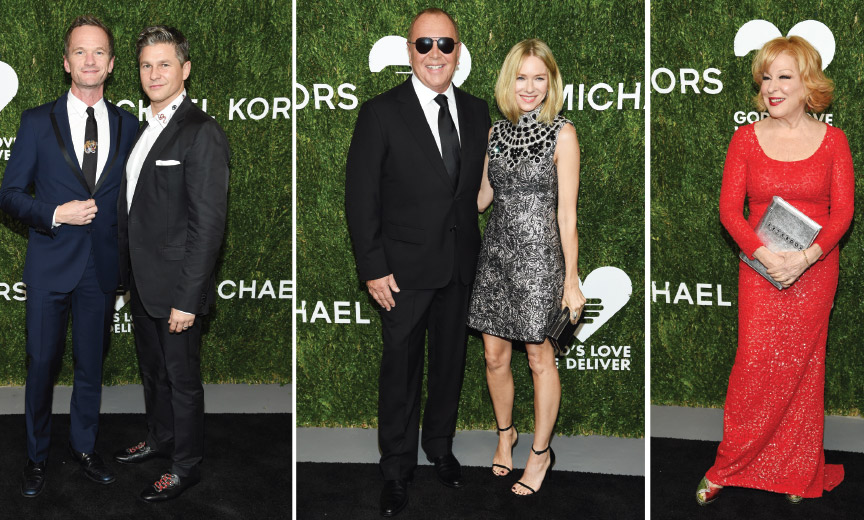 Neil Patrick Harris, Michael Kors and Bette Midler were among those in attendance at the 12th annual Golden Hearts Awards.

For more than 32 years, the New York-based nonprofit God’s Love We Deliver has been providing free meals and nutrition services to people living with chronic health conditions, founded initially to support those with HIV and AIDS and now assisting people with more than 200 diagnoses.

The organization — which in 2018 served its 21 millionth meal — annually enlists more than 13,000 volunteers and for years has drawn wide support among celebrity and philanthropic circles. These boldfaced names deliver both a healthy dose of financial support and the exposure that follows in their flashbulb-filled paths.

This past October, God’s Love recognized the considerable charitable support of those who’ve helped at its 12th annual Golden Hearts Awards. More than 700 attendees dined on meals prepared by iconic New York City eateries while celebrating a nonprofit that now serves more than 1.8 meals each year, all for free.

“God’s Love is all about heart,” says President and CEO Karen Pearl. “It is our logo: a heart and hand. The Golden Heart Award is so special, and the message we send is that food is love, food is medicine. By that I mean that individually tailored meals that God’s Love provides helps people heal, and helps them stay in their homes where they’d rather be than in hospitals or nursing homes.

“Michael is like the beating heart of the city. If there’s a community of people helping others, raising money, Michael seems to be there,” Jackman said of Kors, the man for whom his award was named. The star even punctuated his praise with a brief musical rendition of “Oh, What A Beautiful Mornin’ — adding: “I am absolutely thrilled, and I am moved to receive this tonight.”

By the evening’s end, God’s Love had raised $2.5 million, which in addition to home delivery will support such services as nutrition education and counseling to clients, families, care providers and other service organizations.

“Everything is done with love,” Pearl says,” because the services that God’s Love provides are part and parcel of the healthcare that people receive. Because what we are doing is saving lives.” 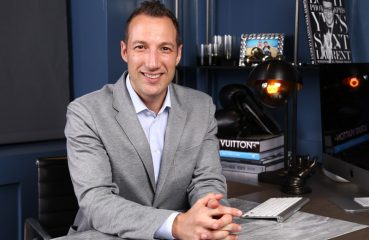 Dr. Evan Goldstein intended to become a cardiac surgeon, do well by doing good and call his career a done deal. Get People We Love announcements right to your inbox Email...

When Josh Robbins decided to engage very publicly with the world about his HIV status, it began a journey that would change lives (including his own). Josh Robbins displayed...