These Are The Best 24 Lesbian Web Series 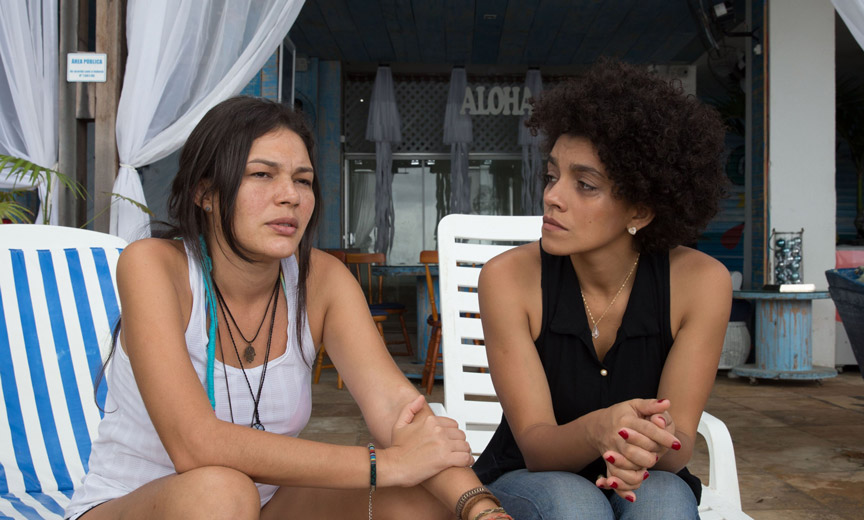 There are plenty of amazing web series made by, for and about queer women around the world. Here are 24 of the best — including newer picks and some you may have missed.

This is a new sitcom set in Las Vegas about two best friends who move in together. Yes, they’re lesbians, but it’s totally platonic. And the hilarious team at the show’s heart is sure to keep you entertained. It’s an original series from LGBTQ streaming platform Revry.

This hit show from Brazildives deep into a new kind of love story. Promising triathlete Jessica trained her entire life. Finally, she has a shot at the Olympics. But when she meets a mysterious and confident surf instructor, she realizes how trapped she feels by her life. This one is also an original series from Revry.

Follow the lives of a group of friends struggling to make it in Los Angeles, and everything that goes along with that – including homelessness!

Like High Maintenance, this series went from web wonder to being picked up by HBO. Set in Chicago, this fun series perfectly combines the comedy, seriousness, and awkwardness of real life.

Follow the adventures of a young woman who maintains hope while dealing with huge problems and borderline personality disorder. This amazing series hits all the right notes emotionally and features a soulful musical score.

Rookie detective takes on the fight against good and evil from within her corrupt police department…and ends up having a much wider impact than she ever imagined.

Straight from the lone star state, this series is action packed and has a sense of style. In summary, find out why Dallas has become a gay Mecca.

This hilarious soap opera is edgy and super-hot. Filmed in Madrid, it’s one of the most successful lesbian web series in the world.

Read Next | “Queering the Script”: Where My Minority Lesbians of Color At?

Billing itself as New Zealand’s first lesbian web series, Pot Luck features 3 friends discussing their lives and loves over a series of interesting pot luck suppers. So join the gang and find out what’s cooking.

A circle of queer women friends in Atlanta offer a glimpse into the stories of their lives.

Three female friends position themselves as “the good, the bad, and the pretty.” The humor is sure to lasso you.

In this totally real, totally unscripted series, women offer viewpoints on interesting topics. As a result, they teach us a lot about the lives of queer women in America today.

When their art history tutoring takes an unexpected turn, these girls will never be the same again. The series was filmed in Spain.

In this very different type of web series, inexperienced women are tackle some of queer life’s essential questions. One example: “Is this a date or not?” The result is a hit series that is making waves.

This Italian web series takes on stereotypes and has fun doing it. It also boasts a large and loyal following.

One of the best-known lesbian web series, Her Story presents a fun look into the dating lives of trans and queer women. Fans praise its realness.

Two lesbian filmmakers struggling to make it in LA offer audiences an inside look at their lives. Along the way, they feature some very cool musical sequences too.

Welcome to the world of theater. Meet lovelorn playwright Juliet and her unusual producer, and witness way too many messy relationships.

The Other Love Story

From India, this is the story of two women in love and their very traditional families. It’s worth watching just for the beautiful music and sensational style alone!

Are you the kind of queer person who boxes yourself into a strict identity? Or are you looking to buck all labels and stereotypes? Episodes of Boxed In take on these topics – making spot-on observations about how we identify ourselves right down to what we wear.

A dramedy about absolute determination to find true love and hopeless indecision. Yet this Australian series has great energy to it.

Set in Boston, this comedy is about two dysfunctional, codependent, drug-addicted young drunks – one gay, one straight. Indeed, they wish they could find real love but are too busy hanging out with each other to venture further afield.

These glamorous girls wish life were quite different from the way it’s become lately at their house.

This Dutch web series has earned a large following, in part by showcasing its cast on all matter of bikes and scooters. 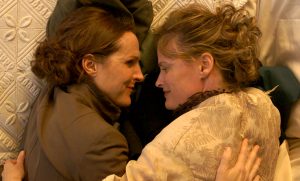 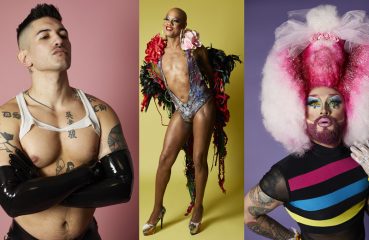 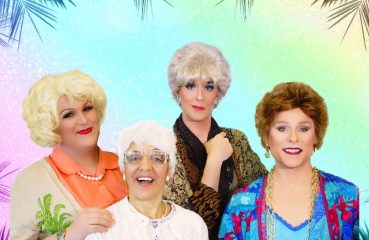