Written by Metrosource Editor| May 8, 2016| Entertainment

In an interview with Entertainment Weekly, heartthrob actor Colton Haynes has come out, and says that his open secret is now just… open. Haynes first became known as Jackson Whittemore on MTV’s hit Teen Wolf, then landed his current role as Arsenal on The CW’s Arrow. Stress has caused the young actor to take a hiatus to deal with the demands of life in the limelight.
“I’ve had terminal anxiety my entire life,” he told EW. “Physically ill, fainting. I’m 27 years old, and I have an ulcer. I had to step back.”

His private life came to public attention last January when a fan created an online post with a not-so-veiled reference to Haynes’ “secret gay past,” to which the actor responded, “Was it a secret?” He said that the public reaction was nothing less than shocking.

“I should have made a comment or a statement, but I just wasn’t ready,” Haynes said. “I didn’t feel like I owed anyone anything. I think in due time, everyone has to make those decisions when they’re ready, and I wasn’t yet.” It wasn’t a desire to live a closeted life that motivated him, but the fickle nature of Hollywood.

But these days, the star feels more supported and in a good place so he is ready to go public about that part of his life. Coming out in a glare of media publicity wouldn’t have been his first choice, Haynes admits, but he’s been supported by those closest to him. “It took me so long to get to this point, but I’m doing so good,” he said. “I’m happier than I’ve ever been, and healthier than I’ve ever been, and that’s what I care about.” 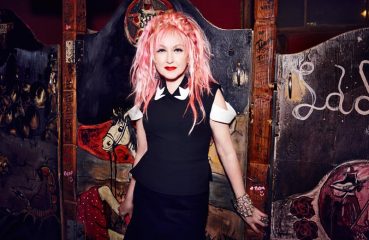 A Candid Conversation with Cyndi Lauper: Off-Road and Detouring

As Cyndi Lauper releases music in another unexpected genre, she talks to us about the appeal of Kinky Boots, her continuing work on behalf of gay youth, and which country...