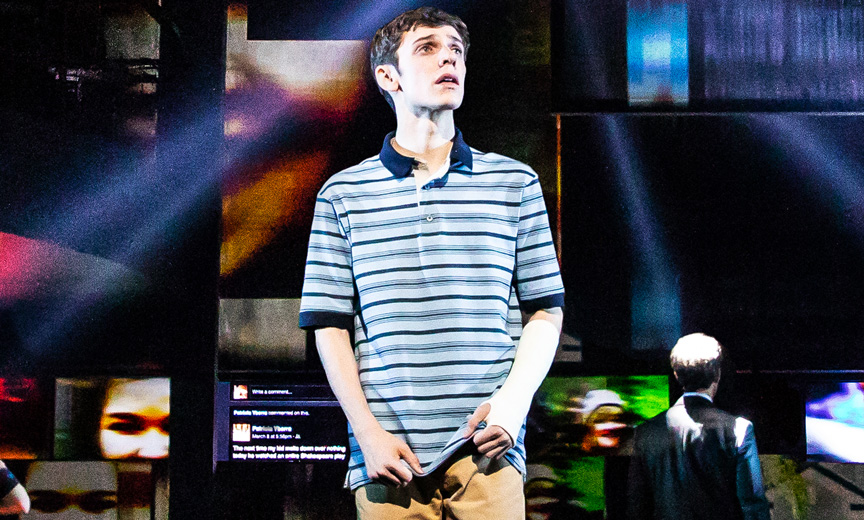 When Dear Evan Hansen first opened in December 2016, the unassuming musical about a high schooler with his arm in a cast and a catchy score took Broadway by surprise, in part because the show’s lyricists Benj Pasek and Justin Paul were relative unknowns at the time. What changed all that was simple: Together with Steven Levenson (who wrote the book for the musical), the pair tapped into the zeitgeist with teenagers and adults alike in fashioning a story that takes on social anxiety and teen suicide, then turns it into a tuneful evening with a powerful message. A year after Hamilton swept the Tony Awards, this modest jewel box of a musical left its own impact — snagging eight Tonys including Best Musical, Best Score, Best Book and Best Actor for Ben Platt (in the title role).

Bus-and-truck tours don’t often capture the magic of the original Broadway production, but the current version of Dear Evan Hansen that opened at the Segerstrom Center for Arts (playing through January 13th) loses nothing in its translation from the Great White Way. Platt left big shoes (and an orthopedic cast) to fill, but having seen the original production on Broadway, it’s clear that Ben Levi Ross steps sprightly into the role, as does the rest of the talented cast. Ross’ rail-thin physique frames Evan’s fragility and vulnerability, making it all the more disarming when he sails into Pasek and Paul’s demanding score.

Read Next | What Happens When “Into the Woods” Gets Political in LA?

Jessica Phillips hits all the right notes as Evan’s hardworking mom Heidi, who’s doing her damnedest to offset her son’s anxiety but often feels she’s falling short. Heidi is the archetype of the modern mom writ large. As Evan’s sole guardian, hers is the most crucial supporting role, because it’s through their relationship that Evan’s predicament is painted most vividly. Phillips has some brilliant moments vocal spotlight as well, and when she finally loses it in their pivotal mother-son blowout, it’s a heartbreaking moment.

The plot revolves around a daily exercise from Evan’s unseen psychologist to write himself a daily letter — a positive affirmation that “today is going to be a good day and here’s why.” One such letter finds its way to Evan’s troubled loner classmate, Connor Murphy, who commits suicide. When his parents find a letter addressed to Evan among their son’s belongings, they jump to the mistaken conclusion that the two were close. Evan tries to gently correct them, but succumbs to their need for answers. Suddenly, he’s fabricated a friendship that never existed in a misplaced desire to help them work through their grief. The wrinkle in all of this? Evan has a mad crush on Connor’s sister Zoe, who bristles at the phony picture Evan paints of her brother’s redeeming qualities. Tortured as it may sound, the tale has an organic flow, and when the school gets wind of Evan’s supposed friendship with the boy who took his life, Evan becomes a reluctant poster boyfor reaching out to peers in crisis. Evan’s lie snowballs with the help of two of Evan’s classmates, Jared and Alana (played with comedic flair by Jared Goldsmith and Phoebe Koyabe), each have a part to play in dealing with the ruse.

Like Fun Home, that other Tony winning musical about suicide, Dear Evan Hansen treats the topic with an authentic and nuanced sensitivity that never descends into cliché. Connor’s surviving family members come to grips with their loss in different ways, their turmoil made achingly clear in “Requiem.” Connor’s sister and the object of Evan’s affection Zoe (Maggie McKenna), mines the resentment of someone who was tormented by her brother and refuses to pretend otherwise.

The show slips into another gear entirely as Evan and Zoe cautiously circle one another. The most tangible benefit of Evan’s white lie is his burgeoning relationship with Zoe. Composers Pasek and Paul use “If I Could Tell Her” as a clever vehicle for Evan to express his feelings for Zoe by framing the lyric from her late brother’s point of view. Evan lists all the little things her brother cherished about Zoe, despite he fact that Connor never actually said any such thing.

That’s all eclipsed by the impact Evan’s words have on Zoe. It’s cathartic, healing and romantic. Evan starts spending more and more time with the Murphys, who come to consider him a member of the family. Meanwhile Evan has deliberately kept his mother in the dark, telling her he’s spending the night at his friend Jared’s whenever she asks. It’s only when the Murphys invite Evan’s mom to dinner that the extent of her son’s involvement with the other family becomes evident. When Connor’s parents announce their plans to give Evan the money they’ve set aside for their son’s college tuition, Heidi feels completely blindsided that she’s lost her son to a family she barely knows. Marrick Smith (as Connor) is a menacing presence while alive and only slightly less so when he returns posthumously for a series of duets with Evan and Jared. While it’s hard to buy Smith as a teenager, there are teens whose troubles makes them appear older than their peers (think Judd Nelson in The Breakfast Club), but that’s a small quibble in an otherwise strong performance.

It’s interesting to revisit this particular musical after what’s happened over the last two years. In these politically tumultuous times, when the lines between truth and lies are often blurred past recognition, the act of calling out a lie (or in Evan’s case owning up to one), is more in the news than ever. And of course that’s the leap Evan is finally forced to make. It’s an important lesson about taking responsibility for one’s actions and making things right. The message of hope and the notion that we are all connected has clearly resonated with audiences too — and that’s something worth celebrating.

Did you miss Dear Evan Hansen at the Ahmanson? Catch the touring company waving through a window in Costa Mesa, Las Vegas, Seattle, Chicago and beyond in the coming months. Locations, dates and more info are now available. 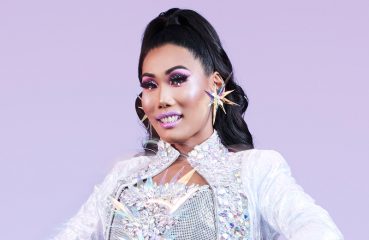 Gia Gunn’s run on “RuPaul’s Drag Race All Stars” could have painted her as trans heroine, helping to redeem the franchise after some dicey comments RuPaul had made about... 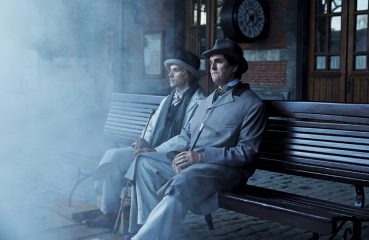 After portraying Oscar Wilde, in David Hare’s The Judas Kiss on the stage two year ago, Rupert Everett returns to again play the iconic gay writer and legendary wit, this time...