Ask Daddy: This is How to Pick Your Identity in the Gay World 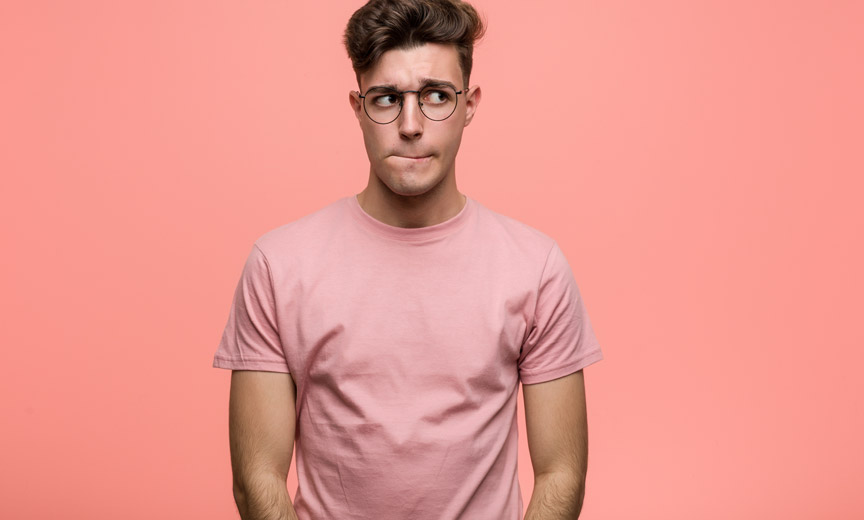 In our weekly advice column, Ask Gay Daddy, Kevin responds to a young adult who knows what he likes, but isn’t sure what role suits him best.

Dear Daddy,
I’m writing because I don’t know where to turn. I’ve been out for more than a year now, and I can honestly tell you I have friends who love and support me (emotionally, that is). And after being on the dating scene for a while, I’m sure that being a bottom is what it’s all about for me. But does that define me in the gay community?

Am I automatically a sub if I’m a bottom? If I’m a sub, does that mean I need to behave in certain ways around a dom? Words like “slave,” “boy” and “beta” make it so much harder to figure out where I belong. I know a little about pups and pup play, but someone mentioned ABDL over brunch the other day and I almost fell out of my chair. I don’t judge, but it feels like there’s an endlessly deep well and every time I look over the edge, it only gets deeper. How do I find out who I really am?
I could sure use your help.
—Peter in Madison

Hi Peter,
I feel you. If it’s one thing we gays seem to like, it’s having things done up nicely. Is it why we gentrify neighborhoods and have been stereotyped as flower arrangers and hair dressers? Who knows. But I want you to understand that the only box you belong in is the one that you choose or create and feel comfortable inside. You may be shocked to read this, but many of us have made it into maturity with no box whatsoever.

If you’re asking about terms, that I can help you understand. These concepts aren’t as strictly defined as hanky codes once were (and don’t get me started on those), so there’s some variance even among those practitioners as to precisely what they mean. In general, you can most certainly be a bottom without being a sub. A bottom is the receptive partner, and while some believe that puts the top in charge, let me ask you: how powerful is a top with no bottom? Whether you’re dancing the tango or singing a duet, both are essential partners whose contributions involve complimentary but not identical roles.

When a Sub is Not A Sandwich

Subs are subservient to dominants because that’s what resonates for both parties. That often means the sub takes deferential attitude toward the wishes of the dom. In some relationships, that refers to the bedroom alone, and others enjoy showing their bond to the world, or just to other members of the community in safe spaces like bars or LGBTQ social events. Slaves simply lean harder into that idea. They may like their master to dictate what they wear, be expected to perform certain duties at a particular time, and may take some enjoyment from being punished if he violates the rules they establish. It’s a bit of a game. But like chess, it’s also a mental exercise, so it doesn’t always look like fun from the outside because it’s a challenge that requires focus and trust.

As someone who identifies as an Alpha, I can tell you that a beta is not a sub, although he can certainly be a bottom. A beta follows his Alpha the way a boy would follow his dad. It’s a position of authority that comes from acknowledging that you’re the mentee and he is the mentor, much like a coach and an athlete. There’s nothing particularly sexual about being a beta. Many of us find ourselves in jobs where we’re either alpha or beta. And while it would be wrong to say that doms and subs and masters and slaves don’t respect each other, the bond in alpha/beta relationships can appear more familial and less kinky to onlookers.

Boys Will Be Boys

Being a boy is actually fairly straightforward, but perhaps among the more edgy identities a young gay man can adopt. A boy is not a sub, so he has free will. But generally in the gay community, a boy is someone who seeks out the company of more mature men. Some seek a Daddy, and some seek all the Daddies. In some instances, a Daddy/boy bond that will mean no more than one partner is older and the other younger. There are also bottom Daddies and boys who top. And there are relationships where the partners engage in age play in which the boy adopts the mindsets of someone who may not even be of legal age. Let me be really clear on this: We’re not talkinh abnout pedophilia. Both men are adults making choices that only adults should make.

Since you reference ABDL in your letter, let’s leave the topic with that one. As I’m sure your friends explained, that acronym refers to Adult Baby Diaper Lovers. And yes, that’s a thing, like plushies and furries (let’s save that one for another time, too), in which adults enjoy infantilizing themselves by wearing diapers, being spoken to in baby talk and being regarded as a toddler or younger. The first time I encountered one was at a buddy’s house where we were playing Cards Against Humanity. I stood up to go to the bathroom, and as I walked by I saw this cute young guy’s diaper sticking out of the back of his shorts. Other than being clean-shaven, there was nothing to indicate that was his kink.

So that’s broadly what some of the terms mean. But how is this info useful to you? It means that these choices are way-stations to becoming the person you aspire to be. There are books to be read, conversations to be had and explorations to undertake. Don’t miss the rewards of your journey by focusing too much on what the end result might be. Think of creating your identity the way a courtroom artist sketches — rough and full of lines that seem to lead nowhere and not make much sense. But when you pull back to see the final result, the image becomes unmistakably clear.

Until then, don’t identify as anything that feels forced, internally or externally. And absolutely never let someone else define you. It’s one of the great gifts of being alive: to be your own hero. 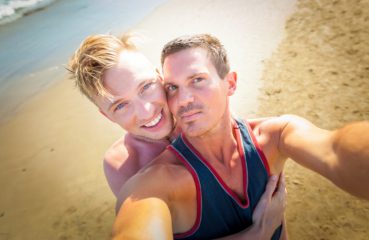 Weddings can be hectic. So consider a honeymoon destination where you can really unwind. Blue Waters Resort & Spa in Antigua is an idyllic island paradise. It’s also... 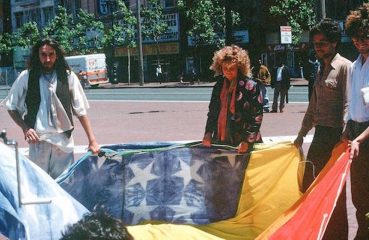 This is the Mystery Girl Who Helped Create the Rainbow Flag

Not many know how a straight woman helped make the rainbow flag an LGBT reality. Now Lynn Segerblom is finally getting some long-deserved recognition for her part in bringing the...