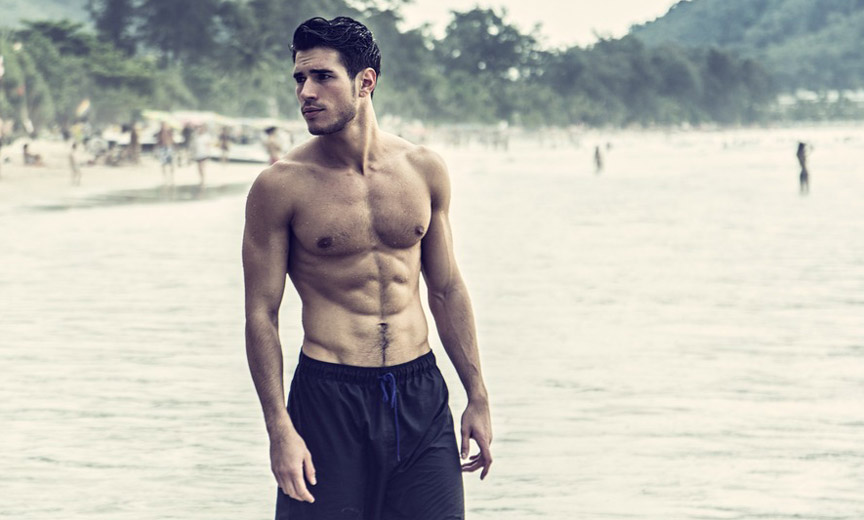 If you’re the kind of traveler who values unique experiences, you’ll want to consider these destinations that mix the charm of the familiar with the fun of the unknown.

From the storied capitals of Europe to the exquisite islands of the Caribbean, the world’s top destinations offer amenities that call travelers back time and again. But what if you could visit somewhere that offers all the charm and culture with fewer crowds, less-explored culture and adventures that your friends haven’t already experienced? Check out some of our less-traveled suggestions; if you like where you’ve been, we can recommend somewhere special that you’re really going to love.

Though it borders Italy, Austria, Hungary and Croatia, if you asked friends to point out Slovenia on a map, chances are they could not. That is a big part of what makes this Eastern European find so special: it’s got all the charm of Europe with a twist.

Picture yourself among the cobblestone streets of the capital, Ljubljana, with its baroque buildings and their striking red-tiled roofs. Take the funicular up to its medieval castle, and stroll the three spans of the beautiful Triple Bridge. On Fridays from March through October, visit Odprta Kuhna, an open-air food market where some of the country’s most famous chefs purvey delicious little dishes. 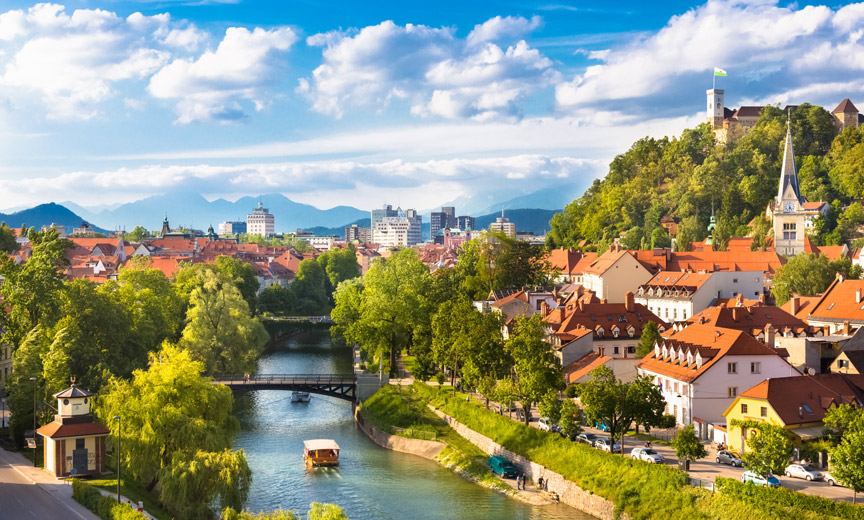 Just an hour away, you’ll find the country’s gem: Lake Bled. Its azure waters form a natural moat around a picturesque, chapel-crowned island. You can hire a hand-paddled boat to take you, but it’s also an easy swim in the temperate waters. Stay at the Vila Bled Hotel — converted from a totalitarian-fabulous summer home built here by Dictator Tito.

Nearby Lake Bohinj is a locals’ haunt with electric boats plying its placid waters and hiking trails snaking up surrounding peaks. The adventurous can whitewater raft down the Soca River, then reward themselves with the tasting menu at Hisa Franko . This rambling former farmhouse is now an auberge helmed by one of the country’s most famous chefs, Ana Ros. Enjoy seasonally evolving dishes like agnolotti filled with local sheep’s milk cheese, garnished with foraged chanterelles and a reduction made from fresh-caught Adriatic shrimp.

Continue farther west to arrive in the wine region of Goriska Brda, which bears a striking resemblance to the hilly landscapes of Tuscany. The region produces great white wines from the Rebula grape. Stay at the 400-year-old Castillo Gredic and have a glass by the infinity pool with vineyard views before dinner on the flower-lined patio. Their braised-beef ravioli is made with local Yamar goat cheese aged in special caves north of Trieste. Visit gay-owned Luxury Slovenia for a full itinerary of friendly Slovenian pleasures.

Read Next | This Is What Ft. Lauderdale Has to Offer Gay Travelers

It seems like everyone who goes down under sees Sydney’s Opera House, marvels at the majesty of Uluru and dives the Great Barrier Reef. So why not be the one to brag that you saw what the rest of the continent has to offer?

Just over an hour flight from Sydney, Adelaide is South Australia’s capital and one of the hottest foodie destinations of the moment thanks to a plethora of new restaurants, e.g., Orana, where Jock Zonfrillo’s dishes incorporate indigenous Australian ingredients. Stay at the elegant, recently opened Mayfair Hotel — beautifully converted from a vintage 1930s life insurance office building. 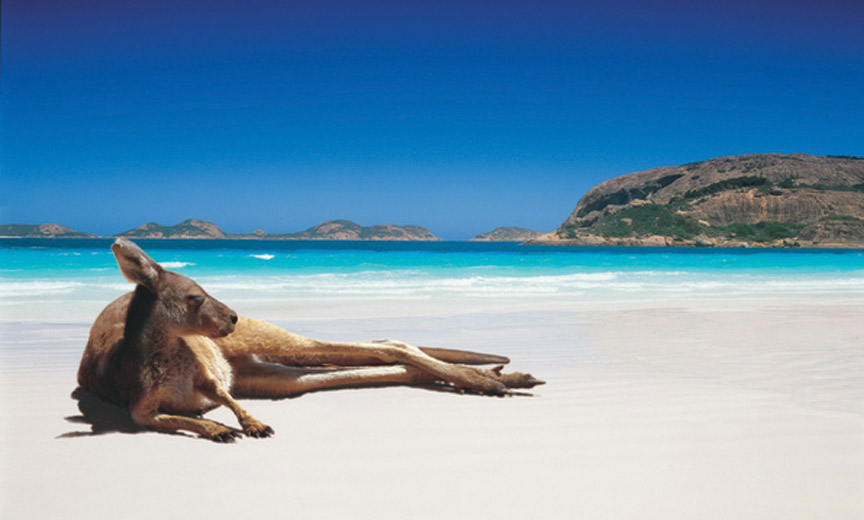 Tour the area’s up-and-coming wine regions with A Taste of South Australia, and stay at elegant lodge The Louise, which is known for its acclaimed restaurant Appellation. If Shiraz is your grape of choice, head to McLaren Vale with Off Piste Tours. Take a short flight or ferry to Kangaroo Island for wildlife tours that include the island’s titular marsupial — plus wallabies, sea lions and koalas. If you need accomodations while there, consider the lauded South Ocean Lodge.

Perth, Western Australia’s capital, is in the midst of an economic boom. Enjoy it at the recently-opened boutique Alex Hotel in the heart of the city’s heritage district, and toast the community at the gay hotspot Court Hotel Bar. About three hours’ drive south is another wine region:Margaret River, which boasts over 120 wineries. No matter which others you visit, be sure to book a leisurely degustation lunch with wine pairings at Vasse Felix. You may want Top Drop Tours to lead the way — offering an insider’s guide to the area and the added bonus of not having to drive after all those wine testings.

To the north lies one of Australia’s best-kept secrets, Ningaloo Reef. Snorkel beside enormous whale sharks; then, relax at barefoot-chic eco-camp Sal Salis (salsalis.com.au) with fireside canapés and cocktails.

South Africa may have become synonymous with safari, but that can also mean crowds that clutter up the view or drive away the very animals you’ve come to see. If you want to experience a more singular safari, head to Zambia. Start your trip at luxurious-but-laid-back Tongabezi Lodge outside Livingstone, the base for exploring Victoria Falls. Awaken to little vervet monkeys scampering across your riverfront deck. Spend a day exploring jungle paths in rainbow-riddled mists, and consider a dip in the Devil’s Pool at the very edge of the falls. 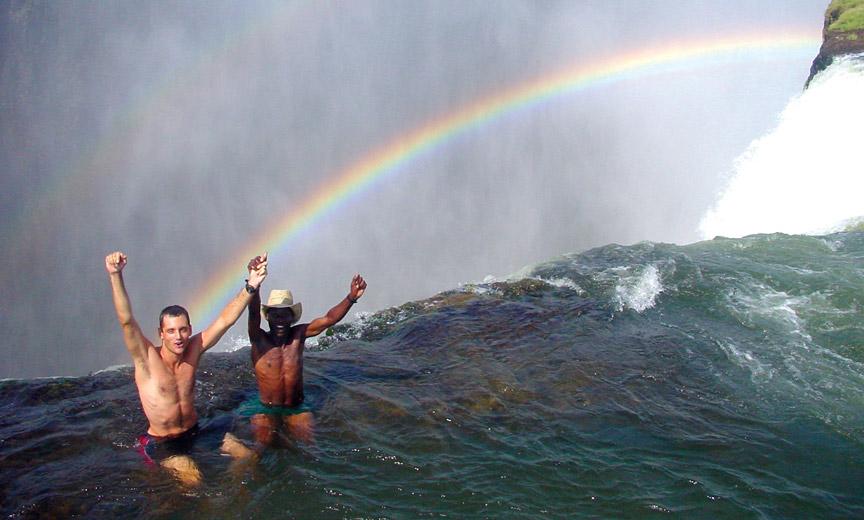 It’s a short flight to Lower Zambezi, one of the country’s more rustic settings. There are just six camps in this park — featuring colorful names like Potato Bush and Sausage Tree, so your safari drives will be uninterrupted by other vehicles as you scope out elephants, zebra, impala, kudu and lions. And don’t miss the water safaris, where you can paddle a canoe past bloats of hippos and sunbathing crocs.

For rare leopard sightings, head to Zambia’s must-stop safari park South Luangwa in one of the country’s most animal-rich areas. It is also home to Chinzombo, the latest luxury camp, where you can stay at one of six exclusive deluxe villas along the riverfront. Enjoy guided walking safaris, river cruises and more — before lantern-lit gourmet dinners back at camp. For help putting together your experience, consult luxury outfitters Ker & Downey.

If you really want to explore a destination few outsiders have seen, consider Sri Lanka, which has been off the tourist map for many years due to civil war. However, this island nation is now at peace and has made dramatic strides to becoming one of Asia’s must-sees. From the capital of Colombo, it’s a four-hour drive to the north’s cultural triangle and its dramatic 4th-century mountaintop fortress Sigiriya and lakeside city Kandy. Nearby, find the boutique Ulagalla Resort in a 150-year-old mansion set amidst 58 acres of lush gardens. 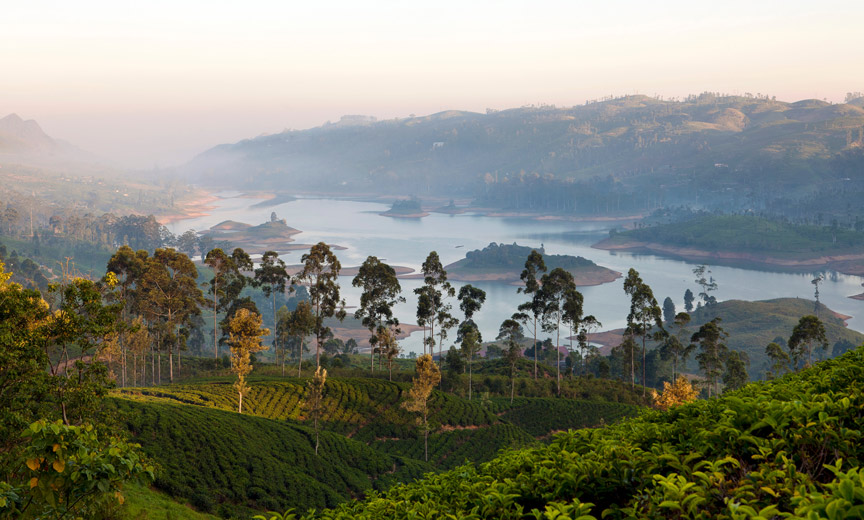 Farther south, the island’s highlands feature rolling green tea plantations, many of which now host beautiful hotels and inns, including Relais & Chateaux’s Ceylon Tea Trails. In the southeast, Yala National Park has not-to-be-missed wildlife. Stay at Chena Huts Resort, nestled in the jungle along a beach where sea turtles come to nest and elephants stop by for a swim. Finally, see the area around Galle: the 17th-century Dutch fort city is now filled with galleries, boutiques and charming hotels — including the uber-luxe Amangalla. Sri Lanka specialists Cazenove+Loyd craft bespoke itineraries featuring the island’s best.

If You Liked: Argentina
Try: Chile

Don’t cry for Argentina — it seems like everybody goes to see what’s new in Buenos Aires. However, if South America is on your travel wish list, consider its less flashy neighbor Chile, which offers similar pleasures aplenty, plus its own unique appeal. The narrow nation runs nearly 4,000 miles north to south and boasts landscapes that vary from red deserts and barren glaciers to lush vineyards and lake-dotted forests.

See the capital, Santiago, and stay at the new Singular Hotel; its rooftop pool and bar is the place to see and be seen while sipping cocktails after a day out hiking Cerro San Cristobal or visiting the fashion-focused Bata Shoe Museum. 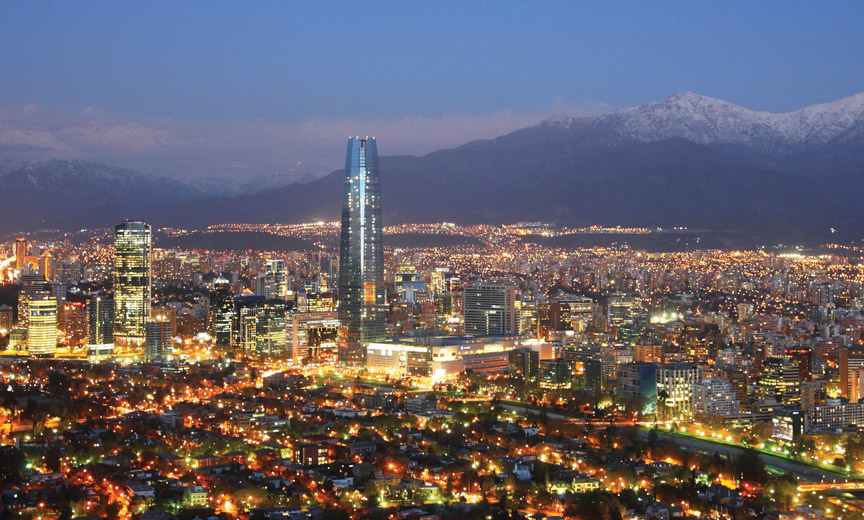 Spend a few days in wine country at the new luxury lodge at Viña Vik. Take horseback rides in the vineyards, then relax in one of 22 suites — each decorated with its own theme and filled with art from the owners’ private collection. Its restaurant serves locally-sourced and foraged foods that tend to pair well with the estate’s flagship red blend.

Up in the country’s north, the Atacama Desert is the driest place on earth. Take a dip in high-altitude geysers, sandboard down enormous dunes, see flocks of wild flamingos and stay in the lap of luxury at Tierra Atacama.

Most visitors miss the country’s central areas, such as the culturally rich Chiloé Archipelago, where you can visit small towns dotted with colorful churches and spot porpoises and blue whales in the channels between islands. In the south, Patagonia hosts Torres del Paine National Park, where you can trek the triple peaks of the Paine Massif, stroll the shores of Lake Sarmiento and Laguna Azul, and see herds of guanacos (llama-like creatures) — maybe even a puma. Then wrap up your adventure at Tierra Patagonia; as you unwind by the chalet-style fireplace, you can raise your pisco sour in a toast to a world’s worth of unexpected adventures. 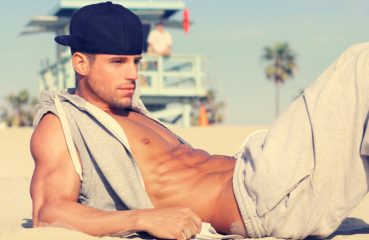 You already know that Fort Lauderdale offers sunshine, gorgeous beaches and one of the largest populations of same-sex couples in America. But what else awaits? Ft. Lauderdale Is...

Glamping — AKA “roughing it” with creature comforts — is one great way to create a memorable vacation. We headed to Montana’s big sky country, where some...