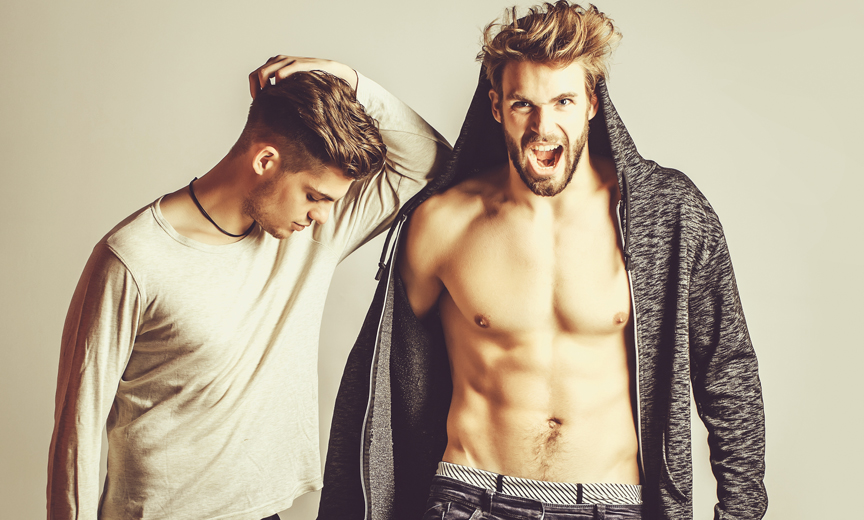 He was my secret high school crush. She was the teacher we both turned to for advice. And in one fateful conversation, I learned what it feels like when your high school crush might be gay.

Victor was beautiful: dark hair, smooth skin, tall and with shoulders like a linebacker. Since he was a senior and I was a freshman, I felt like an unformed ball of adolescent pudge next to what I perceived as his towering maturity. During the few conversations I had with him, I was awkward and tongue-tied.

But we were both in my high school’s production of Fiddler on the Roof. So there was plenty of time to hide nearby – just far enough outside his general orbit to not really be noticed but close enough to marvel. Guys wanted to impress him. Girls complimented at him adoringly until they were rewarded with one of his easy laughs.

Toward the end of the production, we were all gathered in the auditorium. Victor was telling the whole group how much we meant to him. And I started tearing up. He noticed, and he even made a little joke about it. I was embarrassed but also grateful to be seen by him. He patted me on the back, tousled my hair, and pulled me in for a little hug. I remember trying to memorize the moment in case I never had the opportunity to be that close to him again.

Meanwhile, outside of theater, my school world revolved around Ms. Curry. As a history teacher, she dared to trace our nation’s history from the view of those who’d been disenfranchised. We read stories from Native Americans displaced by the colonists. We heard tales of slaves who worked the plantations of the founding fathers.

What’s more, as the Speech & Debate team coach, Ms. Curry also channelled my energy into competitive dramatic reading. This combined two of my great loves: being theatrical and receiving a grade.

Ms. Curry was the type of teacher who was constantly visited by upperclassmen and graduates in search of advice. This annoyed me. Those older boys had their time with her. I wondered: Why should they get to constantly interrupt ours?

These two worlds collided one day when I was meeting with Ms. Curry in her classroom. Unlike the other interrupters, I didn’t mind when Victor barged in on my one-on-one coaching session. The musical had been over for some time; so I’d had little excuse to see him. And he was clearly upset about something. Ms. Curry graciously gestured for Victor to sit but also indicated that I should stay.

It turned out: Victor’s father had threatened to send him to military school. Quietly, I fumed. How dare he threaten my Victor?

“Why don’t you tell them you’re gay?” Ms. Curry suggested.

I choked. Was Victor gay? I’d had crushes on straight boys. But I had never known anyone in my life to be openly gay. What were the odds that this beautiful man, whom I’d spent so many hours adoring from across an auditorium, could share my shameful secret? And why would Ms. Curry even hint at such sensitive information in front of another student?

“Even if it’s not true, it would be against the rules for them to accept you,” she continued. Victor was not thrilled with this option. Without confirming or denying whether he was gay, he noted how angry it would make his father. Ms. Curry promised that she would give it thought and do everything in her power to keep him from this fate. Victor excused himself. His heavy feeling of bearing a burden alone had clearly already lessened.

Why Did All This Happen?

Ms. Curry looked back to me. “I assume Victor can count on your discretion,” she said matter-of-factly. Some part of my Catholic schoolboy self felt part of a conspiracy, but I nodded emphatically. I would have done anything to protect my high school crush.

I can’t be sure why Ms. Curry made me a part of that conversation. My instinct is that she had sensed my deeply divided feelings about my own sexuality. She knew I would benefit from seeing two people have a conversation that acknowledged the existence of gay people and understanding that there might even be ways that being gay could be an asset.

Ms. Curry gave me a lot of great advice over the years. I thought I’d be one of those boys who couldn’t stop coming back to her. However, while she remained a bedrock for me throughout high school, I never went back to interrupt a class or meeting as I’d seen so many others do. She had already understood me so completely and prompted me to grow so adeptly, I did not need to. But I do hope she knows how much better my life is because of her.

As for Victor, I never found out whether or not he was gay. Regardless, I wouldn’t have dared make a move – even I’d known he was. But he’ll always be my first high school crush. And I like to think he wouldn’t mind.

Are you a young person dealing with a crush? Check out the Trevor Project Support Center’s Guide to dealing. 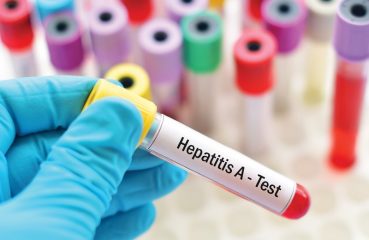 Hepatitis A: This Is Why Gays Are At Risk

What is hepatitis A? How do you get hepatitis A? From transmission to treatment, we look at the current hepatitis outbreak, and ask why gays are at risk and is is curable? The...

Start Your Yuletide Gay: This is How to Rock Out Your Friendsgiving

Want to start the Yuletide gay with a Friendsgiving feast? Whether you’re hosting, visiting or agreeing to eat out with your LGBT chosen family, there are a few sure tips...