David Bowie has died at the age of 69, after changing pop and rock. Thank you for the music, sir.

His exit comes the same weekend as his release of his album Blackstar. He went out on top, with a strong album that lives somewhere outside the realm of normal, but is palatable for listeners of all tastes—a fitting final note for his career as an approachable oddball. Meanwhile, his off-Broadway musical Lazarus continues to do very well at New York Theatre Workshop, and its title song was released four days before his death. In a moment of poetry, Lazarus was the biblical character who lived after death.

Bowie’s first single, released under the name Davie Jones with the King Bees, was released in 1964. It wasn’t a commercial success, but if you listen to it, the talent is there.

After a couple more false starts, Bowie considered leaving pop altogether to become a mime. He didn’t of course, and “Space Oddity” was released in July 1969. And we’re all the better for it today.

Thank you for forcing us out of comfort zones, David Bowie. And thank you for your music you leave behind. 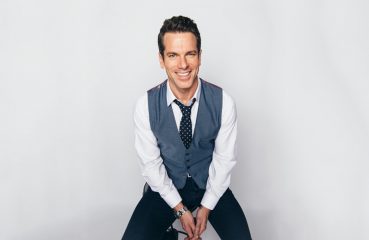 The newsman talks with Metrosource about climbing the media ladder, leading a professional life in the public eye, and whether coming out has anything to do with it. I’m...

Which films, actors and directors have a chance of taking home statuettes on Hollywood’s biggest night?...